Susmita Pal will pursue her research work on targeted molecular imaging using High- Resolution Magnetic Resonance Imaging modality at the University of Texas MD Anderson Cancer Center, Houston. She has worked at West Virginia University and University of South Florida as a postdoctoral research scientist. After taking a career break, the M. Hildred Blewett Fellowship will enable Susmita to resume her research career and broaden her research horizons. 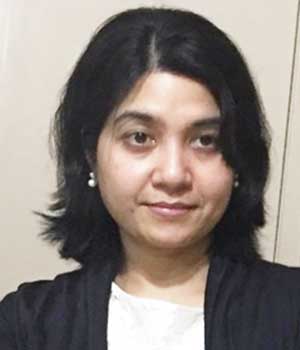 Tamar Mentzel, Ph.D., is a post-doctoral researcher in the physics department at Harvard University. She studies the electrical and magnetic properties of low-dimensional materials. She is interested in novel approaches to probing the behavior of electrons and spins on the nanoscale, and in creating artificial lattices that would serve as a quantum simulator. Tamar’s prior work has focused on charge transport in semiconductor nanocrystal solids. She holds patents for optoelectronic devices made of semiconductor nanocrystals and for a technique for measuring electrical conductance in extremely resistive materials. She made the first electrically conductive, nanopatterned films of semiconductor nanocrystals. Tamar was previously a UC Berkeley Chancellor’s Post-doctoral Fellow and earned her Ph.D. in applied physics from Harvard University and her BS in physics and mechanical engineering from Yale University. She serves on the organizing committee of Yale Women’s alumnae group in Boston and focuses on programming for women and science. 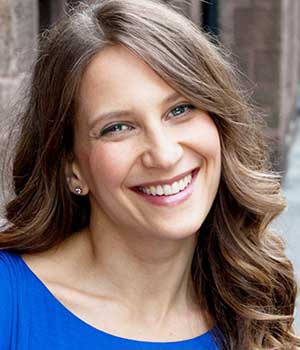 Dr. Satomi Okada is an Adjunct Assistant Professor in The University of Alabama. Because of her health and financial problems, she had to interrupt her research career when she was a graduate student of a Ph.D. program in physics. After more than 10 years, she got an opportunity to come back to physics Ph.D. program and received her Ph.D. degree in Spring 2018 from Yamagata University in Japan. This fall, Dr. Okada joined her collaborator's research group at the Department of Physics and Astronomy, The University of Alabama. She is very grateful to M. Hildred Blewett Fellowship program which enables her to continue her research. Dr. Okada is a theorist, and her research focuses on new physics beyond the Standard Model. Although the Standard Model of elementary particles is known as the best theory to describe elementary particle physics phenomena, it suffers from various problems and new physics beyond the Standard Model is expected to take place at higher energies. Towards solving the problems of the Standard Model, Dr. Okada have been investigating various aspects of new physics beyond the Standard Model, such as neutrino physics, high energy collider physics, grand unified theories, extra-dimensional models, inflationary universe, and dark matter physics. 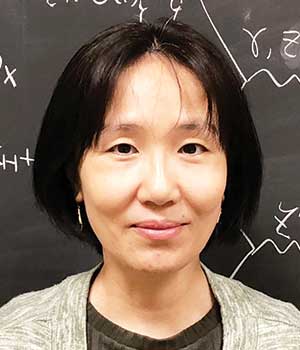 Steph Kubala is a Ph.D. candidate in plasma physics at University of Wisconsin at Madison. After pausing her research to care for an ailing parent, Ms. Kubala has resumed her research on the Madison Symmetric Torus (MST), a reversed-field pinch fusion device, where she specializes on its Thomson scattering diagnostic. Her thesis work focuses on characterizing how magnetic field fluctuations scale with Lundquist number, a parameter that characterizes the quality of confinement in the experiment. The Blewett Fellowship will enable Ms. Kubala to continue her work toward completing her Ph.D. 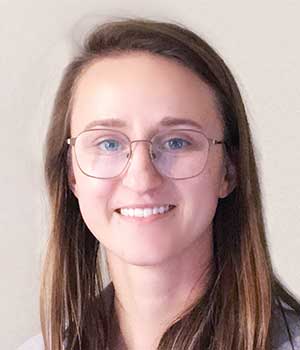 Dr. Asma Al-Qasimi received her university education at the University of Toronto, where she graduated with a Ph.D. from the Department of Physics in 2011. Her thesis was on "Studies in Classical and Quantum Correlations and Their Evolution in Physical Systems." At the beginning of her postdoctoral career, she was a Visiting Researcher at McMaster University for a year, where she studied atomic distributions that displayed rainbow-like structures, in very cold setups. Following that, she began her career at the University of Rochester (UR), where she studied quantum-like properties of classical light. While still at UR, following her marriage, and at the onset of her first pregnancy, her health started declining rapidly. At some stage, it got very serious, she had to be hospitalized and was diagnosed with hyperemesis gravidarum, a rare condition that affects less than 1% of pregnant women. She was put on several medications with side effects that blurred her concentration. Eventually, she was forced to put her career on hold for three years, during which she had a second difficult pregnancy, but ended up having two beautiful children, who she thinks is worth infinitely more than what she had to go through to have them. Dr. Al-Qasimi is very grateful for the award of the M. Hildred Blewett Fellowship, that enabled her to resumed her work at UR. When she won it, it opened up the opportunity to continue in her passion, and it made her feel like she came back to life again! 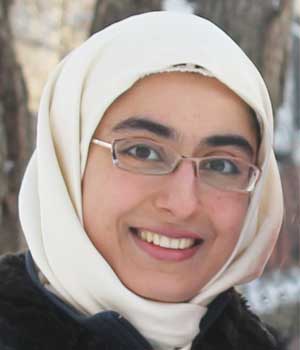 Wafia Bensalem grew up in Constantine, Algeria, where she did her undergraduate studies in physics and specialized in theoretical physics. She then did her graduate studies in Canada. She received a M.Sc. in Physics from UQTR (Trois-Rivières, Canada), and a Ph.D., in 2003, from l’Université de Montréal (Montreal, Canada) in theoretical particle physics. Wafia just had her third daughter when she finished her Ph.D., while her two other ones were only six and two years old. So, she had to interrupt her research career to take care of her children. Three years later, she started working in Saudi Arabia, where she spent nine years teaching physics, at Imam University (Riyadh). She had her fourth daughter there.

The M. Hildred Blewett Fellowship has been a great opportunity for Wafia. It enabled her to reconnect with research (after a fourteen-year break) and to be updated with what has been done in the subjects of theoretical particle physics she is interested in. Thanks to the Blewett fellowship, she is now doing research with the Theoretical Particle Physics group, at Carleton University (Ottawa, Canada). She is studying flavor effects on dark QCD models which offer a dynamical explanation to the observed similarity between energy densities of dark matter and ordinary matter. Dark matter is a hot open problem in particle physics and cosmology. Its existence has been confirmed because of its gravitational effects, but its nature is unknown. There is about five times more dark matter than ordinary matter in the universe. Wafia is a returning Blewett Fellow. She will continue to investigate the constraints on the dark matter flavor structure in different scenarios of dark QCD. 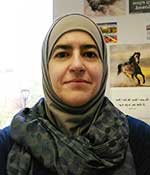