Dr. Gurbinder Kaur, is a graduate from Guru Nanak Dev University, where she obtained her undergraduate degree (Honors School in Physics) in 2004. She earned her Ph.D degree from Thapar University in 2012. During her Ph.D, she was the Principle Investigator for the project ( based on fuel cells), awarded by Department of Science and Technology, New Delhi (2010-2012). She extensively studied the differential thermal analysis and thermogravimetric response to get insight about the crystallization behavior of the ceramic sealants. She studied the conductivity behavior of the low temperature copper/zinc/manganese doped bismuth vanadate electrolytes. She is the recipient of the fellowship under the RFSMS scheme of University Grants Commission (UGC), 2010.

After completing her doctorate, she moved to Virginia Tech, USA to work as a Post-Doctoral Fellow. She was an integral part of the research team of the host institute to address the complex issues of the leakage losses in the planar design of SOFC. Her prime area of research was to focus on the long-term R & D needs to tackle the technical challenges like development of efficient current collector system. During her course of work at Virginia Tech, she also wrote a book on “Modern Physics” with McGraw Hill education. 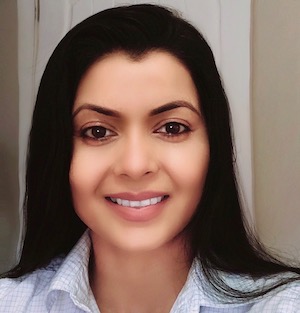 Hyejin Yoo, Ph.D., is a postdoctoral researcher in the biophysical chemistry department at Yale University. Her research investigates the kinetics and thermodynamics of RNA folding in crowded environments as well as metabolic precursors in a cell with Fast Relaxation Imaging, which combines fluorescence microscopy and temperature-jump spectroscopy. Her overarching research interest is in investigating dynamics of biomolecular systems with state-of-art spectroscopic instruments. She obtained a B.S. in chemistry in 2007 and a Ph.D. in physical chemistry in 2013 at Yonsei University in South Korea. During her Ph.D. training, she developed single-molecule fluorescence microscopes and characterized optical properties of light-harvest mimicking materials. Her Ph.D thesis entitled “Single-molecule fluorescence spectroscopic studies on porphyrin and perylenediimide multichromophoric systems” resulted in 4 first author publications. As a graduate student, she was awarded Foreign Young Researchers Fellowship of Global-COE program in Japan as well as Seoul Science fellowship.

After a 4-year break owing to health and family matters, Hyejin resumed her career at Yale University and expanded her research area to biophysics, a field where her physical chemistry expertise can be integrated to provide a deeper understanding of disease mechanisms. She is grateful for the award of the M. Hildred Blewett Fellowship, which enables her to continue and broaden her research. 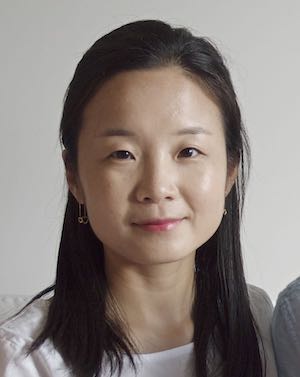