Dr. Gurbinder Kaur, is a graduate from Guru Nanak Dev University, where she obtained her undergraduate degree (Honors School in Physics) in 2004. She earned her Ph.D degree from Thapar University in 2012. During her Ph.D, she was the Principle Investigator for the project ( based on fuel cells), awarded by Department of Science and Technology, New Delhi (2010-2012). She extensively studied the differential thermal analysis and thermogravimetric response to get insight about the crystallization behavior of the ceramic sealants. She studied the conductivity behavior of the low temperature copper/zinc/manganese doped bismuth vanadate electrolytes. She is the recipient of the fellowship under the RFSMS scheme of University Grants Commission (UGC), 2010.

After completing her doctorate, she moved to Virginia Tech, USA to work as a Post-Doctoral Fellow. She was an integral part of the research team of the host institute to address the complex issues of the leakage losses in the planar design of SOFC. Her prime area of research was to focus on the long-term R & D needs to tackle the technical challenges like development of efficient current collector system. She is a recipient of Post-doctoral Fellowship from University Grants Commission, New Delhi (2014) for pursuing research work in the field of bioactive glasses. She works on a variety of different materials and applications including high temperature energy materials, bioactive materials and optical materials. She has written/edited seven books based on her research work with reputed publishing houses like Elsevier LLC and Springer. She coached and co-ordinated the interns, graduates and research scholars thoroughly. Her current research activities are to develop promising alternatives for safe, economical, scalable energy storage, with high power density and tolerance against mishandling i.e. LIBs. Additionally, she is very keen to address the environmental impact and geopolitical consequences of these batteries to further enhance the eco-friendly characteristics. 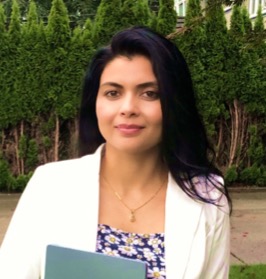 Born into a Punjabi-immigrant lower-working-class family, Tarnjit Kaur Johal grew up in Southall, a suburb of London, England. Benefitting from a state-school system and a tuition-free university education, she achieved a Bachelor of Science in Physics at King’s College University of London (1992), Masters in Semiconductor Science and Technology at Imperial College London (1993), and a doctorate in Surface Physics at the University of Liverpool (2000). In 1998 Tarnjit was awarded a Marie Curie Fellowship to develop synchrotron-based spectromicroscopy at Elettra in Trieste, Italy. This was followed by a post as senior scientist at the National Nanotechnology Laboratory-INFM, Lecce, Italy, where her research focussed on III-V semiconductor quantum dots and subsequently a role as the Principal Beamline Scientist at the variable polarization undulator soft x-ray beam line at Daresbury Laboratory, United Kingdom. Tarnjit has co-supervised graduate students, trained doctoral students, published over 40 papers in peer-reviewed physics journal, presented at international conferences and given invited seminars.

Following an unplanned career break to have a family coupled with migration to Canada, she was unable to find a workable re-entry into science that was compatible with motherhood. She worked in the private sector where she developed skills in data engineering (data modeling and architecting databases), data handling (cleaning, transforming and multi-linking disparate sources of data), statistical modeling and learning (using both R and Python). This process rekindled a passion and eagerness to apply these data science techniques to experimental data and unravel the fundamental physics encoded in experimental spectroscopy of functional energy materials through the application of machine learning techniques. 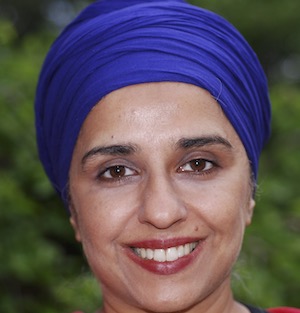