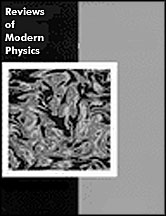 The APS is compiling a special Centennial issue of Reviews of Modern Physics (RMP), featuring approximately 50 all-new, commissioned articles by leading physicists in a broad range of fields. "The idea is to produce a record for physicists that attempts to describe what's happened in physics in the last century, what's going on now, and what we have to look forward to in the future," said Benjamin Bederson (New York University), former APS Editor-in-Chief, who is overseeing the project. The issue will appear in March 1999, in time for the APS Centennial Meeting in Atlanta, Georgia. A special, hardcover edition of the issue is also being considered.