Inside the Beltway: A Washington Analysis 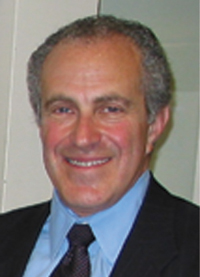 Call it collateral damage or an unintended consequence of war. As American tanks began to roll across the Middle Eastern sands in March, House budgeteers slashed the Department of Energy's Fiscal Year 2004 Office of Science by a startling 22 percent. That reduction accompanied House approval of the President's $726 billion tax cut and was driven, paradoxically, by concern that the federal deficit could balloon to half a trillion dollars next year as the Iraq costs mount up.

The House Budget Resolution, or H. Con. Res. 95 if you look for it on the congressional web-site, thomas.loc.gov, provides $22.8 billion dollars for Function 250. In budget jargon, that's the account that covers the National Science Foundation, most of NASA, the DOE Office of Science and the new Department of Homeland Security's science and technology portfolio.

The House Budget Committee set aside $5.5 billion for NSF and $14.5 billion for NASA, leaving $2.8 billion for DOE and DHS combined. In his February Fiscal Year 2004 budget request, President Bush called for $273 million for the DHS science and technology programs. And you can bet that Congress intends to allocate at least that much. Which leaves DOE Science with a little more than $2.5 billion for FY 2004, compared to about $3.3 billion in FY 2003.

The Senate Budget Committee, which passed its own Budget Resolution, H. Sen. Res. 23, a week after the House acted, provides $800 million more for Function 250. It wouldn't give the Office of Science the needed infusion that the President's Council of Advisors on Science and Technology (PCAST) implicitly called for last fall, but, at least, it wouldn't gut the federal government's support of the physical sciences. More often than not, however, the House and Senate split their differences in conference, which would leave DOE Science with an 11% or $400 million hole to plug.

It's possible that the Department could handle such a shortfall by closing one or more of its national laboratories. Eight years ago, Robert Galvin, former Motorola CEO and chairman of the Task Force on Alternative Futures for the DOE National Laboratories, floated the idea during congressional testimony. But it never made it out of the hearing room. And there's no reason to believe it will now. So unless appropriators reverse the course chartered by the Budget Committee, the entire physics community can expect to share the pain.

Despite its rhetorical support for science, the Administration has been noticeably silent about the draconian congressional budget plan. Word from the Hill is that OMB is not at all dissatisfied with the House Budget Resolution.

The reason is simple: defense, homeland security, war and tax cuts are the White House priorities, and they're expensive. With the size of the deficit beginning to scare even the most ardent supply-siders, the civilian discretionary budget simply has to be squeezed for every nickel.

The recent report from the Congressional Budget Office, now in the hands of dynamic scorers, offered little comfort. They are the folks who argue that forecasts of federal revenues must take into account the impact of tax cuts on the economy. They believe that conventional CBO projections based on static scoring have consistently underestimated the flow of money into the federal coffers.

They got a chance to prove their mettle this year, when Congress chose Douglas Holtz-Eakin to head the CBO. The Princeton-trained former chief economist for the White House Council of Economic Advisors is a staunch advocate of dynamic scoring and one of the architects of the Bush tax cut plan.

But tax cutters and dynamic scorers got a shock. Of the seven scenarios Holtz-Eakins' CBO used to project federal revenues, none produced a rosy picture. In fact, two gave a more pessimistic result than the statically scored baseline.

So for now, the Hill is taking the red ink seriously. And the entire civilian discretionary budget could be on the chopping block, science included.