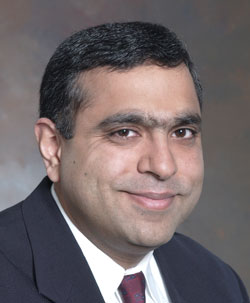 It is broadly accepted that the scientific and technical workforce plays a critical role in increasing our standard of living, ensuring national security, and solving some of society’s most pressing problems–whether it is global warming, terrorism, or national economic competitiveness. Even though Science, Technology, Engineering and Mathematics (STEM) represents only about 5% of the nation’s workforce, there is a widespread belief among policy makers and academic and business leaders that it has a disproportionately high impact on the nation. As a result, policies are often targeted specifically at changing the size and characteristics of the STEM workforce.

Concern about inadequacies of the state of the US STEM workforce is a recurring and bipartisan theme in the public policy discussion. In response to growing unease about America’s ability to compete with India and China, last year Congress passed, and the President signed into law, the America COMPETES Act, which included a number of provisions directed at improving the STEM workforce. In the words of its sponsors in both the House and Senate, this will ensure that the United States retains its “brainpower advantage so our good jobs don’t go overseas to places like India and China.”

While the America COMPETES legislation is designed to deepen the future talent pool capable of entering STEM occupations, technology employers have focused much of their lobbying efforts on immediately expanding the talent pool on hand. They claim that demand persistently outstrips domestic supply. So the government should supplement the domestic supply with more foreign workers by liberalizing immigration policies. Microsoft’s Bill Gates summed up this viewpoint in a Washington Post op-ed, saying, “Demand for specialized technical skills has long exceeded the supply of native-born workers with advanced degrees, and scientists and engineers from other countries fill this gap. This issue has reached a crisis point.” In fact, Gates has stated that immigration policy liberalization is the number one issue for Microsoft’s lobbying efforts.

Some university leaders use equally dire language when describing the future US STEM workforce. In 2003, Rensselaer Polytechnic Institute’s President Shirley Ann Jackson described the coming “crisis” of a growing shortage of domestic STEM talent as a threat to “both national security and [America’s] economic status in a global economy.”

While their diagnoses may be slightly different, Gates and Jackson represent the consensus view of industry and university leaders–the STEM workforce crisis is due to an inadequate supply of domestic talent. And most of the 2008 Presidential candidates, from both parties, agreed with this diagnosis, lamenting the STEM supply shortfall in public statements and on their campaign websites. They offered a variety of proposals to expand the current and future STEM workforce.

Inadequate supply may be how the crisis is defined by business, academic, and political leaders, but some STEM workers view the problem very differently. A recent entry in a popular blog by a technology worker offers this starkly different picture. He says:

“I am a former American tech worker, programmer and systems analyst who is now functionally unemployed at the age of 50. What happened? Why? What to do? Does anyone relate to this or give a darn? These are some questions I wake up to and live with each day, trying to turn 20+ years of work on large scale IBM business systems and databases into a salvageable work life. Since 2003, I’ve worked in real estate (not a “real” job in most places), substitute teacher, Home Depot Flooring associate, contract writer for a struggling home builder, and tech writer for a small tech business with a spotty business history. Why was I once employable, making a reasonable income, and now almost unemployable with the business and tech skills amassed over 20+ years? ”

This blog entry cannot be dismissed as an anecdote, because it faithfully represents the experiences and concerns of a sizable share of STEM workers. I have heard and read thousands of similar stories over the past few years from workers in a variety of STEM fields. Many are unemployed or underemployed, while still others are very anxious about their job security. Not surprisingly these workers believe that the real STEM crisis is lack of demand.

It is obvious, based on the strong language used all around, that key stakeholders are highly dissatisfied with the current state and direction of the STEM labor market. But they offer seemingly conflicting assessments and policy prescriptions. So, which is it, a lack of supply or of demand? Or could both conditions exist simultaneously? Too often policy discussions and proposals are driven by a single variable presented in isolation, such as the number of degrees. Those discussions ignore other system variables key to diagnosing and predicting how the entire system would respond to particular policy changes. They also frequently treat the STEM labor market as homogeneous, when in fact it is better characterized as a multiplicity of labor markets, demarcated by occupation, level of degree, geographic location, industry-specific knowledge, and years of experience. The STEM Workforce Data Project conducted by the Commission on Professionals in Science and Technology (CPST) helps to fill the data gaps by bringing together many key variables, at a disaggregated level, in one set of reports (STEM Workforce Data Project). And it provides policy makers with a broad range of facts to help them evaluate these conflicting viewpoints to make more informed policy choices.

While the data supplied by the project is a necessary step, it isn’t sufficient. We need to build better analytic frameworks to judge STEM workforce policies. Our conceptual models, whether implicit or explicit, are too limited. They do not account for the complexity of the STEM workforce system, with its multiple factors, feedback loops, interconnectedness, and adaptation. As a result, our ability to predict the full array of impacts of specific policy choices is poor, even when we have good data.

I use the term “new” to distinguish it from the old competitiveness debate. That debate, which began in the late 1970s, had much more to do with improving the productivity of American companies and the quality of their products. Think General Motors trying to adopt lean manufacturing techniques from Toyota. This time around, though, it is not about companies competing across borders but rather American workers who are now competing head-to-head with workers abroad who can afford to be paid less. And increasingly American workers are competing against their own corporation’s workers in low-cost countries. Think IBM workers in Boston competing against its fast-growing workforce in Bangalore. In addition, many major technology corporations require their American workers to train foreign replacements as a condition of severance and unemployment insurance.

This implies competitiveness, at least with respect to this round of globalization, is really about ensuring that American workers can justify their salary premiums, often 5X premiums. They can justify those salary premiums either through better relative productivity (producing 5X more) or by crowding into non-tradable jobs. Or they will be forced to take significantly lower wages.

Princeton University’s Alan Blinder estimates that a large share of STEM jobs is becoming more tradable and as a result they are increasingly vulnerable to being offshored. IBM already has more than 75,000 workers in India, up from a mere 6,000 in 2003. And Accenture has more workers in India, 35,000, than it has in any other country including the US. The scale and scope of the coming impacts of offshoring on the STEM labor market are likely to be significant.

Responses by employers, workers, educational institutions and government to the changes wrought by globalization will take place. The question is whether those responses are going to be based on data driven inquiry or simply the desires of special interest groups.

I think, to date, our policy discussion about the implications of globalization has relied too heavily on interests of companies and universities rather than being based on any data driven analysis. This is particularly troubling given that corporations and universities already wield so much political power. But issues surrounding competitiveness are not the only areas where there is little analysis. The void also characterizes many, if not most, of our policy discussions about the myriad other factors shaping the STEM workforce, from the talent pool, to skills mismatches, to the K-16 pipeline, to underemployment, to immigration.

Most STEM workers are paid significantly higher than the average occupation. In 2005, the median STEM pay was $57,000 versus $34,000 for all occupations. But STEM salary growth has not outperformed other occupations. Between 1995 and 2005 STEM salaries grew approximately 6%–the same rate as all occupations. This finding seemingly contradicts the widespread belief among leaders that STEM workers are persistently in short supply. If they were, their wages would be bid up faster than other occupations. Instead, salary changes indicate relatively balanced supply and demand–at least at the aggregate level. How would doubling the number of STEM graduates, as prominent industry groups have argued for, affect this supply and demand balance, and salaries for incumbent STEM workers?

If we look at the data at a more disaggregated level we begin to see that there are multiple labor markets. Over the 1995-2005 period, some STEM occupations had higher than average salary growth rates, such as aerospace engineering, which grew by 9 percent, while other groups fared worse than average. Salaries for all engineering occupations grew only 3 percent, half the rate of all occupations, and biological and life-scientist salaries didn’t even keep up with inflation, losing 1 percent. What do these outcomes tell us, if anything, about policy? Should we be crafting targeted policies for the individual labor markets to make them more responsive?

Salaries don’t tell us all we need to know about STEM labor markets. There are many non-monetary rewards for STEM occupations. Missing from most analyses are measures of job and career satisfaction. Are incumbent workers happy with their work and their work environment? The upcoming generation of “millennials” are expected to place more weight on non-monetary rewards such as whether their work is socially meaningful, fulfilling, and has the appropriate work-life balance. Will STEM occupations satisfy these new workers? Surely, these measures should be included in any meaningful look at the STEM workforce.

Of course STEM occupations grow or shrink at widely different rates. Much of the increased employment during the period 1983-2000 can be attributed to the boom in the information technology and telecommunications industries. Most other sectors of employment did not do as well. And a significant share of the IT and telecom growth, approximately 38 percent, was filled by foreign-born workers.

To improve our policy discussion I would suggest we do the following.

First, recognize that the STEM workforce is not monolithic. Instead it’s a complex system, with many variables and multiple labor markets and a capability to adapt.

Second, we should use data-driven analysis to better understand how particular policy responses may affect system outcomes in the short- medium-and long-terms.

Lastly, we should acknowledge openly that the political and economic interests of the various stakeholders (employers, educators, workers and students) can be at odds, and the distributional impacts of particular policy responses can vary widely. Put bluntly, policy solutions good for employers are not automatically good for workers and vice versa.

The policy debate should embrace this political reality. By doing so, policy makers will better be able to seek solutions that resolve inherent conflicts and better vet policy solutions with respect to their distributional impacts.

Ron Hira is an Assistant Professor of Public Policy at Rochester Institute of Technology, where he specializes in engineering workforce issues, high-skill immigration, and innovation policy. He is co-author of the book Outsourcing America. This article is a modified version of remarks given at the CPST conference, “Can We Compete? Trends in America’s Scientific and Technical Workforce”, November 1, 2007, Washington DC (Commission on Professionals in Science and Technology website).