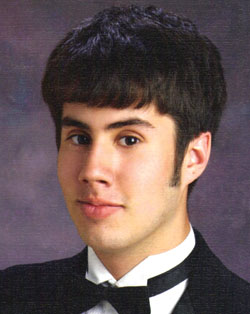 The APS Committee on Minorities has selected 27 students to receive its Scholarship for Minority Undergraduate Physics Majors for 2008-2009. The recipients include 16 new scholars and 11 renewal scholars.

Each new scholarship consists of $2,000, which may be renewed once, for $3,000. The scholarship may be used for tuition, room and board, and educational materials. In addition, minority scholars are paired with two mentors, one at their university and one from the Committee on Minorities. Physics departments that host a minority scholar each receive $500 for programs to encourage minority students.

The program, formerly known as the Corporate-Sponsored Scholarship for Minority Undergraduate Students Who Major in Physics, began in 1980. Since then, hundreds of students have received the scholarship, many of whom have gone on to receive PhDs in physics and are now working as physics faculty members in universities, as well as at corporations and national labs. Some past scholars have also become high school physics teachers.

New minority scholar Jessica Starr, who will be a freshman at the University of Denver this fall, traces her interest in physics to her experience volunteering at the Space Odyssey exhibit of the Denver Museum of Nature and Science. She isn’t sure yet what she wants to do with her degree in physics, but is considering a career in research. Starr is also an artist who has exhibited her work in galleries.

New minority scholar Dana Lewis has long known that she wants to be a medical physicist. Among her many accomplishments are being prom queen and salutatorian of her high school class. She also worked on a project to educate the public about stem cell research. “There’s a laundry list of things I’ve done,” she says. She found her high school physics class difficult at first, but she enjoys the subject. “Physics was the first real challenge that I had in my life,” she says. Lewis will be a freshman this fall at Louisiana State University, and is especially excited about a research position in medical physics she has lined up.

New scholar Bernadette Cogswell has loved physics since age five, when she visited the Smithsonian Air and Space Musuem. Her mother worked in international development, so she traveled a lot as a child, living in many countries. After high school, Cogswell attended the United States Air Force Academy with the hope of becoming an astronaut, but found that military life wasn’t for her, so she transferred to another school. Unfortunately, when a professor told her she wouldn’t come up with any new ideas in physics, she became discouraged and dropped out. But she always loved physics, and now, after receiving degrees in English and psychology, she has returned to physics. She will graduate next year from Florida State University with a major in physics, and aims to get a PhD in nuclear physics. She hopes to work in the private sector. Physics isn’t her only interest: she loves drawing, languages, travel, and writing. This summer, she’s in Hawaii, working on her first novel–a historical fiction novel set in Florida.

Renewal scholar Maximo Menchaca, who is beginning his sophomore year at the University of Illinois, Urbana-Champaign, describes himself as a “huge environmentalist” and plans to eventually combine his physics education with environmental stewardship. This summer, he’s doing research in magnetohydrodynamics, with a project titled “Numerically Approximating the Propagation of Particles in Dynamical Plasmas Near Black Holes.” Describing how he became interested in physics, he says, “Physics is the spice of life. It can do just about anything you want it to. It’s just such a powerful and versatile tool. Science and the way things work have always intrigued me, so physics was a natural choice.”

Any African-American, Hispanic American, or Native American US citizen or permanent resident who is majoring or planning to major in physics, and who is a high school senior, college freshman, or sophomore is eligible to apply for the scholarship. The selection committee especially encourages applications from students enrolled in institutions that historically serve African American, Hispanic, or Native American populations.