In other election results, Kate Kirby of the Harvard-Smithsonian Center for Astrophysics was selected as the new chair-elect of the APS Nominating Committee, which has the responsibility of selecting a slate of candidates each year to run for APS office. Nergis Mavalvala, a professor of physics at MIT, and Jorge Pullin, Horace Hearne Chair in Theoretical Physics at the Louisiana State University, were elected as general councilors.

Barish earned his PhD in 1963 in physics from the University of California, Berkeley. He joined the faculty at Caltech in 1963. Among his noteworthy experiments were those performed at Fermilab using high-energy neutrino collisions to reveal the quark substructure of the nucleon. In the 1980s, Barish initiated an international effort to build a sophisticated underground detector (MACRO) in Italy in the emerging field of particle astrophysics. Barish became Principal Investigator of the Laser Interferometer Gravitational Wave Observatory (LIGO) project in 1994 and served as Director of the LIGO Laboratory from 1997 to 2005. He is currently the Director of the Global Design Effort for the International Linear Collider (ILC). In October 2002, Barish was nominated to the National Science Board, which oversees the National Science Foundation (NSF) and advises the President and the Congress on policy issues related to science, engineering, and education.

“I am very honored that my colleagues have chosen me to become the next vice president of the APS,” said Barish. “I plan to work vigorously on the many challenges facing our field, including: improving funding for research in the physical sciences, broadening participation in our science and improving opportunities for international partnerships.”

In his candidate’s statement, Barish pointed to the “erosion of support for physics research” as one of the central issues facing APS. “We all understand the importance of a great country being at the forefront of basic science and the various ways our work impacts society,” he said in his statement. “Many of us have been actively working over the past few years, epitomized by the “Gathering Storm” report, to make the case for increasing support for the physical sciences in the US. Just when we thought we had won that battle, we have suffered a major setback in the FY08 Omnibus Bill. As a result, we must redouble our efforts, in order to get us back on track to be able to push the frontiers of our science, develop new technologies, pursue international cooperation and train the next generation of scientists.”

Barish has a special interest in international collaboration in physics. “Such collaborations are good for science and have proven to be a powerful way to bring nations together on a working level,” he said in his candidate’s statement. “It is crucial that we take into account cultural and political differences in establishing such collaborations and that we learn how we can make commitments that are firm and meaningful.”

Kirby, a theoretical atomic and molecular physicist, received her PhD from the University of Chicago in 1972. She is currently a professor at the Harvard-Smithsonian Center for Astrophysics (CFA). In 2001 she was appointed Director of the Institute for Theoretical Atomic, Molecular and Optical Physics (ITAMP) at Harvard. Kirby’s research interests focus on the calculation of atomic and molecular processes important in astrophysics and atmospheric physics. She has both served on and chaired numerous APS committees.

In her candidate’s statement, she said that “the American Physical Society serves its membership in a number of important ways, including: organizing meetings for physicists, maintaining an outstanding series of journals for publication of physics research, educating and informing government and the public on issues involving physics, and cultivating a positive image regarding the study of physics and the importance of support to maintain a vital physics research enterprise.” With the nominating committee, Kirby will work to recruit “an excellent and diverse slate of candidates” to serve in APS leadership positions and on its numerous committees.

Mavalvala received her PhD in 1997 from MIT. After a postdoc at Caltech, in 2002 she joined the faculty at MIT. She works on experimental gravitational wave detection and precision measurement at the quantum limit. She has been involved in experimental activities within the LIGO Laboratory over the past fifteen years, including design and implementation of interferometric sensing and control systems, commissioning of the initial LIGO detectors, study of quantum effects in future GW detectors, use of squeezed quantum states of light to enhance GW detector performance, and measurement of quantum behavior of macroscopic objects.

In her candidate’s statement she identified four important issues she wants to work on as an APS councilor: science funding–both for research and education; the role of physics and physicists in shaping our society; the dearth of women and under-represented minorities in physics; mentorship and recognition of physicists in the early stages of their careers.

Pullin’s research interests center on theoretical gravitational physics, both in its classical and quantum aspects, including the application of numerical techniques. He received his doctorate in physics from the Balseiro Institute in Argentina in 1989. He is now the Horace Hearne Chair in Theoretical Physics at the Louisiana State University. He recently served as the chair of the APS Topical Group in Gravitation. He has also served as associate director of Penn State’s Center for Gravitational Physics and Geometry and as co-director of the Horace Hearne Jr. Institute for Theoretical Physics at Louisiana State.

“Physics is clearly in a golden age. More than ever we can make predictions that are experimentally verified over a wider and deeper range of physical phenomena from the subatomic to the cosmos. In spite of this intellectual bonanza, funding for the field, enthusiasm for it in the general public and attraction of young talent to physics continue to be three outstanding challenges that affect the work of all physicists,” he said in his candidate’s statement. As a councillor he plans to help APS deal with those challenges. 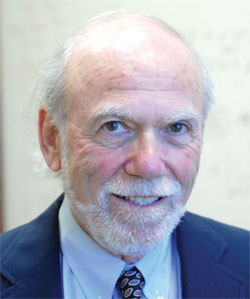 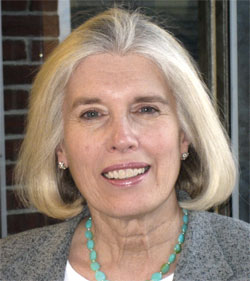 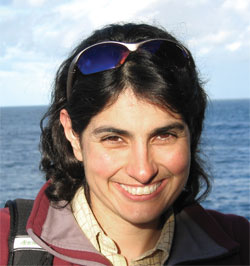 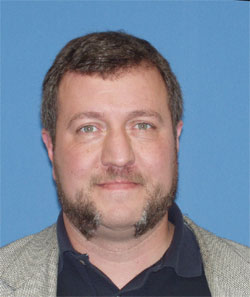