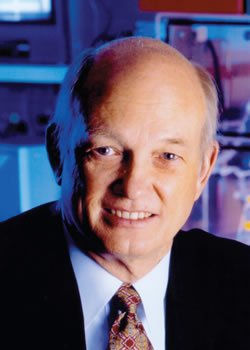 Former APS President William F. Brinkman has been chosen by President Barack Obama to be the Director of the Office of Science in the Department of Energy. As its head, Brinkman would oversee the largest sponsor of basic physical science research in the country. He will be leaving his position as a Senior Research Physicist at Princeton University.


Brinkman served as president of the Society in 2002. Prior to that, he held the position of Vice President, Research at Bell Laboratories, which oversaw all research by Lucent Technologies. In addition he has served on numerous national committees including chairing the National Academy of Sciences Physics Survey, the 8-volume “Brinkman Report” of 1986.

As APS News goes to press, the date for his confirmation hearing has not yet been set; however he is expected to be confirmed by the full Senate when it does come up for a vote.