Science Diplomacy in the 21st Century 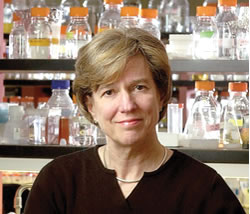 Bill Gates, arguably the world’s most famous technocrat, gave a remarkable speech during the 2008 Davos World Economic Forum, calling for a new form of capitalism to go beyond traditional philanthropy and government aid. Citing examples ranging from the development of software for people who cannot read to developing vaccines at a price that Africans can afford to pay, Gates said such projects “…provide a hint of what we can accomplish if people who are experts on needs in the developing world meet with scientists who understand what the breakthroughs are, whether it’s in software or drugs” ("Bill Gates: World Economic Forum 2008"). He suggested that we need to develop a new business model that would allow a combination of the motivation to help humanity and the profit motive to drive development. He called it “creative capitalism,” capitalism leavened by a pinch of idealism and altruistic desire to better the lot of others.

Scientists and engineers have an important role to play in creating what New York Times columnist Tom Friedman calls a "flat world" a world of economic opportunity made equal through electronic communication technologies. This transformation has not yet penetrated into the poorest parts of the world and needs much more scientific and technical investment. But today, most scientists look to foreign institutions for top-notch graduate students and postdocs to populate their laboratories. The notion of becoming a science diplomat, of taking time out from a busy and competitive career to teach, develop research collaborations, or start a business in the least advanced countries is just not on the radar screen for most scientists and engineers. Yet there are such opportunities, both in the U.S. Department of State and the U.S. Agency for International Development (USAID), as well as in non-governmental organizations, such as the National Academy of Sciences, for scientists and engineers to use their scientific and technical skills in the service of international diplomacy.

I took one such opportunity last year when, as a geneticist and molecular biologist at the Pennsylvania State University, I was invited to serve as the Science and Technology Adviser to the U.S. Secretary of State. My position is not a political one: I served both Condoleeza Rice and current Secretary of State Hillary Clinton. I accepted the position because my involvement in scientific interactions between US scientists and scientists in the former Soviet Union through the 1990s convinced me of the profound stabilizing influence that scientific interactions can exert between countries with deeply discordant ideologies and political systems. Not long after I joined the State Department, I received an invitation from USAID Administrator Henrietta Fore to be her Science and Technology Adviser, as well. The mission she gave me was to assist her in restoring the scientific and technical strength of the agency to enable the better use of science and technology for international development.

My primary task at both the U.S. Department of State, the home base of our international diplomatic corps, and USAID is to increase scientific input into the many activities of the Department and the Agency. The Office of the Science Adviser to the Secretary of State was established in 2000 in response to a National Research Council study, titled "The Pervasive Role of Science, Technology, and Health in Foreign Policy," that highlighted the attrition of scientists from State Department ranks at a time when the importance of science and technology was expanding in every aspect of foreign policy. Under the leadership of the first Science Adviser to the Secretary of State, Norman Neureiter, the number of active scientists in the department began to grow again as he promoted the expansion of the AAAS Science Diplomacy Fellows program (AAAS Programs) within the State Department. Today we have roughly 30 new AAAS Fellows joining us every year for 1–2 years of service.

Jefferson Science Fellows are often individuals who already have a keen awareness of the importance of international collaborations and use their association with the State Department to broaden their influence and involvement in foreign relations and development efforts. For example, Osama Awadelkarim, a Sudanese-born Professor of Materials Science at the Pennsylvania State University, served as a Jefferson Science Fellow in 2006. His passionate devotion to enhancing scientific and engineering expertise in Africa took him to several African countries to teach and to establish collaborations, as well as to talk with government officials and champion the importance of international scientific interactions.

There remains a profound gap between the citizens of affluent nations, who have access to abundant food, up-to-date technology, and excellent educational opportunities, and citizens of the poorest countries of every continent, many of whom lack adequate food, often have no electricity, and have little access to either the Internet or higher education. The technological aspect of this gap has been called the “digital divide” and much has been written about it. Some believe that the problems of the poorest countries are simply solved by cell phones and inexpensive computers that can be used even in places that lack electricity. Certainly these technologies are important and make the job possible, if not easy.

But the problems are deep and stubborn. Perhaps the most poignant disparities exist between the countries of the developed world and much of Africa, where climate, disease, soil exhaustion, and a host of other problems contribute. In his book titled The Bottom Billion, economist Paul Collier offers an insightful analysis of the many factors that contribute to trapping the poorest nations in continuing cycles of poverty and unrest.

Progress will depend on a high level of education, particularly in science and engineering. All will be impacted by climate change and politics–everywhere. Climate change is a wake-up call to the awareness that we live in a world without borders. Airplanes can make SARS and multidrug-resistant TB everyone’s problem in a heartbeat. Trade barriers between nations and farm subsidies in developed nations stifle agricultural growth in developing countries. The rush toward renewable energy from biofuels accelerates deforestation in the Amazon, however indirectly, and with each acre lost, another multitude of species goes extinct. Wall Street’s problems echo around the world.

And all of these seemingly separate problems turn out to be interconnected. Food and energy are now viewed as fungible. Growing the food–and feed and fiber and fuel–demanded by a still expanding and increasingly affluent human population requires innovations not just in agricultural productivity but also in water and land management, food processing, and transportation. Decimating what remains of the tropic’s forests will as surely exacerbate climate change as it will reduce biodiversity. It’s one big thorny tangle: people, money, food, energy, health, water, land, climate, biodiversity. How do we as scientists begin to think–and act–on a global scale to address such complicated problems? It seems to me that we must first become citizens not just of our own nations, but of this world without borders. We need to see, experience, and identify with the peoples and the problems of other nations and to recognize the complexity and interconnections among the challenges facing 21st century humanity. And perhaps most importantly of all, we need to understand, at a deep gut level, that all our fates are truly intertwined.

Science, of course, provides the common language to build bridges between cultures. Education is a stumbling block. The US has educated talented students from around the world for many years. Today virtually every developed country realizes the value to the economy of such talent–and actively seeks to recruit it. But herein lies a paradox: sending its best students to be educated in more developed countries exacerbates a poor country’s problems because the education itself–whether it is a teacher’s certificate, a nursing degree, or a PhD–makes it easier to find employment and a more stable life in a developed country. Such “brain drain” has robbed–and is continuing to rob–many poor countries of their educated people. These are the people who design, develop, and maintain society’s infrastructure–its agriculture, its schools, its clinics, its power, and telecommunications networks. As well, they are the professors and researchers who generate and propagate the knowledge–the science and technology–that are essential in every aspect of life and that are increasingly recognized as the driving forces of successful economies. I believe that we need a deep paradigm shift in our interactions with the less developed world: from distant aid recipients to partners in building a global future. We need to bring the science, the engineering, and technology and the educational systems of developed countries to bear directly and in new ways to create a world in which all people have the educational and economic opportunities now available almost exclusively in the developed world. I believe this paradigm shift is getting underway–among governments, in foundations, in the business world, and in the academic world. It is driven in some measure by necessity and perhaps in some measure by the fact that modern communications media make the disparities among the nations of the world harshly and constantly apparent to everyone.

But there is much, much more to be done and not all of it can be done by governments. In April of 2008, Secretary of State Rice, Secretary of Education Spellings, and USAID Administrator Fore convened a global conference of college and university presidents, companies, and foundations (Higher Education Summit for Global Development, April 29–30, 2008). Its purpose was to explore new ways of connecting the institutions of higher education in the developed and developing worlds across the entire spectrum of what contemporary universities do, from teaching and research, to supporting technology transfer and entrepreneurship. The means of connecting educational resources and people between continents have never been richer, more varied, or easier. From MIT OpenCourseWare to digital videoconferencing and collaborative software, we can teach and work between countries and continents–and in real time. The Internet and broadband connections are critical; availability is increasing and cost is decreasing but in places remains prohibitive. This is where governments, companies, and foundations can help. Yet the challenge of connecting people and resources remains, of making global service–what I’ve called science diplomacy–a part of what we do as scientists and engineers, whether we work in a government agency, a university, a research institute, or a company. The traditional approach of educating students in our institutions and laboratories is increasingly unacceptable. President Paul Kagame of Rwanda, arguably the African leader most supportive of science and technology in developing and modernizing his country, gave an articulate and moving talk at the recent Higher Education Summit for Global Development. Bluntly paraphrased, his most salient points are these: “We provide you with foreign aid in the form of trained and educated people. You send us expensive consultants to tell us what we already know” (President Kagame’s Full Speech).We need our scientists and engineers, our experts of all kinds, whether in the lab or in the diplomatic corps, to help us jump the digital divide, both technically and personally. We need scientists, engineers, and entrepreneurs to coach and teach until the world is truly flat, to call on Friedman’s metaphor again; that is, until all peoples have the educational and economic opportunities to build and live in sustainable knowledge societies. That’s 21st century science diplomacy.

Nina V. Fedoroff is Science and Technology Adviser to the Secretary of State and to the Administrator of the U.S. Agency for International Development. She received the National Medal of Science in 2006 in the field of Biological Sciences. This commentary by Dr. Fedoroff, first published in Cell 136, 9-11(2009), is reproduced with permission. Copyright 2009 Elsevier Inc.