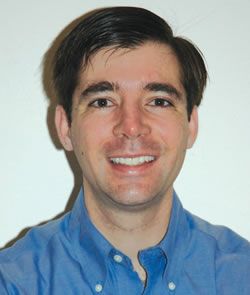 Philip Farese was in the middle of bucolic Princeton contemplating CMB, the field of cosmology, and his career when he came to the realization: “I wasn’t god’s gift to science.”

It was fall 2004 and as he entered his 3rd year as a postdoc at Princeton University, Farese had begun to question whether he wanted to stay in academia. He saw inefficiencies in the way large projects were being run, and he was concerned about whether the research in the future would provide him with the opportunity to be more of the “entrepreneurial, discovery-type” person he was, he recalls.

“I had a sweet deal at Princeton to do stuff,” Farese jokes. But as he identified project ideas, “I saw that there were already researchers [pursuing] these ideas. I realized I’m not Einstein… I realized I wasn’t going to fundamentally change the world of physics.”

Farese started looking around for opportunities in which he felt he could make a difference and found the world of consulting. Through his network at the university, he learned about McKinsey & Company, one of the world’s largest and most prestigious management consulting firms.

He joined McKinsey in 2005 and found exactly what he was looking for: opportunities to be entrepreneurial and innovative in an environment that fostered efficiency and growth in large-scale problem solving. Today, Farese is an Engagement Manager and operates out of McKinsey’s Stamford, CT location. His job involves working in small teams with other McKinsey consultants to solve business and management problems for clients in the non-profit, technology, and energy/utilities sectors.

“What an [advanced degreed person] brings to McKinsey is a very sharp analytic mind and sophisticated problem solving,” says Farese. “A person with a doctorate, particularly in physics,” he argues, can “look at a problem, pull it apart, understand the underlying structure,…[and] understand what you need to know more deeply and systematically to go about solving it.” In fact, he continues, “the consulting industry craves physicists, because of the skills they bring to the table.”

For example, Farese cites, if he is working with a bank, projects might center on helping the client deal with the fallout of the credit crisis, identify and understand risk of exposure in certain markets, and seek out operational improvements. His advanced degree in physics helps him in the way he approaches problems. Most of the problems consultants solve in their first years at the firm are of a scope set by the client/McKinsey partnership, explains Farese, but at the level of an Engagement Manager and higher, your job involves developing a deeper relationship with the clients and understanding of their business to help them identify potential problems or opportunities on the horizon.

Jay Jubas, whose PhD in physics was awarded by MIT, is a Director (i.e. Senior Partner) with McKinsey. He contends that “technical aspects of physics do not really make much of a difference [here],…[although] most of what we do involves some statistics, some probability,” he says. However, “there’s a little bit of how to think quantitatively, how to be precise in defining a problem” that comes from learning physics. There is also an indirect “pedigree benefit” from being a physicist, Jubas asserts, in that an advanced degree in science, particularly from a prestigious institution “is a mark that a person is a smart person, an accomplished person,” and can help the consultant gain confidence with certain clients.

Out of more than 8,500 consulting staff globally, McKinsey employs over 400 consultants with physics degrees, most of whom have master’s or doctorates, says Hillary Harrow, Senior Manager of Advanced Professional Degrees Recruiting.

It is important to note that not all consulting firms focus on the same problems, clients, and industries. While McKinsey solves strategic problems facing senior management in the public, private and social sectors, other firms focus on strategy and technology problem-solving for clients in government and other arenas.

Booz Allen Hamilton is one of those firms. Founded in 1914, it employs approximately 340 consultants with physics degrees out of a total of 22,000 consulting staff worldwide, according to Jennifer Lucas, Associate at Booz Allen. Its clients include government agencies, corporations, and non-profits, and its projects are most often technology-related. 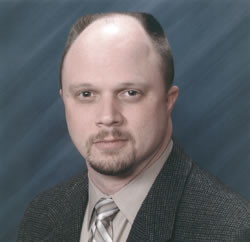 Lee Knauss, an Associate with Booz Allen, has a PhD in physics from Lehigh University and 12 years experience working in the technology industry. Knauss joined the firm in early 2008 to help government clients with the funding process for Research and Development projects. He partners with program managers at government funding agencies to provide “support from a technical standpoint,” he says.

With technical specialties in quantum computing and semiconductor analysis tools, Knauss supports program managers in developing Broad Agency Announcements and RFPs, and once a program is launched, “we would help with reading proposals [and] advising [program managers] on areas where they may need additional expertise,” he explains. “Once the programs are funded, we help the program managers monitor and report on the process of programs through direct interaction with performers, going on site visits, and assisting in program reviews, all of which keep us closely involved with leading edge science.”

Knauss enjoys the fact that he works on only a few projects a year. Unlike strategic management consulting firms, a la McKinsey, where one may work on many projects for short periods of time, government consulting is different. “I work on client engagements that tend to be long-term, and will typically work from cradle to grave with program managers on programs which can last up to five years,” says Knauss.

Yet there is flexibility in consulting careers, and Knauss acknowledges that at Booz Allen, “a person is not locked into” working on a project for its entire existence. “I joined Booz Allen because of the reputation of the firm…and I found that I could have long-term client engagements and also maintain a work-life balance,” he says. “One can stay involved in the science but yet explore other areas in technology and business…The sky is the limit in terms of what you can do and you have the opportunity to pave your own way.”

Similarly, at McKinsey, where career development is a company mantra, consultants can move around from project to project, and are assigned a mentor to assist them with professional development. Every employee, says Harrow, is treated as a potential Director (the highest position in the firm) and is given opportunities for skill improvement to achieve this objective.

Indeed, at McKinsey, Booz Allen, and other consulting firms, all consultants can influence the speed at which their careers progress. For many physicists, this flexibility and self-determination to run their own career path is a positive aspect of the industry. “The ability to make a difference,” is another feature of consulting that Jubas finds attractive, he says. “The nice thing about a consulting career is our ability to pretty quickly make a substantial difference in a company’s performance and an individual’s life in that company. It’s rare that you can measure success in weeks and months. Consulting tends to be a high intensity interaction–you tend to have quite amount of impact in a short period of time.”

Jubas also likes how problems in consulting are defined, which, he recognizes, differs from that in physics and can be a source of surprise and “frustration” for some physicists entering the industry. “When we solve a problem,” Jubas explains, “what we mean is we’ve helped a client make the best possible decision on an issue in a certain context. While our approach is fact-based and analytical, we cannot apply the same level of rigor and proof that you would do to get published in Physical Review Letters……If you are the kind of person looking for the perfect answer [to a problem] you may find this career a little frustrating, so one needs to get accustomed to answering a problem in business because it is different than answering a problem in science,” he says.

Choosing a consulting career doesn’t preclude you from certain types of publishing, however.  In July 2009, Farese co-authored a report entitled Unlocking Energy Efficiency in the US Economy, which, while co-sponsored by several companies, is an analysis of the energy efficiency potential throughout the nation and the barriers that prevent capturing the potential. It is available on McKinsey’s website.

Certainly there are a number of nuances that physicists must learn to happily adjust to the consulting environment. “For me the hardest adjustment was teamwork,” says Jubas.

For those physicists interested in consulting careers, sources recommend exploring the different types of consulting firms and the clients they serve. The good news is that there are jobs out there right now–“even during this economic downturn we are looking for people and hiring,” says Knauss.

“If you’re looking for an opportunity to be involved in helping to guide the direction of science and technology outside the laboratory environment, then [technology and government] consulting can be a very rewarding place do to that,” affirms Knauss. “You really can get involved in work that can change the world.”

And if one is interested in management consulting, Farese advises “know what you’re getting into…You are not going to be coming here and doing physics research anymore per se. You’re not going to be researching physical laws, [performing] theoretical calculations, building apparatus, testing samples,” he warns. “However the spirit of what you were doing [in physics research] is very much retained, and even accentuated. The idea of having interesting problems to address, getting to use your mind creatively, constructively, [and] being challenged very much still applies.”

“What we do is very scientific,” Farese adds, and, with a laugh, states the obvious: “Once a physicist, always a physicist.”