The Grid: Ready for Renewables?


By George Crabtree and Jim Misewich 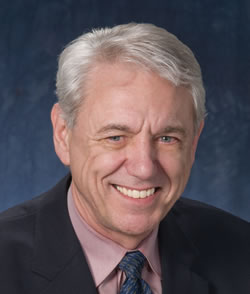 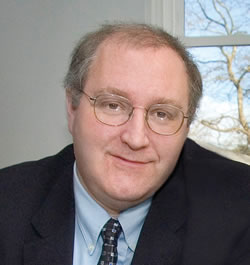 Renewable electricity possesses two features that challenge the grid’s ability to embrace it: variable output and location far from demand centers. Compounding these challenges is the Balkanized grid in the continental United States. It is made up of more than 3200 utilities, three interconnections, and seven independent system operators, and it is controlled by state, federal, and local regulators. Renewable projects typically cut across these geographical, ownership, and regulatory boundaries, erecting multiple barriers arising from the disparate priorities of these decision-making bodies.

Wind and solar are the most common renewable electricity sources, now making up approximately 1.6% of electricity generation. The pace of installation, however, is fast: 30%-40% growth per year for both wind and solar. Wind is ahead in deployment, with over 35 GW of installed capacity to solar’s 2 GW. Solar is poised for rapid advances, for example with the 400 MW Ivanpah solar thermal electricity plant now under construction in the Mojave Desert. We have a long way to go: the US uses electricity at an average rate of almost 500 GW. Weather, clouds and the diurnal cycle reduce actual solar and wind generation to about 15% and 30% of their installed nameplate capacity, respectively, and even lower in some areas and at certain times of the year. To meet the 20% RPS standard requires approximately a factor ten more installed wind and solar capacity.

Even on a scale of less than 2% renewable penetration, forecasting wind and solar variation is a technical challenge. Wind forecasts from different vendors for a given wind plant often disagree by factors of two or more, forcing operators to keep additional conventional generation in reserve just in case the forecast is wrong. The timing as well as the magnitude of the wind is important–a calm that comes two hours early can create a sudden downramp in wind power that might only be covered by curtailing service to some customers (who may have agreed in advance to such demand management protocols). Because wind and solar forecasting are relatively new, regulators have not yet defined uniform standards for methods, content or format of forecasts. Many private and government agency forecasters have developed their own distinctive styles for preparing and communicating forecasts.

At 20% penetration, the challenge of renewable variation will be ten times greater than now, raising the bar on the accuracy and confidence level of forecasts to avoid holding expensive “just in case” reserves at the ready. Storage of renewable electricity for future use is an attractive alternative.  Storage smooths the generation peaks and valleys without the need for accurate forecasts or large pools of conventional reserves. It also makes money through “arbitrage”–storing low cost off-peak electricity and selling it at high prices on-peak, as pumped hydro operators do routinely. This additional income effectively reduces the cost of storage, making it economically more attractive to decision-makers. On the other side, regulators have little experience with storage and have not developed a standard framework for treating it. Storage leads a double life–it behaves like load when being charged and like generation when being discharged, defying traditional models of the grid. Beyond smoothing renewable supply, storage can significantly improve the utilization of transmission lines by “metering out” electricity so that the line always runs at maximum capacity, delaying expensive upgrades and benefiting customers in distant locations. Regulators and investors taking a local perspective often undervalue these benefits, so that storage looks less cost-beneficial than it actually is. Regulators need to identify the full spectrum of local and distant benefits in the business case for storage, clearly specifying how costs will be shared among beneficiaries and how they will be repaid.

There are many storage options out there, including conventional batteries, flow batteries, pumped hydro, compressed air, and thermal storage. The options differ dramatically in many ways; for example their energy density varies from 0.5 kWh/m3 for pumped hydro to 360 kWh/m3 for lithium ion batteries, a factor of over 700. Thermal storage is especially attractive for solar thermal electricity, because sun-heated molten salt can be stored for hours or even days and released when needed to drive a generator. Flow batteries are an attractive option for storing electricity in chemical bonds, using large tanks of liquid electrolyte to scale up energy storage capacity and independently controlling power by adjusting electrolyte flow rate through a redox reactor.

The location of wind and solar resources far from demand centers presents a transmission challenge. The best land-based wind is in a north-south corridor at midcontinent, and the best solar in the southwest. Tapping these sources requires transmission of large amounts of electricity over thousands of miles to population centers east of the Mississippi or on the west coast. The transmission system was not built for this purpose, but rather for serving local or regional customers, moving electricity at most hundreds of miles from specific known or expected sources to specific known or expected loads. For renewables we need an interstate highway system for electricity.

Superconducting DC transmission lines offer one innovative opportunity for an electrical interstate highway system. Superconducting cables can carry up to 5 GW of power at 200 kV instead of 750 kV or more typically required for conventional long distance DC lines. The lower voltage is a significant advantage for converting AC to DC and vice versa. Such conversions are done with semiconductor power electronics, whose small band gaps (~ 1 volt for silicon) require heroic networks of devices to reach high operating voltages. A second advantage is multiple entrance and exit ramps. Low voltage superconducting DC cables can collect electricity from many wind or solar plants over a wide area into a single cable and discharge electricity to multiple cities along its route; high voltage conventional lines must originate and terminate at a single source and sink. The Electrical Power Research Institute has shown that high capacity superconducting DC transmission cables can be integrated into the grid with no loss of stability or reliability.

The Balkanized grid offers a major challenge for renewable electricity. The generation plants, storage capacity, and transmission lines of a single renewable project can easily extend over many ownership, political, and regulation boundaries. This complex landscape breaks the project into pieces located within each jurisdiction and evaluated by each decision-making body according to its own criteria for cost and benefit to its local area. The value of distant generation, storage, or transmission is often excluded from business plan evaluation because it is located outside the jurisdictional boundary. Such Balkanized cost-benefit analyses often do not capture the full value of the project, making renewable electricity appear more expensive than it is. Regulatory agencies and investors need to establish a uniform evaluation process for renewable projects within a holistic framework that includes all the features of the project. For large projects this will cover many states, utilities, operators, and regulatory bodies. A unified vision of the grid integrating all its component parts is needed to capture the full value of renewable electricity.

Today’s grid grew in patchwork fashion from small grids serving local markets with local regulatory and business perspectives. This system worked well when most electricity was generated tens or at most a hundred miles from demand centers, and when only a small fraction of that electricity was shipped to distant markets. By the end of the twentieth century the patchwork approach was reaching the end of its useful life. Electricity was deregulated and regional electricity markets were established allowing electricity to be bought and sold from multiple and more distant sources on the basis of price. Renewable electricity requires an even larger perspective, uniting sources and loads half a continent away. The benefits of connecting and coordinating the electricity grid on the national scale extend well beyond renewable energy. Increases in transmission capacity are critically needed–they have lagged behind increases in generation and use for decades. New storage technologies now being developed and demonstrated serve grid efficiency and reliability in addition to renewable integration. Implementing storage, transmission and a continental regulatory and business perspective creates an integrated and flexible national power backbone that not only enables renewable electricity but also shares electricity across weather and time zones, provides increased capacity for electric cars that replace foreign oil with domestic energy, and enhances reliability and redundancy that prevents cascading failures like the 2003 northeast blackout that affected 50 million people. It is time to modernize our historically patchwork electric grid with new technology for storage and transmission and new national regulatory and business perspectives that take full advantage of renewable energy, increased system reliability, and economies of scale.

The challenges of integrating renewable electricity onto the grid require a balanced portfolio of research and development spanning basic science, demonstration projects, and commercial deployment. The Department of Energy has the range to deal with these challenges in its basic research and technology offices, including Basic Energy Sciences, Electricity Delivery and Energy Reliability, Energy Efficiency and Renewable Energy, and the Advanced Research Projects Agency-Energy. For example, these offices have contributed enormously to advancing portable energy storage for electric vehicles; we must now build upon this foundation to develop grid scale electricity storage where the capacity needs and operating conditions are distinctly different. To enable renewable energy integration, the research and development challenges identified here must be raised to high priority and addressed with a balanced portfolio targeting long-term basic research needs as well as short-term development objectives.

This article is adapted from the Panel on Public Affairs report Integrating Renewable Electricity on the Grid, http://www.aps.org/policy/reports/popa-reports/upload/integratingelec.pdf.

George Crabtree is a Senior Scientist and Distinguished Fellow at Argonne National Laboratory and Distinguished Professor of Physics, Electrical and Mechanical Engineering at University of Illinois at Chicago.

Jim Misewich is Associate Director for Basic Energy Sciences at Brookhaven National Laboratory, and also serves on the board of directors of the New York Battery and Energy Storage Technology Consortium.