By Dimitri Kusnezov and Wendell Jones 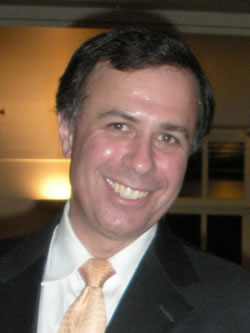 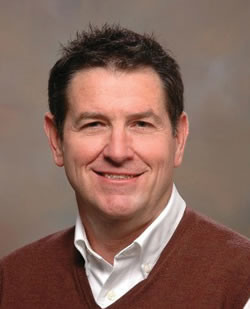 Vannevar Bush’s legacy, Science–The Endless Frontier, has been recognized as the cornerstone of post-World War II US science and science policy. It is viewed as the justification for principal investigator (PI) driven academic research, a model that has worked well to shape the frontiers of science and engineering at research universities. This model has been a spectacular success in fostering innovation and progress in the basic sciences, pushing the frontiers of knowledge and leading to breakthroughs that affected and improved all our lives. At the same time in the ensuing decades, unclassified research has nourished and helped keep the nation’s classified research vibrant. Vannevar Bush was concerned with the issues of governance of science and sought to not only reformulate it but also put in place a structure that would make the US the leader in scientific innovation. It is interesting to note that many of the issues that sixty years ago vexed Bush apply today: the looming fears of losing innovation, competitiveness, and leadership. We propose that these issues indicate the need for a governance approach to the national security science and technology (S&T) capability base that sustains the potency of the PI-driven approach but adds a dimension that stimulates the shared benefits of planning and investments made across multiple government agencies.

Cold War Legacy
Throughout the Cold War, federal agencies and congressional committees supported the research areas of direct interest to their agency or committee. Today, basic science and technology is supported through the National Science Foundation, the Department of Energy, National Institutes of Health and so forth. This multiplicity of funding sources allows for a vigorous competition of ideas and fosters innovation. The breadth of the resulting S&T activities has created a vibrant research marketplace of funders and principal investigators (PIs) that serves a multitude of applied needs as well. At the same time, a significant infrastructure has developed for national security S&T, manifested visibly through national laboratories. An analogous marketplace has emerged for the nation’s classified needs. Broadly speaking, each Federal agency oversees its own S&T capabilities, and each supports the unique skills that have historically met their needs.

During the Cold War, the perceived existential threat provided a priority and focus for investment that cultivated sets of unique skills and capabilities that are not found elsewhere. The nature of that problem promoted the creation of vertically integrated programs. Everything from the basic sciences to needed technologies and engineering to prototype development to full manufacturing were planned and executed under single programs in single agencies. Stovepipes were typically disjoint, and each problem could be bounded and budgets within agencies could balance both strategic and tactical investments in order to deliver against the mission. Adequate funding across national security missions allowed agencies to assume that capabilities each utilized which resided in another agency would be fully funded and cared-for by the other agency. This stovepipe approach worked well and provided straightforward planning and oversight to avoid confusion over lines of authority and priorities. In time, a certain amount of implicit inter-reliance developed among agencies and their unique sets of capabilities that emerged. Such an approach in the post-Cold War era no longer produces a sustainable S&T base for the nation. Further, the problems the nation faces have increasing scientific complexity and are not solvable in the model of the post-World War II 20th century science envisioned by Bush in Science-The Endless Frontier, and exemplified with principal investigator driven research.

We suggest that, in ways distinct from the open scientific environment, the national security marketplace is endowed with properties of a ‘commons’. Said another way, federal agencies with national security missions have become dependent on S&T resources (unique skills and facilities) owned across multiple agencies. This, in turn, suggests that the manner in which planning for S&T is done in these agencies requires revision. Post-Cold War geopolitics and economic realities require a reanalysis of how we organize to address the 21st century national security challenges.  Developments in economic theory, game theory, and common pool resource management provide a framework in which whole new governance models can be explored.

One of the challenges we face today, different from the Cold War, is a proliferation of disparate S&T challenges whose resolution is required for the development of US policy. Each of these challenges is a mission priority for one of the federal agencies while the S&T resources engaged are spread across agencies. How are priorities for funding set?  How can important new capabilities be funded? How can existing capabilities be recapitalized? These are challenging governance questions in their own right whose solutions do not lie within the PI driven model or with autonomous S&T stovepipes. The current austerity faced by all R&D programs presents both opportunity and threat for the US R&D base.

Prisoner’s Dilemma and Game Theory
Game Theory provides a convenient approach to quantify and analyze this complex S&T environment. While originally developed as a quantitative basis for economics, it has grown to be a tool for broad application to many different social settings as well.

The optimal solutions include shared investments that strategically maximize the utility and value of the nation’s S&T. A poor solution is one that is self-protective and cannot address the inherently strategic aspects of long-term federal needs beyond the stovepipes.

Within Game Theory, the Prisoner’s Dilemma is a simple yet illuminating model that applies in part to the problem at hand. It is a construct that illustrates the surprising paradoxes that can be found in even simple situations. In the elementary case, two players are provided options and chose the one that provides the lower risk to them. The players are driven to a collective solution that is an overall inferior economic solution. Our current environment shares the characteristics of an n-body Prisoner’s Dilemma. We are faced with analogous choices in the long-term planning of national security S&T capabilities, and the choices available can lead to non-optimal economic solutions at the national scale. The challenges are much exacerbated in times of austerity. A key attribute of this framework is that players motivated by good intentions, but lacking in deep-rooted trust, can be led to poor overall solutions.

Garret Hardin’s article “The Tragedy of the Commons” has become a classic statement of the problem of shared resources. In the model, a community utilizes a Commons and locally optimized behavior inexorably drives the Commons to ruin. Hardin concluded that shared resources could only be protected through coercion and force. The conclusion that only this outcome derives from utilization of such common pool resources has held as a “general truth” since Hardin’s paper. However, this does not mean that there is no exit from this inevitability.

Other Possible Strategies
Nobel Prize winning economist Elinor Ostrom has documented a number of human-natural systems where common pool resources have been sustained through governance that is neither top-down coercion nor pure market-driven outcomes based on individual decision. She has recognized that there are examples of common pool resources that include both natural and human-constructed equities. When the concept of common pool resources is applied to the S&T base of the nation, this work suggests that there are governance models beyond the simple dichotomy of centralized government (‘stovepipe’ in our analogy) versus private property (principal investigator-driven S&T). Much of Ostrom’s work on governance of shared resources is based on the analysis of natural ecosystems such as forests, fisheries, watersheds and such.

What has emerged is clear evidence in real systems that a different class of resources exists–so called ‘common pool resources’–and we are not all doomed to the tragedy of the commons. Novel governance, with a shared fate, can be developed that can save and grow the commons for maximal societal benefit. What are the critical criteria for the success of these polycentric governance models? First, trust must be built from extensive face-to-face discussions among the parties. Next, sufficient numbers of cooperators are needed; if there are too few, the system fails in time. And third, feedback mechanisms with transparency regarding outcomes are necessary to sustain participation of cooperators.

The National Security Commons
While there are commonalities of the national security S&T base in this country with the definition of common pool resources, there are also significant differences. Nevertheless, one can create a consistent model for such resources that can avoid the dilemma. But an essential step is the recognition of the existence of such commons.

We are in a time of prolonged austerity in which the pressure on S&T budgets will remain severe. Each agency involved in national security will likely be driven to employ the usual two strategies: to cut internal funding for all work not identified as absolutely critical to the near-term demands of their missions, and to leverage the assets of other agencies to the maximum extent at the lowest possible cost. This reality vividly shows the nature of this challenge as having attributes of both a Prisoner’s Dilemma and a common pool resource tragedy. Most of the existing discussion of these challenges falls into one of the two alternatives recognized by Hardin: allow the free market of federal budgets to determine the S&T base, or re-organize the ownership of the national laboratories to fit current missions (re-align the stovepipes). Neither outcome is suited to the class of 21st century complex, multidisciplinary S&T problems.

So What Are the Options?
The issues here have been recognized among select federal agencies with national security S&T missions, and there is currently an effort among these mission agencies that own S&T capabilities to self-organize to address these issues. The Departments of Energy, Defense, Homeland Security and the Office of the Director for National Intelligence have signed up to avoid this potential “tragedy of the commons”. A four-party governance charter has been signed at the Cabinet level, quite novel in its intentions, and it establishes a means to examine strategic alignment of S&T capabilities across agencies in order to circumvent failure in critical national security areas. If done properly, and supported across Congressional committees, it can potentially avoid strategic failure of this ecosystem to responsively deliver against national priorities.

We either face hard choices in down selecting from the large number of problems we will choose to tackle, or we need to develop a more flexible and strategic approach to planning across agency and committee boundaries. Solutions do not lie with PIs, since the problem is inherently structural. It is not for the lack of commitment to accomplishing national missions. Rather, it is the paradox of the Prisoner’s Dilemma that drives rational players into the overall non-optimal situation. The reward structure, planning and approach is still a relic of the 20th century model, where vertical integration built around the desired problem was a feasible option if funding was not limited, and duplication of capabilities could be supported at any level. In such an environment, this would work fine. But as we head into austere times, a more flexible way for federal programs to plan jointly strategically is increasingly critical. The overall infrastructure that is needed is neither trivial nor readily reproduced. Long term planning of capabilities is an essential top-down overlay that cannot be done simply using Vannevar Bush’s approach.

Dimitri Kusnezov is Chief Scientist & Director of the Office of Science and Policy at the National Nuclear Security Administration /Department of Energy in Washington, DC and a laboratory associate in physics at Yale University. Wendell Jones is a retired Senior Scientist of Sandia National Laboratories and an advisor to the Chief Scientist of NNSA/DOE.