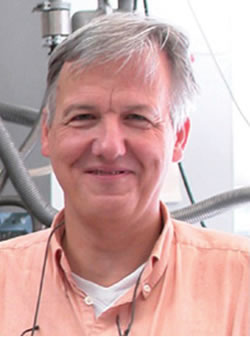 Laurens Molenkamp, Chair for Experimental Physics at the Universität Würzburg, has been named the new senior editor of Physical Review B. The current editor, Peter Adams, who also helped found the journal, stepped down on March 1 but remains on its editorial staff. Molenkamp, who resides in Germany, will be the third senior editor of an APS journal to be based internationally. Physical Review B is a leading international journal for condensed matter and materials physics, and is the largest section of Physical Review.

Molenkamp said that he was “much honored to become the senior Editor of one of the cornerstone journals of condensed matter physics and [is] looking forward to working with its experienced editorial staff.”

He is one of the recipients of the 2012 Oliver E. Buckley Condensed Matter Physics Prize, and is a Fellow of the APS. He was also named an APS Outstanding Referee in 2009. He has previously had editorial experience working with Semiconductor Science and Technology, as a divisional associate editor for Physical Review Letters and as editor for EPJ Applied Physics. Molenkamp’s own research interests focus on quantum transport in nanostructures, semiconductor spintronics, and optical spectroscopy of semiconductors.

“We were favored with an outstanding group of candidates,” said Susan Coppersmith of the University of Wisconsin-Madison, who chaired the search for the new editor. “Dr. Molenkamp impressed the committee with his scientific eminence, editorial experience, and management ability.”

APS Editor in Chief Gene Sprouse said he was excited that Molenkamp is taking the reins at Phys Rev B. “We were prepared for the possibility of an international editor,” Sprouse said. “We know that distance is no longer an impediment to effective editorial management, even of our largest journal. It’s an honor that a scientist of Dr. Molenkamp’s stature will be leading PRB.”