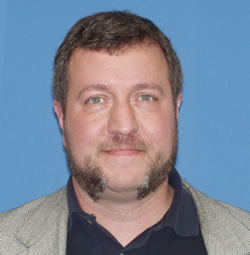 APS's newest journal is having a noticeable impact on physicists around the world, according to Journal Citation Reports (JCR).  Physical Review X received an initial "impact factor" of 6.711, putting it alongside two other APS publications among the ten most influential multidisciplinary physics journals.

Two other measures, in which PRX also ranks in the top ten among broad-scope physics journals, reinforce the fact that PRX is having an impact throughout the physics community. JCR gave PRX a high score of 2.225 in its "immediacy index," which indicates how quickly work published in a journal is disseminated and cited.

In addition, another organization that tracks academic journal influence, Eigenfactor, gave PRX high marks for a journal of its size. Their "article influence" metric is similar to an impact factor, but attributes more weight to the highly cited journals while it controls for self-citations and for journal size. Eigenfactor gave PRX an article influence score of 5.001.

"The articles in PRX are clearly making an impact," said the journal's editor, Jorge Pullin, in a statement. "The physics community has been very supportive. We are eager to continue PRX's current momentum and take it to an even higher level in terms of quality and influence."

Launched in 2011, PRX is an online-only author pays open access journal, featuring research from all physics disciplines. It is one of three APS journals that are entirely open access. The rest are hybrid journals that include some open access content. In the same report, Reviews of Modern Physics received an impact factor of 44.982 while Physical Review Letters came in at 7.943 (both published by APS).

More information about the impact factor, and a discussion of the pros and cons of using it as a measure of significance, can be found in Wikipedia under "Impact Factor", and in E. Garfield, "The history and meaning of the journal impact factor", J. Amer. Med. Assoc. 295, 90 (2006)."