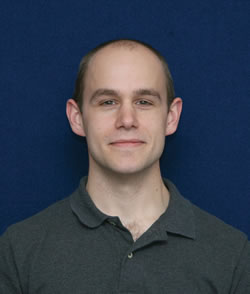 Physicists are by training and professional title an exceptionally diverse group of individuals. We share an educational background that spans centuries of discoveries, in areas such as classical mechanics, electrodynamics, and quantum mechanics. Our training is highly relevant to understanding the intractable real-world systems we face as a society. As such, professional physicists are employed in a wide range of industries and solve challenges that range from product engineering to improving health outcomes to the study of new physical phenomena. Since industry often employs physicists in titles that do not state Physicist, job expectations vary substantially. Even the types of degrees we earn extend from the applied to the purely mathematical. But together we form a society with a common set of interests, needs, and, most important, a common purpose. We model and manipulate the world around us. It only stands to reason that such a diverse group of individuals will face issues that are just as varied.

As individuals with jobs and goals, our needs change substantially as we progress through our careers. The support APS offers us should as well. An often overlooked segment of our community comprises those who either are working toward finding or have recently begun a new phase of their professional careers. This includes education just as much as changing jobs or even roles within an organization. We all move in and out of these critical time periods and it is during these transitions that the foundation of our careers is formed. Yet, traditionally, this is when we have the smallest voice for our concerns and the fewest resources to accomplish our goals. The early formative years and transitional periods are critical and require additional consideration from APS. Luckily, we form a Society where many of us have gone through these transitions and, as such, we are well suited to assist the transitional segments of our community to achieve their goals. Recent economic trends only strengthen the argument that we must protect and support these portions of our society. To address this community need, APS established a task force in the fall of 2012 to provide advice on how to better serve physicists throughout their academic studies, transitional career periods, and the first several years of their careers.

The nine-person committee, called the Early Career Task Force (ECTF), was charged with "identifying opportunities for APS to serve physicists more effectively in the early stages of their careers. Focusing on physicists in graduate school, postdoctoral appointments and first professional jobs, the Task Force should examine the needs of this cohort for career information, job and internship postings, and networking opportunities, and suggest additional ways to foster this member segment's involvement with the APS. The objective is to help early-career physicists take their place in the physics enterprise, to facilitate stronger connections of this group to the APS physics community, and to encourage greater engagement of these members as volunteers." The task force met in person on 15 October 2012 and thereafter through electronic means, and a final report was voted on and submitted to the APS Executive Board in April 2013.

The task force recommendations can be broken down into several broad categories, the most considerable being the formation of local chapters. The primary resource of the APS is its members and the community they form. The collective knowledge and experience the Society can offer is the most important benefit to being a member only so long as these benefits can be effectively transferred. Furthermore, facilitation of member involvement within society activities, such as networking and volunteering, is vital for a dynamic and vibrant community that supports its members throughout their careers. Early and transitional career members would benefit the most from such reciprocal interactions, as this transfer of information is essential to the concept of Physicist as a profession. The ECTF recommended that APS should provide ways for members to interact with each other and contribute to each other's success, specifically through the creation of local APS chapters. These chapters would strengthen the organization and physics community as a whole by increasing member interactions and the availability of service opportunities. In essence, APS local chapters would not only be a place to find resources, but a community for Physicists to interact with other Physicists.

Local chapters are to be fundamentally inclusive and designed to attract students, early career physicists of all backgrounds, and those in transitional career periods, including academic and non-academic physicists. While the chapters should be constructed to address the specific needs of early career physicists, they should not be limited to a specific community subsection and should strive to include physicists practicing at all levels and in all settings. Some chapters would best be served by direct affiliation with universities and educational entities, others with a specific industry or commercial hub, and some by a geographical location. It is important to note that the intent of local chapters, or more importantly APS's role in local chapters, is one of support. Local chapters must be organic organizations that promote Physicists, offer opportunities for networking, communication between members, and provide volunteering support of both the local community and APS as a whole.

Local chapters are the ideal entities to facilitate networking within job markets, educational endeavors, and local community engagement by supporting self-determined events, activities, and resource access. A priority of each local chapter should be the inclusion of physicists and members from a variety of backgrounds, specifically those with non-academic experience. Only 20% of PhDs physicists ultimately end up in tenure-track positions. Successful local chapters will require both academic and non-academic physicists to have a sense of ownership. AIP statistics show that the largest percentage of permanently employed PhDs is in the private sector, at 57%. Many physicists do not have careers in academia and more closely identify with industrial career roles. Implementing local APS chapters would establish a more robust connection between academic physics entities and local industries. Actively encouraging non-academic physicists to engage in local APS chapter events and participate in volunteer roles both locally and nationally will strengthen not only the local chapter but a segment of the membership that is currently underserved by APS. It is recommended that each local chapter should strive to have a high level of autonomy, as each local chapter should represent the local community from which it is created.

Local chapters could provide a lifetime of career development resources and networking opportunities to all of its members, including industry-specific interactions, remote access of electronic resources, tools to assist job seekers with communication skills, informational sessions and topical meetings. However, to be successful this endeavor will require contributions from all levels of APS. Such an initiative requires additional resources which could include: membership infrastructure, activity guidance, electronic resources, financial support, organizational networking assistance, and educational materials. A special effort should be made to include local chapter events at regional and unit meetings. In return local chapters should support meeting activities. Such symbiotic interactions would improve attitudes toward the physics culture and the idea of Physicist as a profession.

Another primary recommendation of the ECTF is that APS must actively define itself as representing all physicists. By the very nature of the discipline, the physics community is broad. More so, it is common for Physicists to change fields. The Society must educate the public and its members about the varied career options available with a physics degree. Specifically, we need to do a better job of informing members, irrespective of title or degree, of the variety of opportunities available and begin to specifically highlight non-academic positions. I believe this broadening of the Physicist identity not only represents who we are as a society but will increase the sense of belonging to the physics community and strengthen the concept of Physicist as a profession. Thus, the ECTF recommends that APS promote and market the definition of a physicist as one who obtains a degree in physics, works in a physics-related field, or uses physics in his or her career. The physics community should be inclusive of all those who express interest in physics in any capacity and not be exclusive to the holders of doctoral degrees or those who pursue academic careers. Continuing to educate faculty and members on the changing definition of career physicist would contribute to an increased sense of community. This sense of Physicist identity should be a primary driver in APS initiatives. Additionally, an essential component of any healthy community is active member interaction through volunteering, and there are many opportunities to contribute. Local chapters would be a natural method of advertising and increasing volunteer support services. These volunteer positions must be easy to find, actively facilitated by APS and local chapters, and communicated effectively.

To facilitate the professional development of Early Career Physicists, the ECTF recommends several changes to APS meetings. While APS is dedicated to representing all physicists, the vast majority of talks at meetings could be characterized as academic. Since these meetings attract an increasing number of undergraduates, there needs to be a focus on industrial and non-academic topics. This more personable setting is ideal for industrial member networking, establishing student-industrial member interactions, and broadening the purpose of the meeting to include the development of physics as a profession and increasing APS's sense of community. Once established, APS local chapters would be a natural source for non-academic meeting involvement, improving both the meetings and service opportunities.

Additional suggestions focus on enhancing member interactions through networking. Poster sessions are often viewed as opportunities to directly connect in a way which simply is not possible in oral presentations. Poster conversations can be more in-depth, include a variety of advantageous professional interactions, and should be encouraged. Offering workshops which address professional skills and career planning at meetings would assist many early career Physicists. While implementing more professional development support at annual meetings is important, the impact of these efforts is inherently limited, since they occur over a brief period of time and are accessible only to those who are attending annual meetings. Promoting similar activities on a local level, within local chapters, would provide a sustained level of career support to a larger group of people over a longer time scale.

While the implications of these recommendations span the breadth of the Society and how it fundamentally relates to its members, it is my hope that they are a point of discussion for future development and self-improvement. APS has been actively researching these recommendations since the final report was submitted to the Executive Board. Finally, I thank the ECTF committee since many of the ideas, concepts, and script stated in this article come from their report and hard work.

Brad R. Conrad is an Assistant Professor of Physics and Astronomy at Appalachian State University. He was also the Chair of the APS Early Career Task Force, which generated the report discussed here.