Rethinking US Visa Policy to Compete Globally for Talent 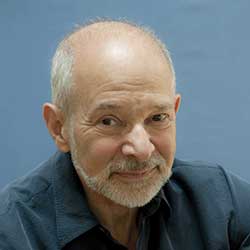 The United States has long been a magnet for top science and engineering talent from every corner of the world. The contributions of hundreds of thousands of international students and immigrants have helped this country build a uniquely powerful, productive, and creative science and technology enterprise that leads the world in many fields and is responsible for the creation of millions of high-value jobs. A few statistics suggest just how important foreign-born talent is to US science and technology:

But the world is changing. Countries that were minor players in science and technology a few years ago are rapidly entering the major leagues and actively competing for talent on the global marketplace. The advent of rapid and inexpensive global communication and air travel within easy reach of researchers from many countries have fostered the growth of global networks of collaboration and are changing the way research is done. Our visa and immigration systems need to change, too.

For the past year, I have been engaged in a study of the impacts of US visa and immigration policies on foreign scientists, engineers, and STEM students in light of the increasing globalization of science. Through this study, I’ve identified a number of important priorities that will help the United States respond to these developments and prepare for the future.

Take, for example, the section of US immigration law known as 214(b) that requires consular officers to treat every person applying for a US visa as an “intending immigrant.” In practice, this provision means that a person being interviewed for a nonimmigrant student visa must persuade the consular officer that he or she does not intend to remain permanently in the United States. Just stating the intent to return home following completion of one’s educational program is not enough. The applicant must present evidence to support that assertion, generally by showing strong ties to the home country. Such evidence may include connections to family members, a bank account, a job or other steady source of income, a house or other property. For a student, especially one from a developing country, this is often not a straightforward matter. It is not surprising, therefore, that the most common reason for denial of a visa application, including student visas as well as other major visa categories is 214(b), failure to overcome the presumption of immigrant intent.

It’s time to re-examine the application of 214(b) to STEM students in light of the fundamental changes in science and higher education that have taken place over the past 60 years. As NAFSA, the Association of International Educators, states in a recent policy brief, “Educated students are exactly the kinds of immigrants we should encourage to stay in the United States. We should not force them, before they even start their studies, to say that they have no intention of staying, working, and contributing to our country after they graduate.”

The presumption of intent to immigrate is not the only hoop through which we put STEM students and potential science and engineering visitors. Others include the security review process code-named “Visas Mantis,” the limits on H-1B visas (for foreign workers in specialized occupations), and the unnecessarily complex rules that govern J-1 visas (for exchange visitors).

Visa applicants who work in or intend to study certain technical fields or are from certain countries are frequently referred by consular officers to a security review involving nearly a dozen federal agencies. The “Visa Mantis” review is currently applied to about 10 percent of technical visitors, it is largely opaque, keeping applicants in the dark about their status, subjecting many innocent individuals to lengthy delays, and tarnishing the image of the United States as an open, welcoming society. Adding more consular officers with scientific or engineering training could facilitate screening applicants at the consulates and reduce the number of unnecessary Mantis referrals, allowing security officials to focus on serious security risks. Keeping applicants informed of the status of their applications during Mantis reviews would also help.

The H-1B visa category covers temporary workers in specialty occupations, including scientists and engineers in R&D. The program is capped at 65,000 each fiscal year, but an additional 20,000 foreign nationals with advanced degrees from US universities are exempt from this ceiling and all H-1B visa holders who work at universities and university and government-affiliated nonprofits, including national laboratories are also exempt. Presumably intended to strengthen US science and engineering capabilities by bringing in international talent, the program has been exploited by firms (mainly from India) that outsource information technology workers (programmers, software developers) to US clients. One relatively easy fix for this problem might be to expand the exempt subcategories of H-1Bs to include all PhD scientists and engineers engaged in R&D, not just those at universities and nonprofits, thus putting them in a separate class from those using the program for outsourcing of IT personnel.

The J-1 exchange visitor visa, which covers research scholars and professors, is entangled in a maze of rules and regulations. There are restrictions on how long a visitor may remain in the United States that depend on the dates and durations of previous visits. There is a two-year home country residence requirement that applies to some visitors and there are 12 and 24 month bars that prevent visitors from returning to this country, again depending on various factors. There are reasons behind each of these rules, but together they create an unnecessarily complex picture to potential visitors and those who would invite them to US labs and classrooms.

Up to now, we have still managed to attract large numbers of top STEM students, postdocs, and senior scientists and engineers. But other nations are not just standing by idly and watching. They know how important scientific and engineering talent is to their futures. China, India, and South Korea, among others, have set up programs to draw expatriate scientists back home. They are offering attractive salaries and funding to set up labs and hire staff. In 2011, China established a “Thousand Foreign Experts Program” explicitly aimed at foreign scientists and entrepreneurs. Korea has opened a “one-stop” center to help foreign researchers immigrate. Canada has created a new visa program to attract foreign entrepreneurs. Australia, Chile, and Brazil are among the other nations with programs to attract international scientists. As US federal agencies and universities see their budgets shrink and the US visa and immigration system remains locked in the past, the appeal of such programs to scientists who might otherwise come to the United States grows. The changes advocated here and others explored in this study can help level the playing field and maintain the position of the United States as a world leader in science and technology.