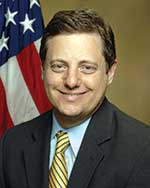 These days, if you want to take a bite out of crime, you are going to be aided by various technologies, ranging from simple databases to tasers to DNA fingerprinting. And yet most police departments do not have staff with science or engineering backgrounds.

“Police are an underserved market with respect to science and technology knowledge,” explains John S. Morgan, a physicist and entrepreneur. Whereas the military industrial complex is designed to spur new research and innovations to enable success in and out of the battlefield, “police have nothing equivalent to this.”

As a result, law enforcement organizations may spend billions of dollars on specialized equipment, but “are at a disadvantage because they have to depend on the vendor to tell them how to use it,” he notes.

That’s where Morgan comes in. His company, Coptech LLC, offers a “cost-effective solution” to police departments to help them understand science and technology that can improve their mission and aid them in navigating difficult technical problems. With over 17,000 law enforcement agencies in the US alone, including federal, state, and local police departments, as well as organizations that serve schools, parks and prisons, launching his company was a “no-brainer,” he says.

Morgan provides value to his clients in numerous ways. One of his core mandates is to assist police departments in making intelligent decisions in purchasing technology and training officers, as well as in using and maintaining equipment. For example, while many departments buy and use tasers, the individual law enforcement professionals may not have a detailed understanding of how tasers function and how they impact the human body. His company offers instruction modules for cops to learn the physics behind taser technology, utilizing a Tesla coil to demonstrate voltage effects. At the same time, he educates police officers on how to use a taser properly to subdue a perpetrator. He is partnering with the International Academy of Public Safety to deliver web-based training across the country.

He trains law enforcement professionals to think like engineers or physicists when solving problems, whether they require technology or not. In fact, part of his charge is to create “police technologists,” professionals who are tasked with running projects that are technology-related. “We teach the basics of systems engineering and how to relate a technological need to the mission of their agency,” he says.

His other projects include assisting technology companies to better understand law enforcement issues so they can more successfully develop products to meet their growing needs, and international policing development. “The US spends very little money on helping foreign police departments,” he notes. “And yet this is the front line of combating terrorism and an extraordinarily important part of improving governance, especially in the developing world. Law enforcement is woefully undervalued in international relations and I’d like to fix this.”

Morgan certainly has the skill set to lead these initiatives. With a BS in physics from Loyola College in Maryland and a PhD in materials science and engineering from Johns Hopkins, he served in the Maryland State Legislature while employed by the Applied Physics Laboratory (APL). In 1994, he was awarded an APS Congressional Science Fellowship and was embedded in the office of US Representative Dana Rohrabacher. He leveraged his time on Capitol Hill to learn as much as he could about the justice system in the US, so after he completed his Fellowship, he was able to transition into the Office of Science and Technology in the National Institute of Justice (the research arm of the Department of Justice (DOJ)) as its director.

At the DOJ, Morgan spent much of his nine years overseeing R&D programs to develop and deploy novel innovations to the criminal justice system, such as forensic technology (e.g., DNA testing, fingerprints), operational technology (e.g., body armor, less lethal weapons), and information and sensor technology. He feels that one of his most important accomplishments was spearheading a program that helped analyze millions of backlogged DNA samples nationwide, and altered the way DNA is used as a forensic, crime-fighting tool. “We changed the technology to make it better, improved the standards, increased the speed of analysis, and created a system in which new kinds of samples could be tested,” he says. The White House and Congress invested hundreds of millions of dollars in support of the President’s Advancing Justice Through DNA Technology initiative, and Morgan was awarded the Service to America Medal, the highest honor a civilian can receive, for his contributions. He later served as the Command Science Advisor to the US Army Special Operations Command, where he oversaw research in myriad technical arenas, including bomb-detecting robotics, night-vision gear, and information analysis.

But all of these experiences in fighting crime and terrorism wouldn’t have been possible without a foundation in physics, argues Morgan. Not only does it bolster his problem-solving abilities, but it also “gives me instant credibility because police departments are hungry for information on science and technology and they want someone with real credentials to help them.”

As technology continues to pervade every corner of society, Morgan predicts that opportunities for physicists in the law enforcement community will also grow. “I love the purity of science for science’s sake, but there’s wonderful satisfaction in seeing science and technology put into practice in a practical way,” he says. Currently there is a desperate need for analysts and data scientists, especially with an uptick in electronic crime, he notes, but there are other avenues in which physics-educated professionals can contribute. “People with physics backgrounds have more to offer in this landscape than they might realize,” he says. “For someone who is creative and interested in stepping out of their comfort zone, this is the industry for you.”

Alaina G. Levine is the author of Networking for Nerds (Wiley, 2014) and President of Quantum Success Solutions, a science career and professional development consulting enterprise. She can be contacted through www.alainalevine.com, or followed on twitter @AlainaGLevine.