All science is either physics or stamp collecting.
—Ernest Rutherford 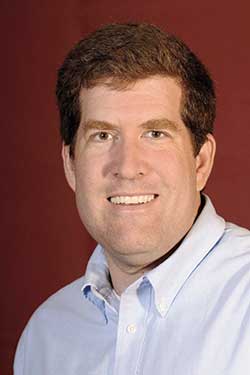 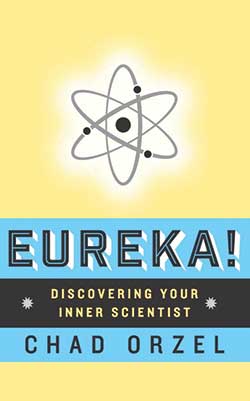 Like a lot of kids, I had a stamp collection for a while. I never collected anything particularly notable, but going through old letters and boxes of stamps from relatives who had had collections was enjoyable in a quiet way. And putting the individual stamps together to make a larger picture was fascinating. I remember an intimidatingly large three-ring binder with spots for every US stamp that had been issued to that point, and the satisfaction of completing a page. My hobby also gave a sense of history outside the collection — for example, seeing all the stamps of the 1893 Columbian Issue commemorating the 400th anniversary of Christopher Columbus’ famous voyages showed me there was a good deal more to the story than I had heard in grade school.

Beyond the immediate pleasures of building a collection, though, the impulse to collect can be a starting point for science. The most obvious product of collecting hobbies is an array of physical objects, but collecting is also a mental state. Serious collectors develop habits of mind particular to their hobbies — a sort of constant low-level awareness of possible sources of stamps, an ability to spot new specimens, and close observation and knowledge of the fine gradations that separate valuable stamps from worthless bits of colored paper. These habits of mind also serve well in science; the simple act of collecting a diverse array of interesting objects or observations also serves as the starting point for most sciences.

Rutherford’s famous gibe contains a small element of truth, because the physics of his day was more fully developed than other sciences, in terms of successful unifying theories like Newton’s laws of motion and Maxwell’s equations for electromagnetism. But that very development started with the “stamp collecting” of lots of individual bits of data. Newton would not have been able to formulate his laws without decades of carefully recorded astronomical observations and experimental tests by previous generations of scientists. Maxwell’s equations bring together the results of dozens of seemingly unconnected experiments on the behavior of charged particles and magnets. And the amassing of examples continues to be critically important to this day — the Standard Model of particle physics is arguably the most comprehensive and successful scientific theory in human history, but modern particle physics is the ultimate big-data science, with the Large Hadron Collider (LHC) producing hundreds of petabytes worth of experimental data in a year.

The other sciences at the turn of the twentieth century were nowhere near as fully developed as they are now or as physics was then. In geology, the idea of continental drift was decades off, and scientists still had some trouble determining the age of Earth — the best available estimates from the temperature of the Earth and Sun suggested an age of at most a few hundred million years, a small fraction of the apparent age of rocks. In chemistry, the rules determining bonding of atoms into molecules were known, but the underlying principles were not understood until the development of quantum mechanics; there was even some debate as to whether atoms were real physical entities or merely a mathematical convenience. Biology was probably the furthest along, but even there, the rules of heredity were still being worked out and the discovery of DNA as the mechanism of heredity, one of the crucial foundations of modern biochemistry, was nearly a half-century away.

All of these sciences have made remarkable progress in the past century, matching or even surpassing the development of physics in Rutherford’s day. The development of our modern understanding of all of these sciences began with the collection of a huge number of “stamps,” allowing scientists to determine patterns that are clear only through the accumulation of a vast array of information. So while there is some truth to Rutherford’s snide taxonomy, in another sense, it misunderstands the process of science. Stamp collecting is an essential step on the way to deeper scientific understanding. This is best illustrated by what may well be the most important and controversial scientific book ever written, Charles Darwin’s On the Origin of Species.

Although he never needed to work at a trade, Darwin was hardly idle, studying a wide range of organisms in great detail and so obsessively that his children assumed that all fathers spent their days peering through microscopes. One of his sons, visiting a friend’s family, famously asked, “Where does your father do his barnacles?” His books about barnacles won a prize from the Royal Society, and he was an active member of the leading scientific societies of the day. He also carefully tracked the behavior of plants in his gardens and spent many years raising pigeons.

The fruit of all this labor came in 1859, when Darwin published his most important book, On the Origin of Species by means of Natural Selection, or the Preservation of Favoured Races in the Struggle for Life. This is the book that launched the modern concept of biological evolution, sparked enormous public controversy, and made Darwin a figure to be reviled or revered by various combatants in the culture wars that continue to this day.

Why, then, does Darwin have iconic status, while earlier evolutionary thinkers are only remembered by historians of science? Darwin’s Origin supplanted earlier theories for two reasons. First, he provided a clear mechanism by which evolutionary changes occur: the slow accumulation of small variations that make specific individual organisms more likely to survive and reproduce. Those beneficial changes are passed on to future generations, where further variations occur, with the beneficial changes passed on, and so on.

This mechanism of natural selection places Darwin’s theory squarely within the realm of science [1]. Erasmus Darwin and Lamarck had invoked vague metaphysical “principles” driving continual improvements in species, as if there were some goal to be attained, which is an uncomfortable basis for a scientific theory [2]. Lamarck provided the first coherent theoretical framework for talking about evolution, and Darwin himself cited it as an influence on his thinking, but without a better idea of the mechanism of change, Lamarck’s theory gained little traction as science.

The second, equally important, factor that secured Darwin’s triumph came from his years of careful collecting, from the Beagle to his barnacles to the breeding of pigeons. The Origin succeeded as brilliantly as it did in large part because Darwin supported his argument with concrete evidence, piles and piles of it. All those years of collecting and cataloging plants and animals like stamps in an album paid off.

While Darwin’s work is probably the highest-profile example of clinching a discovery through the amassing of vast piles of evidence, all sciences start with the collection of “stamps,” small bits of data that may seem no more than faintly interesting curiosities at first glance. This is particularly true of the observational sciences, where researchers attempt to piece together long-ago events that are not easily repeated. The idea that the continents shift position over time began with Alfred Wegener’s observation that the coastlines of Africa and South America seem almost like complementary puzzle pieces. The idea of continental drift didn’t gain acceptance until after multiple lines of other evidence were found to support it: close similarities between rock strata and fossils on opposite sides of the Atlantic, evidence of sea-floor spreading at the Mid-Atlantic Ridge, and matching “stripes” of magnetization in rocks on either side of the ridge, tracing out the history of magnetic pole flips. Thanks to the convergence of all those bits of evidence, the idea that the continents shift position over millions of years is central to the modern theory of plate tectonics, as central to geology as evolution is to biology.

Rutherford’s quip about stamp collecting is usually brought out as either a teasing dig at biologists or an example of the overbearing arrogance of physicists, depending on whether the person citing it is a physicist or a biologist. But given the essential role of data collection to evolutionary biology and other sciences, perhaps Rutherford’s comment should be viewed more as a compliment to stamp collectors. Nearly all progress in science can ultimately be traced to the human impulse to collect and arrange enormous amounts of stuff.

The lesson to take from Darwin and Rutherford and collecting generally, then, is the importance of measuring everything. The first step to bringing your inner scientist to bear on a problem is to collect as much information as you can about the problem — if you want to lose weight, you need to track what you eat; if you want to make better use of your time at work, you need to track what you do through the day. The individual records may not seem meaningful in themselves, but taken all together, they may reveal useful patterns and suggest solutions.

Chad Orzel received his BA in physics from Williams College, his PhD in chemical physics from the University of Maryland, and did postdoctorate research at Yale University. He maintains the blog Uncertain Principles and is the author of Dog and How to Teach Physics to Your Dog and How to Teach Relativity to Your Dog. He is now a professor at Union College in Schenectady, New York.

Excerpted from Eureka: Discovering Your Inner Scientist by Chad Orzel with permission of the publisher. Available from Basic Books, a member of The Perseus Books Group. Copyright © 2014.