By Cathleen Fisher and Haley Armstrong 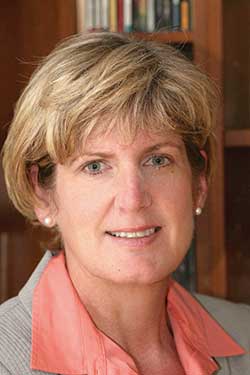 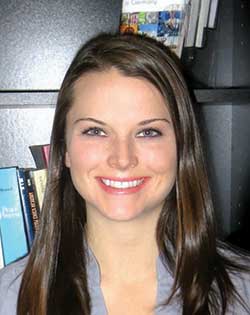 In a world of global science and increasing research mobility, participation in international collaborations and exchanges — long a mainstay in physics — is increasingly necessary to a successful scientific career and to the advancement of scientific knowledge in many fields.

The new geography of global science poses significant challenges to the United States, which, for good historical reasons, has had a unique approach to internationalization. US researchers traditionally have been far less mobile than their international counterparts, and many are still apt to see foreign experience as an impediment, rather than a boost, to a successful career. And while many US universities are embracing internationalization with fervor, few provide incentives for global engagement in faculty tenure and promotion criteria. Instead, the US has relied on what might aptly be called a strategy of “brain capture”: attract the best talent and hang onto it in perpetuity. It has been a successful approach, thanks to many decades of significant investment in science and the excellence of US research universities. The US global edge of course is not going to disappear overnight. Looking forward, however, US universities will face increasing competition from countries and regions that are investing in science and research to enhance the competitiveness of their universities and economies.

In contrast, Germany has been giving a lot of thought in recent years to the new global geography of science and its implications for knowledge economies. Taking the long view, the German government has launched a number of strategic initiatives, including the “Excellence Initiative,” aimed at elevating the global status of select German universities, and a high-tech strategy that gives funding priority to cutting-edge research in fields that are critical to the German economy and society. Far from pursuing a policy of “brain capture,” Germany has long embraced the benefits of “brain circulation,” providing sustained federal funding to support student and faculty research exchanges between German and foreign universities.

Among the premier German institutions engaged in “brain circulation” is the Alexander von Humboldt Foundation (AvH). Since 1953, the AvH has supported the independent research of outstanding international scientists and scholars at German universities and research institutions. Physics (along with chemistry) remains one of the top two fields for applicants each year. Approximately 16 percent of AvH fellowship and award winners in 2013 listed physics as their field of research. Over the decades, the Foundation has sponsored over 400 physicists from the United States alone. They are among the 5,000+ US alumni of the Foundation and part of a worldwide network of over 26,000 “Humboldtians” (including 50 Nobel laureates) in 140 countries, which the Foundation continues to support through opportunities for renewed research stays and other benefits.

Located in Washington, DC, American Friends of the Alexander von Humboldt Foundation (AFAvH) is the professional partner of the AvH in the United States and a U.S. 501(c)3 charitable organization. Our goals and activities include:

One of the principal ways AFAvH reaches out to researchers is through collaboration with their scientific societies, including the American Physical Society. With the assistance of Professor Royce Zia, Virginia Tech University, AFAvH was pleased to organize a reception for both US “Humboldtians” and prospective applicants attending the 2014 APS March Meeting in Denver. AFAvH will be hosting a booth and reception at the 2015 APS March Meeting in San Antonio, along with its partners from other German funding agencies, including the German Academic Exchange Service (DAAD) and the German Research Foundation (DFG). Joining us at the booth in San Antonio will be several leading German physicists, who will be available, along with US Humboldtians and representatives of the various funding agencies, to answer questions about the many programs and the funding available for physicists to do research in Germany (Please visit the Fellowships & Awards page to find a full list of fellowships and awards and the Upcoming Events page to find other meetings and events where AFAvH will have a presence.)

Beyond promotion of research opportunities in Germany, AFAvH is also committed to expanding dialogue across the Atlantic about the key challenges posed by fundamental changes in the global context of science, technology and innovation. Through a series of workshops and public events we are engaging alumni and other thought leaders in exploration of the challenges associated with the globalization of knowledge production, including the impact of international research mobility on the scientific enterprise; the internationalization strategies of US and German universities; and the role of bilateral cooperation between Germany and the United States in an age of global knowledge production. A new virtual program, the AFAvH blog, features short posts by Humboldtians and other partners as well as relevant reposts in three topic areas: Globalization of Research; Science, Society and Policy; and Transatlantic Research and Professional Cooperation. (View the AFAvH blog)

Through these and other activities, AFAvH seeks to become a leading source of expertise and information on the internationalization of science and scholarship and its benefits for US science and scholarship. We believe that the United States and US institutions have much to learn from Germany’s experience, and more particularly, from that of the Humboldt Foundation and the researchers it has supported. We look forward to working with others who share our interest in encouraging new thinking about strategic US engagement in global scientific collaboration.

Cathleen S. Fisher is President of American Friends of the Alexander von Humboldt Foundation (AFAvH). Haley Armstrong is Program and Board Assistant at the organization, which promotes German-American research exchange in science, engineering and the humanities.