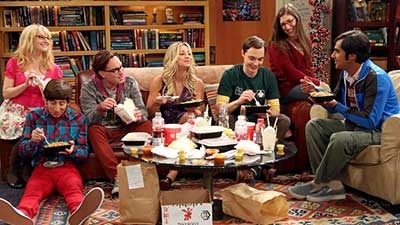 The cast, crew, and one of the creators of the hit television show “The Big Bang Theory” announced in late May 2015 that together they are endowing a new scholarship at the University of California, Los Angeles for science, technology, engineering, and mathematics (STEM) undergraduates.

According to the university, the scholarship fund has raised more than $4 million from nearly 50 people associated with the television program, which is now in its eighth season. The show’s science consultant, APS Life Member David Saltzberg, is a physics professor at UCLA.

In a press release, UCLA Chancellor Gene Block said “We are grateful for The Big Bang Theory Scholarship Endowment, whose contributors agree with us that economic standing should not hinder a deserving student’s shot at a degree from a university of UCLA’s caliber.”

During the coming 2015-2016 academic year, 20 Big Bang Theory scholars will be chosen from among those admitted to UCLA, and these students will receive funding based on financial need. In each of the following years, five additional students will be selected.