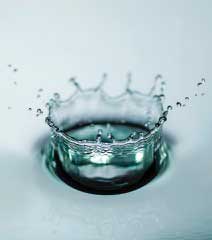 Physical Review Fluids, the newest member of the APS family of journals, began publication on May 2. The online-only journal has called for research papers that “significantly advance the fundamental understanding of fluid dynamics.”

The new journal is the first in the Physical Review series to focus exclusively on fluid mechanics and dynamics, and the editors aim to make it a premiere international fluids publication.

Gary Leal, a chemical engineer at the University of California, Santa Barbara who is one of two editors of the journal, says that carrying the established Physical Review name will “open [the journal] up to a broader potential readership than has traditionally been the case for fluid mechanics journals.” Leal shares his role with John Kim, a mechanical engineer at the University of California, Los Angeles.

Leal said that, in addition to traditional topics, the journal will embrace interdisciplinary areas, such as fluids research relevant to biology and medicine and to collective motion, like flying and swimming. The first issue already hints at this promised diversity, with papers that explore the flow of sediment in rivers, the transport of energy by ocean waves, and the splashing of droplets of cornstarch and other shear-thickening liquids.

Physical Review Fluids is endorsed by the APS Division of Fluid Dynamics. This backing means that the journal will publish several items from the division’s annual meeting, including invited papers from plenary talks and a collection of eye-catching images and videos known as the Gallery of Fluid Motion. Researchers who publish in Physical Review Fluids are also eligible to receive the François Frenkiel award, an annual prize that recognizes the contributions of a young scientist to the field of fluid mechanics.