In January 2014, the European Commission President-elect, Jean-Claude Juncker, triggered outrage among Europe’s scientific community when he chose not to renew the role of Chief Scientific Advisor to the Commission. At the time, I remained cautiously optimistic and urged the community to wait and see what Mr. Juncker would propose instead: I could not believe that he would simply rip science out of policy making. My optimism proved to be well founded, since one year into his mandate, in November 2015, the Commission launched the Scientific Advice Mechanism (SAM).

The SAM is, in my opinion, a much more robust method of providing scientific advice than placing the entire responsibility on the shoulders of one individual. When Mr. Juncker did away with the role of Chief Scientific Advisor, it was against a backdrop of sometimes-vitriolic attacks on the incumbent, Anne Glover, a vocal proponent of genetically modified organisms (GMOs). In such an environment, it became impossible to have a rational public debate on the subject, and whatever we may feel about GMOs, they deserve a rational, evidence-based debate in the policy arena. By moving away from reliance on a single advisor to a mechanism that allows for a much broader, structured consultation among the scientific community, the kind of debate needed becomes not only possible but inevitable.

So what is the SAM? To answer that question, it’s first necessary to understand how science is organized in Europe. Much science in Europe is conducted at the national level, with national communities represented by national academies and learned societies. In addition, there are international bodies, such as the European Physical Society. The European Commission has its own research capacity in the form of the Joint Research Centre (JRC), which carries out research relevant to policy making. Recent JRC reports cover subjects from the robustness of natural ecosystems in the face of climate change to the safety of inks used in tattoos (the latter reflecting the growing popularity of tattoos among the young).

The SAM draws on all this expertise, working through a high-level group of seven scientific advisors supported by a strong secretariat in Brussels. I have the privilege of being one of the seven by virtue of my longer-than-I-care-to-admit career in particle physics and the management of big science. Rather than working alone, I share the responsibility with a molecular biologist, a sociologist, a materials scientist, a meteorologist, a mathematician, and our chairperson, a microbiologist. Together, we see things from all angles, and we have access to a vast range of expertise.

The way it works is via a two-way flow of information. We are asked by the Commission to provide scientific advice for policy — as opposed to policy advice for science — on a range of specific questions. At the moment, we are looking at cybersecurity and CO2 emissions from light commercial vehicles. Before delivering our advice, we will consult any relevant research being carried out at the JRC, and interrogate Europe’s national and international academies and learned societies on the scientific evidence they are able to provide. As an example of the day-to-day work we do, at an upcoming workshop in Vilnius, I will be the rapporteur on secure digital identities for a single digital market in Europe, which will provide valuable input to the cybersecurity question.

As well as responding to specific requests from the Commission, we will also provide advice on subjects that our combined experience and expertise allow us to identify as important potential meeting points for science and policy over the long term. We’re currently examining a variety of interesting topics.

Scientific research is one of the greatest successes of the European project. Over the years, the European Commission’s Framework programmes have catalyzed cross-border research in Europe, leading to the establishment of a genuine research area across the continent. This was the reason for my cautious optimism back in 2014, and I’m very pleased that my instinct proved to be correct.

In establishing the SAM, Mr. Juncker has taken the provision of independent scientific advice to the next level, acknowledging that science is essential to policy making. Science is everywhere. It permeates every aspect of modern life, and it is to science that we must turn when we address the major societal issues facing the world and shaping our future. Issues such as climate, energy, food, and water are challenging the way we inhabit and share this planet. They all present major hurdles to overcome, and none can be resolved by policy alone. To find a sustainable solution for each of them requires science. And for policy makers to steer the right course, they need access to clear, level-headed advice on subjects that frequently elicit an emotional response. The SAM provides the mechanism for that to happen.

I am thoroughly enjoying my first year of service on the SAM’s group of seven. It’s still early days for us, and to paraphrase our chairperson speaking at our last meeting during this year’s EuroScience Open Forum conference, the SAM is still a child just learning to walk. Nevertheless, I think we’re learning fast, and the longer I serve, the more convinced I am that Mr. Juncker and the Commission have done both Europe and science a great service by establishing such a well thought-out, well structured and robust mechanism for delivering independent scientific advice to policy making.

Rolf-Dieter Heuer is president of the German Physical Society and is the former director-general of CERN. 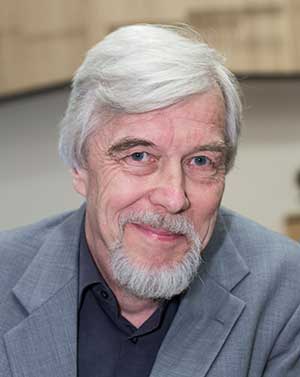