APS Supports Industrial Physics — You Can Too!

From laser technology to microelectronics to advanced materials, physicists working in the private sector have utilized fundamental physics research to create new major industries and ensure our country’s position as the world’s leading economy.

APS is committed to working with industrial leaders, government agencies, and university physics departments to ensure that the American industrial physics community remains competitive and pre-eminent in the 21st century and beyond. Toward that end, APS has launched a series of initiatives in concert with the APS Industrial Physics Advisory Board, including:

Such programs require financial support (from both individuals and institutions) that will help APS continue its leadership in serving the entire physics community — of which more than 50% works in industry. We are grateful to the American Institute of Physics for its generous lead grant in support of the Economic Impact study.

Our immediate need is additional financial support for the production of this report. We will analyze the essential role of physics as a source of technology for economic growth, similar to a study of industrial physics in the UK. Our goals, however, are much greater, and we intend to use this report to catalyze a broader range of APS activities in partnership with industry leaders, government agencies, and universities. We want to ensure U.S. leadership in industrial physics in the coming decades in order to support the vital technology base essential to a strong economy.

To do this, we will nurture APS programs focused on three factors critical to that success: preparation of a talented industrial physics workforce; a culture of innovation in physics-based industries; and a sustained investment by industry in the support of industrial physics.

If you would like to join us in this effort, either through your own or your company’s financial contribution and/or by directing us to other potential donors, please contact Irene I. Lukoff, Director of Development at 301-209-3224 or lukoff@aps.org. Your support will go a long way toward ensuring that APS can continue to help industrial physics flourish. Thank you! 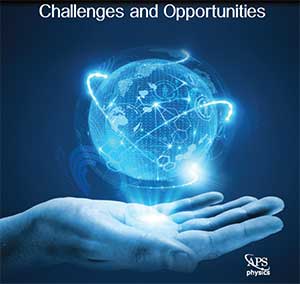