A new report provides information about the skills and knowledge that employers of physicists are seeking, and describes ways in which physics departments can help students acquire those skills and that knowledge. Learn more at the JTUPP website.

Woman Physicist of the Month — January 2017

Laura Sinclair is a physicist in the Applied Physics Division at the National Institute of Standards and Technology (NIST). She is recognized for pioneering new robust optical tools based on fiber frequency combs that operate outside well-controlled laboratory environments. Sinclair’s internationally acclaimed comb research has been applied to time transfer across large distances and precision measurements of airborne contaminants in turbulent environments, dramatically increasing observation periods from hours to weeks. Recently, she was the technical lead of a team that was able to synchronize clocks over kilometers of turbulent air to within femtoseconds. When not wrangling optics equipment, Sinclair organizes a monthly "Awesome Women in Science" coffee hour to connect technical women across the NIST Boulder campus. Since 2008, she has served with the Rocky Mountain Rescue Group. 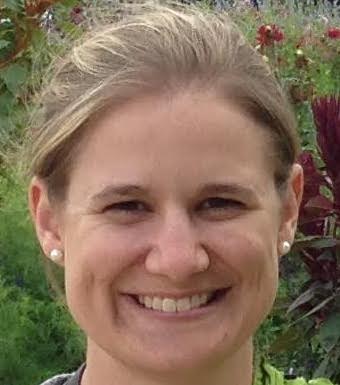 Woman Physicist of the Month — February 2017

Rae Robertson-Anderson is Associate Professor and Chair of the Physics and Biophysics Department at the University of San Diego (USD), where she has been a faculty member since 2009. In 2012, she was awarded a Department of Defense Air Force Office of Scientific Research Young Investigator Program Award for her work with entangled DNA molecules. A few months later, she earned a National Science Foundation Career Award, and has developed a novel fluorescence force-measuring optical tweezers diagnostic with which she can track single molecules in complex actin networks. Anderson created an advanced biophysics laboratory course where undergraduate students learn to assemble optical tweezers and then pursue research projects. She has built a thriving undergraduate research program, and was invited to give a talk at the APS March Meeting 2016 about its successes. She has also sparked an increase in female students declaring majors in biophysics, bringing the overall percentage of female physics majors at USD up to 40%.

Nominate the next Woman Physicist of the Month at the Women in Physics website. 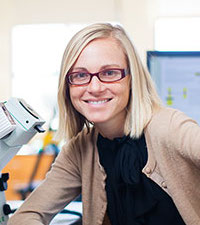