When APS Life Member Aleksandar Svager began thinking about how he wanted to be remembered for his long-standing and generous support of the Society’s diversity programs, he recalled a story about a small town.  “The people in the village were talking about how to honor one of the eminent local residents,” he says. “One person said ‘Well, let’s build him a monument.’ The other person said ‘No, we can’t do that.  We don’t build statues of living people!’”  At this point, Svager chuckles at the punchline: “‘Well’ said the first villager, ‘We can always kill him off.’”

Such stories are characteristic of Svager’s sense of humor, but rather than a statue, he opted to include APS in his estate planning.  He took out an insurance policy in the amount of $1 million that will fund diversity programs at APS when he passes away, and he chose this route for two reasons. “One is that I get a tax break,” but more importantly, he says “This is how I continue my work as a mentor and teacher even after I die.”

His work has been crucial to the lives of many young African-American students who later went on to achieve masters and Ph.D. degrees in science at Central State University in Ohio.  As a child in 1941, Svager escaped from Nazi-occupied Yugoslavia, where he and his family were only hours away from being transported to Auschwitz.  In 1960, while teaching at the University of Sarajevo, he left Yugoslavia again to come to the U.S., where he obtained a master’s degree in physics from Texas Christian University. From 1960 until 1996, Svager taught physics at Central State University, where he met his wife Thyrsa Frazier Svager, one of the first African-American women in the U.S. to obtain a Ph.D. in mathematics (Thyrsa passed away in 1999.)

Over the years, Aleksandar Svager has made many donations to APS programs in education and diversity. His advice to other members is that this is a way to make a lasting impact.  “I was considered a good teacher, but I had to quit teaching,” he says. “So even if I can’t do it, somebody can.” 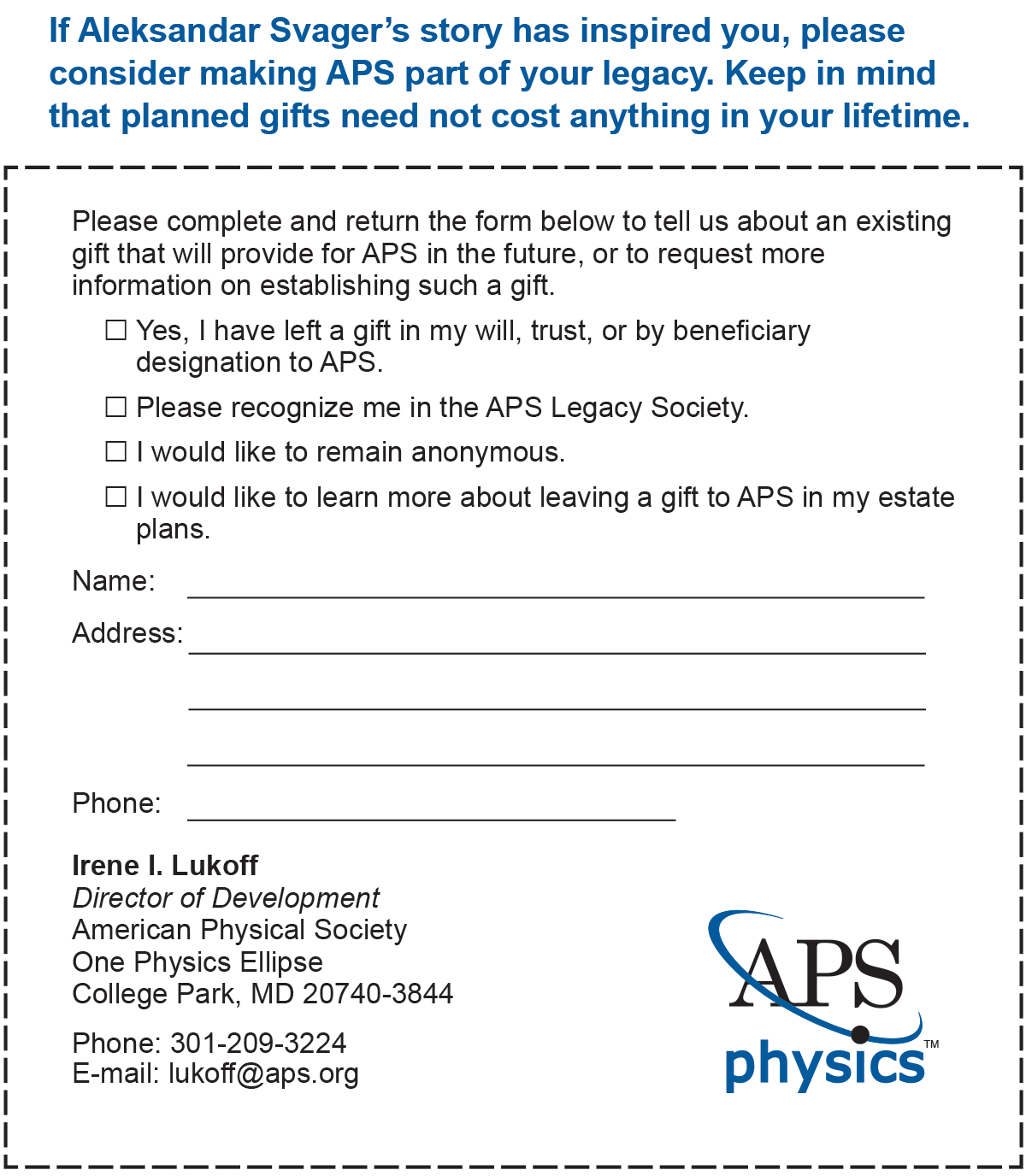 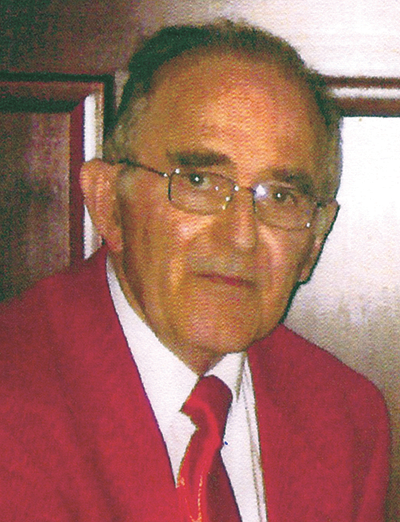