Science and Entertainment Exchange Helps Put the Sci in Sci-Fi

When the writers and producers of the Marvel comic book film, Thor: The Dark World, wanted to incorporate a scientific element into the story, they didn’t have to look far to find expertise. They dialed 1-844-NEED-SCI and got a direct line to the Science & Entertainment Exchange, an outreach program of the National Academy of Sciences. The Exchange connects entertainment industry professionals with leading scientists and engineers to "create synergy between accurate science and engaging storytelling," according to its website.

The Exchange arranged for the film's creatives to speak with Sean Carroll, an astrophysicist at Caltech. He suggested they incorporate an Einstein-Rosen bridge into the story, linking the film's fantasy world and the "real" world. Even better, he also recommended that the character played by Natalie Portman, originally a nurse, be an astrophysicist instead, in order to more accurately explain the wormhole. And thus the cinematic universe of "Thor," which dealt with super powers, magic, and Norse mythology, got an additional sprinkle of science.

In its effort to add scientific and engineering elements to entertainment projects, the Exchange does not overpower the narrative with scientific facts, because doing so would render a blockbuster superhero film into a science lesson. "A Hollywood screenwriter is there to tell a good story, not to create a documentary," says Rick Loverd, Program Director of the Exchange since 2012. "If the writers agree that Superman flies, let's have the conversation about how Superman can complete his mission in a way that is grounded beside that. We hope to insert some accuracy to help to create the conversation organically and bring better science to the story line."

So say you’re a writer and you have an idea for a movie. Maybe a posse of autonomous robots descend into a volcano and want to turn it into a portal for time travel. You might want to consult a roboticist, volcanologist, physicist, or mechanical engineer. "You can think of our organization as the Hollywood hotline to the sciences," says Ann Merchant, Deputy Executive Director in the Office of Communications of The National Academies.

When the phone rings, Loverd goes into superhero mode and starts combing through his extensive database of scientists and engineers who might help writers, producers, directors, and even set designers. Projects range from TV shows to feature films to video games. "We facilitate face to face meetings as much as possible," he says. And experts don’t have to be based in sunny LA. "We source talent all over the country and we fly people in."

"If you can have a conversation at a critical moment in the story, you can impact how your science is portrayed on screen to millions of people," adds Loverd. “There are plenty of scientists who are happy to take that time." 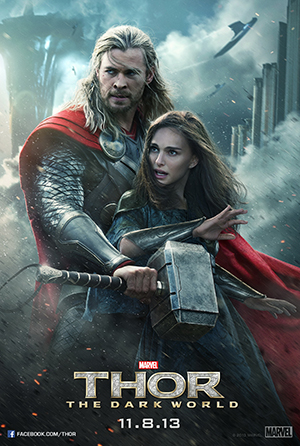 Launched in 2008 by the National Academy of Sciences, the Exchange's first advisory board comprised scientists recruited by Merchant and entertainment professionals recruited by producers Janet and Jerry Zucker. Jennifer Ouellette, a blogger and science writer (and former staff writer for APS News), was hired as the Exchange's inaugural program director and spent over a year there. Ouellette quickly got to work leveraging her own network as a journalist, in combination with the vast network of STEM professionals available to the National Academies, to build a database of scientists and engineers who could serve as information sources.

Public events such as movie screenings and panel discussions are a hallmark of the Exchange, and it regularly hosts and promotes STEM public engagement activities, lectures, and other events that tie in with the latest in science and engineering and new entertainment projects. "We were targeting Hollywood to let them know we are there to help them," says Ouellette. Indeed, by being proactive through outreach endeavors, the Exchange is able "to stimulate new contacts, consults, and conversations to have about science," adds Merchant.

Ouellette notes that physicists can play a special role in helping writers. "When you are setting up the rules of your world, that’s physics," she says. "It’s a functional physics, but it is physics nonetheless, and increasingly screenwriters are looking to get that kind of input from physicists."

"Many times, scientists think their job is to come in and set Hollywood straight and they go into lecture mode," says Ouellette. "But from the beginning at The Exchange, we understood that the story comes first and science is in service of the story."

And yet, not all Exchange projects have entertainment as the end goal. When Thor: The Dark World was being promoted in 2013, Exchange leaders were given the opportunity to leverage the fact that the Natalie Portman character, Jane Foster, was an astrophysicist, to have a strong, female scientist role model. Disney, Marvel's parent company, approached the Exchange about ways to showcase the science in the film. The resulting partnership between the Exchange, Disney, Marvel, and Underwriters Laboratories, Inc. led to the Ultimate Mentor Challenge, which gave girls in grades 9–12 the chance to connect with successful women in STEM. "The response to the initiative was kind of astounding," says Merchant. "It all comes from going to a movie and seeing this character and thinking she is cool. It’s a great way for kids to connect the dots" about how science is accessible to them.

The Exchange continues to look for new ways to strengthen the portrayal of scientific fact for fun. "We are bridging the gap between these two communities that don’t necessarily hang out together," says Loverd. "From the point of the storytellers, the more understanding you have between the entertainment professionals and scientists, the more it helps to create better representation of science on the screen." As for the physics community, "Most physicists care about whether their science is represented well in film and television," says Merchant, "and the Exchange helps make this happen."