Leonardo da Vinci noted the unusual patterns formed by particles in response to vibrations. So did Galileo, who noticed that bits of bristle on the sounding board of an instrument would move in some areas but not in others. But these so-called "Chladni figures" bear the name of the man who conducted the first in-depth investigations of the phenomenon: a German physicist and musician named Ernst Florens Friedrich Chladni.

Chladni was born in Wittenberg in 1756, to a long line of academics. His father was a law professor and dean of law at the University of Wittenberg. Both his mother and his sister died when he was still quite young. Chladni was mostly educated at home by his father, a strict disciplinarian. The boy was often confined to his room to study by day, and discouraged from fostering friendships, but he loved studying the stars and maps, yearned to travel, and began reading about science at age seven. As a teenager he was sent to boarding school near Leipzig, rooming with one of his teachers rather than with the other students. His father nixed his desire to study medicine and insisted he earn a law degree instead.

Chladni went on to earn degrees in law and philosophy from the University of Leipzig, but his father died just as he completed his studies, leaving Chladni to provide for his stepmother. But it also freed him to finally pursue his scientific interests. He eked out a nomadic living giving lectures, initially on law, but eventually on geometry, geography, and the field to which he would go on to contribute so much as a researcher: acoustics.

Chladni first began conducting experiments in his flat, moving beyond the usual studies of vibrations in string and wind instruments to focus on transverse vibrations of rods — inspired by earlier work by Leonhard Euler and Daniel Bernoulli — before turning to vibrations of plates, then largely an unknown field. Chladni might not have known it at the time — there is no specific mention in his surviving writings — but a century earlier, on July 8, 1680, Robert Hooke sprinkled sand over a solid metal plate, ran a violin bow along the edge to make the plate vibrate, and noted the unique patterns that formed as the sand grains rearranged themselves along the vibrational nodes.

Chladni would take that work to the next level with his systematic investigation of the sound patterns of circular, square, and rectangular plates. By his own account, Chladni found inspiration in the work of Georg Christoph Lichtenberg, who scattered powders over the surface of electrified resin cakes to produce the patterns known today as Lichtenberg figures. Figuring he could do the same thing with sound, Chladni began scattering sand on his rods and plates. He had a musician’s ear and could discern slight changes in frequency, so he noticed that different frequencies produced different distinct patterns, and he recorded them assiduously. Also, he developed a formula that predicted the sand patterns for vibrating circular plates. He published the results — including 11 plates and 166 figures — in his 1787 treatise Entdeckungen über die Theorie des Klanges. But his most seminal treatise was 1802’s Die Akustik, a systemic description of the vibrations of elastic bodies that earned him the moniker "father of acoustics."

As for the underlying mechanism moving the particles, it appeared to be twofold. The sand particles were bouncing on the rapidly vibrating plates, impinging on the surface at the crests and moving towards the nodes. But Chladni also noticed that his bow shed even finer particles as it moved across the plate, and these finer particles migrated toward the antinodes. This is due to a second transport mechanism, acoustic streaming, first observed by Michael Faraday back in 1831. It is the opposite of how airflow generates vibrations in a musical instrument; in this case, the vertically vibrating plates produce a lateral fluid flow along its surface.

Because the vibrational patterns showed exactly where modes of vibrations fell in the back plates of musical instruments, Chladni’s technique soon became a vital tool for violin makers and other instrument makers. It is still widely used today. Chladni himself invented two musical instruments: the euphony, inspired by Benjamin Franklin’s glass armonica, and the clavicylinder, an improvement of Hooke’s earlier musical cylinder, or "string phone."

And his research continues to inspire other scientists. Last year, a Physical Review Letters paper described how physicists at the University of Grenoble in France performed their own version of Chladni’s pioneering experiment. Rather than scattering sand on metal plates, they suspended polystyrene microbeads in water, injected the suspension into a microfluidic device, and stretched a membrane of polysilicone across a circular opening at the base to create a drum that vibrated. Then they recorded the positions of the microbeads with a camera attached to a microscope. When the plate vibrated, the beads arranged themselves at the antinodes, forming inverse Chladni figures — the result of acoustic streaming in the fluid. The ability to form such patterns in a microfluidic device opens the door to using sound waves to organize objects into specific patterns for various technological applications, such as grouping cells into colonies and then using changing frequencies to shift their size and distribution, thereby affecting their development.

Chladni died in April 1827 while on a lecture tour in Breslau, having never held a formal academic position. He never married, nor did he have children, and the site of his grave has been forgotten. But his patterns continue to inspire scientists and artists alike. While the great German author Johann Wolfgang von Goethe was mildly dismissive of Chladni when he first met him in Weimar in 1803, by the time of the latter’s death he had changed his tune. "Who will criticize our Chladni, the proud of the nation?" Goethe wrote. "The world owes him gratitude, since he made the sound visible." 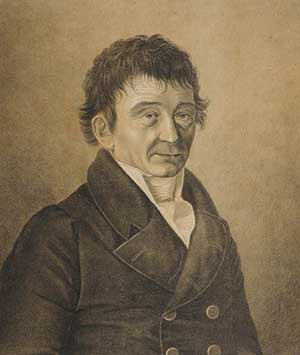 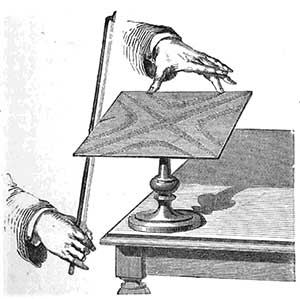