News from the Office of Public Affairs

A week after an APS member wrote an op-ed in the St. Louis Dispatch, asking U.S. Sen. Roy Blunt (R-MO) to support STEM education funding in President Trump’s fiscal year 2018 budget, Blunt responded in a letter to the newspaper.

The comment that stood out in his response: "I have serious concerns with some of the cuts included in the president’s budget."

"This is a significant statement from the vice chair of the Senate Republican Conference, who is responsible for establishing the public message for Senate Republicans," said Francis Slakey, interim director of the APS Office of Public Affairs (APS OPA). "Working with APS members to write op-eds is a cornerstone of our integrated advocacy program. Members of Congress often respond privately, but they rarely have public reactions. Sen. Blunt’s response is more than what we could have hoped for."

In her May 28 op-ed, Karen King, assistant teaching professor in the Department of Physics and Astronomy at the University of Missouri, urged Blunt to work with his colleagues to fully fund Titles II and IV of the Every Student Succeeds Act. Such funds could be used to train and prepare high-quality STEM teachers and pay for STEM-related after-school programs.

"I’m elated that Sen. Blunt responded in such a positive manner," said King. "STEM education is crucial to preparing students for the best-paid and fastest-growing jobs during the next decades. And to accomplish that goal, we need highly trained teachers who have degrees in physics."

After the op-ed was published, APS OPA initiated another aspect of its integrated advocacy approach: sending emails to APS members who belong to the Forum on Education. The emails requested that they contact their own senators and underscore the op-ed’s key message.

"Forum on Education members were able to add their voices to the issue and bring attention to it beyond Missouri. This campaign is just one example of how we’re working to give APS members the opportunity to speak out about different issues that matter to them," said Greg Mack, APS government relations specialist. "It was great to work with Forum on Education leadership to develop the campaign as well."

In other recent APS OPA advocacy campaigns, APS members underscored, in op-eds across the country, the importance of scientific research and infrastructure, most recently in the Auburn Daily Journal in California and the Ithaca Journal in New York.

Additionally, APS OPA has worked with individual APS units to develop targeted emails or social media posts asking members of Congress to reject proposed cuts to science in the fiscal year 2018 budget. In addition to the Forum on Education, the units include the Forum on Graduate Student Affairs, Forum on Early Career Scientists, Division of Nuclear Physics, Topical Group on Hadronic Physics, and others.

As a result of APS OPA’s concerted activities, more than 1200 APS members have contacted more than 335 members of Congress (including more than 100 in-person meetings) and urged them to reject proposed funding cuts to science.

To learn about key issues that APS OPA advocates for and to take action on them, visit the Advocacy Dashboard at www.aps.org/policy/issues/ 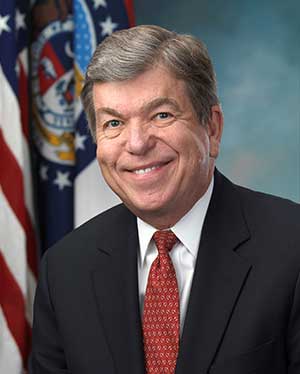