Optimism Abounds at Conference on Women in Physics

The meeting focused on the people, programs, and ideas that have helped to break down the barriers to being a female physicist.

A discussion about women in physics often includes depressing facts and figures. And certainly, the numbers can sound bleak: In the UK, for example, just 20% of the students taking high-school-level physics are girls, a fraction that hasn’t changed in over 30 years; Finland didn’t have its first female physics professor until 2000; and worldwide, the fraction of women in physics declines with seniority in every country in which data have been collected. 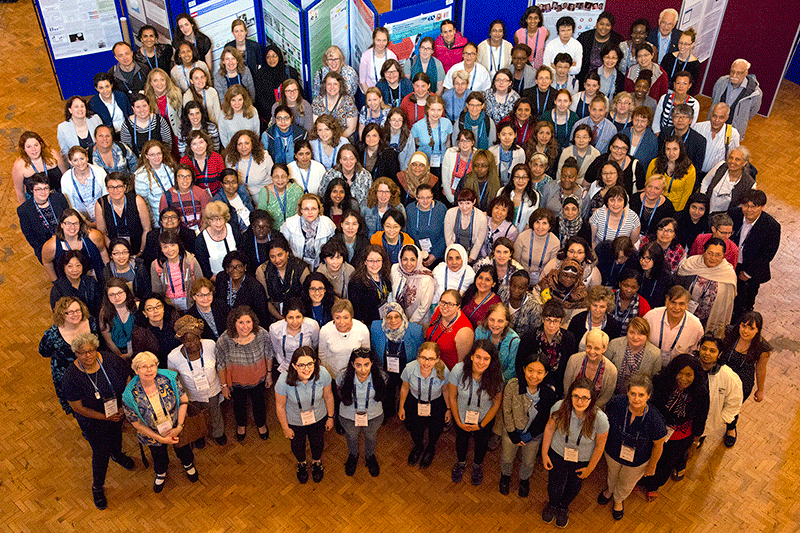 Attendees at the 2017 International Conference on Women in Physics

But pessimism wasn’t on the program at the 2017 International Conference on Women in Physics in Birmingham, UK. The triennial conference, which this year brought together nearly 200 women (and a handful of men) from 48 countries, focused largely on the victories women have won with initiatives that break down gender bias and eliminate barriers to success.

“There is so much positivity at this conference,” said Jess Wade, a postdoctoral researcher from Imperial College London, who helped organize the meeting. Like many at the conference she found the tales of success inspiring.

One such story came from Anisa Qamar, a professor at the University of Peshawar in Pakistan and also the first woman in her country to have been awarded a Ph.D. in plasma physics. The northern region of Pakistan where Qamar lives and works has been subjected to frequent terrorist attacks by the Taliban, which have destroyed several schools for girls and killed students. “Girls are frightened to get an education because of terrorism,” said Qamar. Knowing that two thirds of the women in her country are unable to read or write, Qamar wasn’t about to sit back and watch them be paralyzed by fear. So she set out to organize a conference for women to discuss the cultural challenges and issues they face in a male-dominated field and in a dangerous society.

Qamar encountered opposition from both the head of her department, who withheld funding, and from parents, who didn’t want their girls to attend the meeting. But she prevailed in getting money and support from Pakistan’s Higher Education Commission, and in 2016, the conference brought together 150 female physics students. “It is a journey. I don’t know where the destination is, but I’m alive and I continue my struggle,” said Qamar. She plans to have the next conference in 2020. In the UK, the obstacles to women are less overt but nonetheless present, as evidenced by how few women elect to study physics in high school. Jessica Rowson from the Institute of Physics (IOP) described one successful program that aims to better balance the number of boys and girls who pursue physics. Rowson pointed to interviews with young girls that have shown they are put off from studying physics because it’s not a “girly” thing to do or because it’s seen as leading to “boy jobs.” The IOP program tries to combat such biases by educating students and teachers and encouraging them to change damaging habits. “The problem isn’t with physics or girls, it’s with schools,” said Rowson. “Boys and girls have very different experiences in the classroom.” 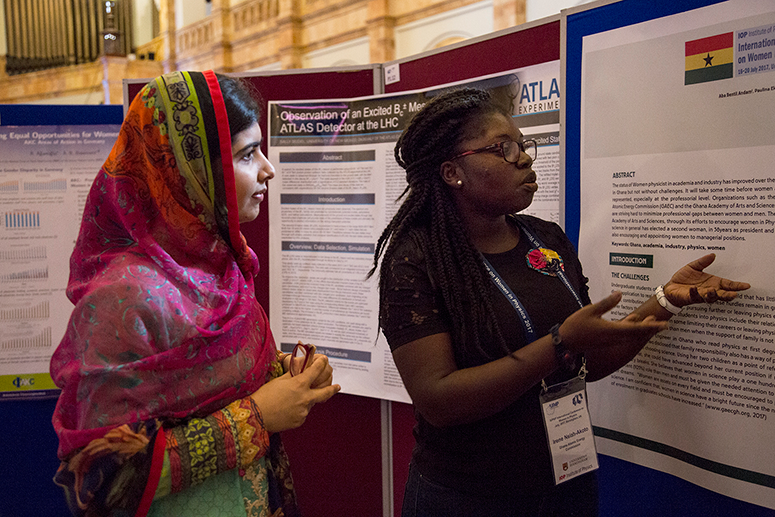 Rowson explained that boys are more likely to raise their hands and call out answers to questions, and they are quicker to volunteer to take part in a demonstration or to monopolize lab equipment. To keep girls more engaged, the IOP program coaches teachers to, for example, select students at random (instead of asking for volunteers) and to assign equipment to individuals. The program also educates students and teachers about the potential impact of biases and stereotyping in the language they use or the role models they champion. “Gender stereotyping is negative for both sexes,” said Rowson.

From 2014 to 2016, IOP piloted the program in six schools across the UK. The headline result was a tripling in the number of girls who opted to take A-level physics, the UK’s course for 16- to 18-year-olds. And teachers reported that the girls in their classes had, in general, become more involved and interested in science lessons.

The conference highlighted many other wins for women around the world. In the Netherlands, for example, a program that gives grants exclusively to women for postdoctoral research found that 35 of 39 awardees remain in academia—a much higher-than-average rate. And in Nigeria, a mentorship program that uses social media to link schoolgirls interested in science with established female physicists has helped to break down the perception that science is done by men. This initiative and other programs have led to a slow but steady increase in the number of women studying physics in Nigeria over the last five years.

“It’s important to realize that many of the struggles that [women] have are the same, regardless of culture,” said Nicola Wilkin, a professor at the University of Birmingham and the conference’s main organizer. “By comparing notes we can learn from each other’s mistakes and successes.”

“Society needs physics and above all it needs physicists,” said Julia Higgins from Imperial College London, who is one of the UK’s most prominent polymer physicists and the next president of the IOP. “We can’t afford to leave half of the population out.” 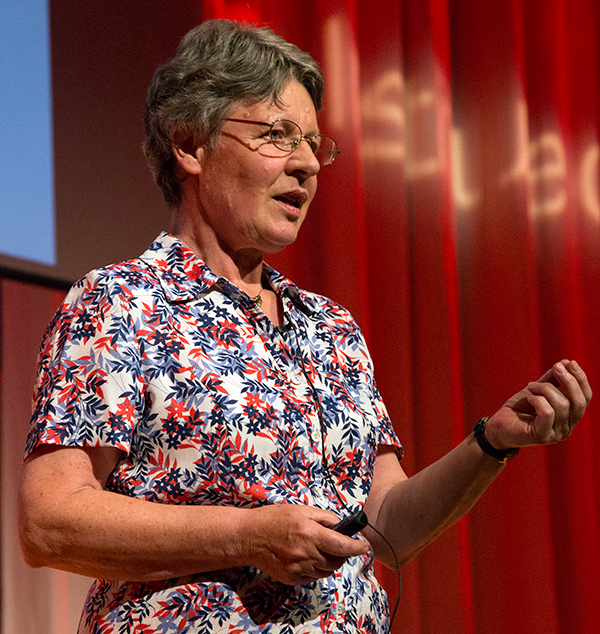