Physics in Africa: An APS Project Poised for Impact 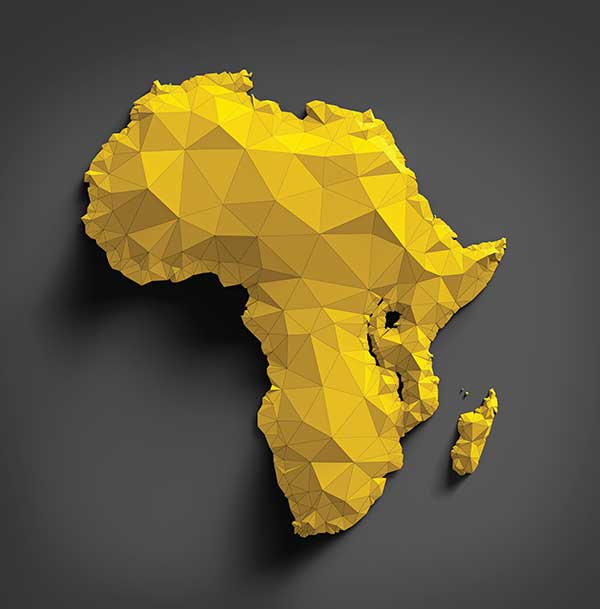 As physicists, we routinely seek unifying ideas from complex situations about which we often have only limited information. In many respects, the APS Committee on International Scientific Affairs is trying to do the same, in co-operation with the U.K. Institute of Physics (IOP), European Physical Society (EPS), International Centre for Theoretical Physics (ICTP), and South African Institute of Physics (SAIP), in what is called the Physics in Africa project. The objective of this project is quite different from understanding the physical world; rather, it is the identification of programs and activities to promote and enhance physics in Africa. Thus, the project, while not physics, is something about physics, something that we enjoy and enjoy sharing.

Africa however is a vast continent of 54 nations whose economies, political and religious institutions, population sizes, and geographical areas vary widely. When we say "African," it is merely a label for the people and nations in this continent as opposed to some other unifying characteristic about them. Consequently, the nations of Africa are not candidates for one-size-fits-all "African" programs. What set of programs do the various nations need? Which ones have the highest priority for a specific nation?

While these are natural questions, finding their answers is challenging. We lack information about the state of physics in all but a handful of African nations. The first phase of the Physics in Africa project sought more information by sending to physics leaders in various African nations a questionnaire asking about the size of undergraduate and graduate degree programs, research opportunities at the faculty and postdoctoral levels, at academic, government and industrial research centers, the existence and activities of physical societies, employment opportunities, etc.

This task seems straightforward but identifying these leaders was far from it. Even if physics activity exists, in many African nations it lacks visibility. Nonetheless leaders in 32 nations were identified and contacted. These nations have about 94% of the African population. Twenty responded. The responding nations represent about 60% of the population. The survey phase of the project has concluded, the responses have been summarized, and the project’s second phase—the definition and prioritization of programs—has begun.

From the survey, we could make several important observations. With several exceptions, physics in each African nation is on a relatively small scale. The nations with universities having advanced degree programs do not span the continent geographically. Of the responding nations, seven had physical societies, some created recently. Again with several exceptions, a common limiting issue to the growth of physics is the lack of employment opportunities in national government-sponsored and industrial-connected research centers. In a number of cases, the national economies are unable to support these centers; in others, industrial and government leaders might not appreciate the value of doing so. Because experimental facilities and instruments are often expensive, physics teaching and research tends to emphasize theoretical physics.

The survey also showed that educational activities have several special roles, such as being an important source, if not the main source, of both student employment and preparation for opportunities elsewhere. Still another role, likely less appreciated and practiced, is educating the general population and students in particular about the importance of science and technology and the special role that physics plays in these areas.

These observations prompted the second phase of the project to target issues associated with the organization and communication of physicists within a nation and between African and non-African nations, physics education spanning all grade levels and boosting activity in "hands-on" experimental physics.

From working with our African colleagues, we also captured information not possible by a survey. This is their commitment and enthusiasm to make physics "happen" in their countries. Accordingly, in the second phase, by working with and listening to them we can fully expect to identify programs and projects that will be well received and poised for success.

The major non-African physical societies, working individually, already have several programs targeting introductory science education and increased research collaborations and exchanges with physicists in specific developing nations. Similar programs will have their place in Africa, but other programs will be needed because of the smaller scale of physics in most nations. This situation, plus opportunities provided by exploiting the Internet and social media, invites the development of novel programs addressing a broader spectrum of needs beyond simply facilitating, for example, scientific exchanges. What is distinctive about the Physics in Africa project is that major non-African physical societies, working collectively among themselves and with leaders in African physics, are seeking to identify these new programs.

The project has a modest website, hosted by SAIP, which offers a fuller description of the Physics in Africa project, the questionnaire, plus a more detailed summary of the completed questionnaires. Suggestions about programs in the second phase target areas are welcomed, and room on the subcommittees exists for those wanting to enter the dialogue with our African colleagues to help physics "happen" in this intriguing continent.

James Gubernatis is a member of the APS Committee on International Scientific Affairs, an APS Fellow, and a physicist at Los Alamos National Laboratory. Brian Masara is Executive Officer of SAIP. Joseph Niemela is an APS Fellow, Chair of the Physics for Development Group of EPS, and is based at the Abdus Salam ICTP in Trieste, Italy. Tajinder Panesor is Head of International and Member Services at IOP.