News from the APS Office of Public Affairs

The APS Forum on Graduate Student Affairs (FGSA), with assistance from the Society’s Office of Public Affairs (APS OPA), coordinated an advocacy campaign that led more than 1,000 graduate students to tell their senators to reject a provision in the House tax bill that would tax students’ tuition waivers.

On November 9, the morning before the Senate Finance Committee released its bill, FGSA members began making contact through phone calls and emails. By the morning of November 10, the students had made more than 1,200 contacts, reaching 21 of the 26 members of the committee. That Friday afternoon, the Senate announced that it would reject the House provision.

"It is the most responsive email campaign we’ve ever had, and it was a big win," said Greg Mack, APS government relations specialist. "It was great working with FGSA Chair Joshua Einstein-Curtis to turn this campaign around in a quick timeframe, launching it a day before the Senate released details of its bill." 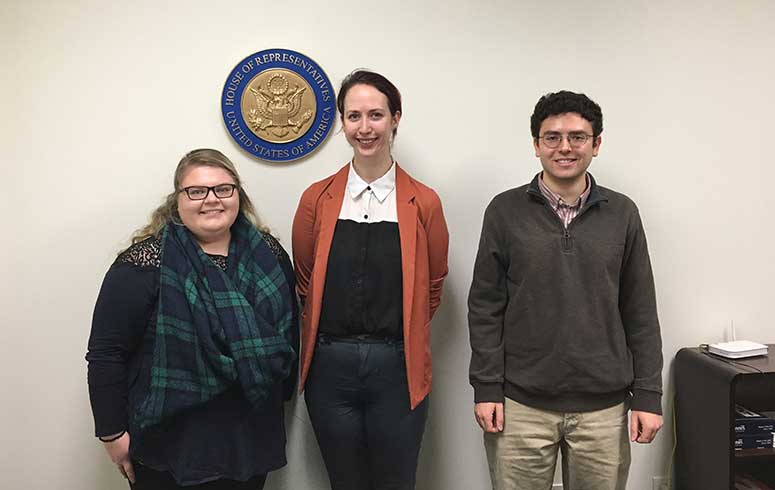 Einstein-Curtis said partnering with APS OPA was crucial in helping students amplify their voices on the matter.

"Working together with the APS [OPA], we were able to create and send a message that both informed FGSA members of the upcoming bill and was a call to action. Without the APS [OPA], and its tools in place for handling government messaging, it would have been a significant challenge to get the message out in the necessary, expedient manner."

The House of Representatives passed its version of the tax bill on November 16, by a vote of 227-205. For graduate students, the silver lining was the Senate’s exclusion of a tax on tuition waivers—and graduate student voices played a role in that. Before a final bill is sent to the President for his signature, the House and Senate must reconcile their respective versions of the bills. APS OPA will continue to work with FGSA to keep the pressure on.

In the meantime, the students are elated that they overcame at least one crucial hurdle.

"Removing the tuition exemption would have caused some graduate students to move from one of the lowest tax brackets to the top tax brackets, with no actual income change for the student. Having such a large tax increase with no increase in actual income would completely destabilize graduate education in the U.S. and effectively bankrupt graduate students," said Einstein-Curtis.

Including the FGSA campaign, APS members have taken more than 10,000 actions to-date toward contacting their congressional representatives. Those actions are op-eds, tweets, emails, letters, and phone calls.

"We are here to support APS members, and we want them to know that when issues break on Capitol Hill, we stand ready with them to take rapid and appropriate action to effectively address their concerns," said Francis Slakey, director of APS OPA.

The author is press secretary in the APS Office of Public Affairs.