Human Rights of Scientists – A Matter of Global Concern

The APS Committee for the International Freedom of Scientists (CIFS), which was established in the mid-1970s, presently comprises nine members and is chaired by Shelly Lesher of the University of Wisconsin, La Crosse. The committee is responsible for monitoring concerns about the human rights of scientists and recommends to the APS leadership action to be taken in particular cases. Recently APS, acting on the recommendation of the Committee, approached the Iranian Government regarding the arrest and trial of Ahmadreza Djalali, a permanent resident of Sweden who specializes in emergency medicine. He has been sentenced to death in Iran for allegedly passing state secrets to Mossad (Israel’s secret service) following a deeply flawed and coercive interrogation and trial. His cause has been taken up by scientific and international non-governmental organizations as well as governments around the world. 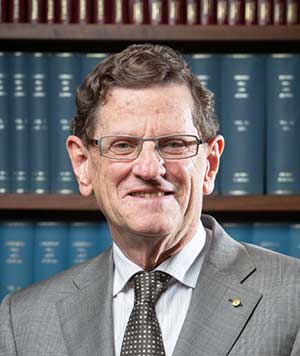 There are in addition science-specific commitments which are embraced in the so-called "right to science" in Article 15 of the International Covenant on Economic, Social and Cultural Rights [4]. The "right to science" embraces the freedom that is indispensable to scientific research and creativity and the right of everyone to enjoy the benefits of scientific progress and its application. The parties to the Covenant also agree to take steps necessary for the conservation, development and diffusion of science.

Scientific developments, theories, and opinions may challenge established order, vested interests and entrenched worldviews. History, including recent history, tells us that there are many ways, some crude and direct, some subtle and indirect, in which scientific freedom can be abrogated or restricted by governments and sectoral interests and by elements of the scientific community itself.

There is a long history of scientists who made discoveries, propounded theories, and expressed opinions and then suffered at the hands of authorities to whom their discoveries, theories, and opinions have proved inconvenient. Legendary names whose stories are partly obscured by historical uncertainties and subsequent myth-making include Bruno, Copernicus, and Galileo. In more recent times there are accounts of scientists working for government agencies or other institutions whose expressions of opinions on politically sensitive areas such as climate change science have been restricted by the invocation of contractual powers or laws or regulations governing their employment.

Other constraints on scientific freedom to share the results of research work may arise out of confidentiality clauses imposed by contracts or otherwise on those working for industrial or commercial enterprises that may or may not be undertaking government research. The purpose of such restrictions may be to protect potential intellectual property or national security interests. The justification for such restrictions is always debatable and their benefit always contestable. This is, of course, an area in which scientists to some extent may have a choice about the terms and conditions on which they will do their work. It would be unrealistic, however, to pretend the choice is always an easy one, particularly in a tight job market.

The existence of constraints on scientific freedom to publish is properly a matter on which the scientific community can organize and develop guiding principles rather than responding to particularly egregious cases.

The rights and freedoms of scientists to pursue their own lines of inquiry have frequently intersected with the general issue of the role of science in society—particularly where so much scientific endeavour depends upon the allocation of public resources. An aspect of that general issue is the tension between basic research, whose outcomes are uncertain, and applied research and development directed to specific publicly determined problems and priorities.

Debate about that tension gave rise, during World War II, to the establishment in the United Kingdom of a Society for Freedom in Science. The Society was created in opposition to a movement in the United Kingdom partly inspired by developments in the Soviet Union, which favored central planning of scientific effort. Three founding propositions upon which the Society rested were:

The debate between the priority to be accorded to basic and applied research respectively, to scientific autonomy in the pursuit of lines of inquiry on the one hand and accountability in the use of scarce public funds on the other continues into the present time. There are, of course, many examples of basic research with little apparent practical application that have had the most profound effects upon technological development and society. It was curiosity that led Faraday to a relationship between magnetism and electricity and Maxwell to a mathematical explanation of electromagnetism. It was curiosity that led Dirac to propose the existence of the positron, a hypothesis not vindicated experimentally for four years. Positron emission tomography, nuclear magnetic resonance spectroscopy, and magnetic resonance imaging may all be seen as the outcomes of foundational scientific curiosity, as may the discovery of the maser, which led to the invention of the laser [6]. There are many such cases. The value of scientific freedom to society is a value which can be founded upon countless examples of those kinds.

Perhaps the most challenging issue in relation to scientific freedom is the threat to the freedom of scientists as spokespersons for freedom generally and as public dissidents in repressive societies. Such a role, exemplified by Andrei Sakharov and the Chinese physicist Fang Lizhi, is a natural product of the scientific culture, of skepticism about unfounded claims and of commitment to freedom of inquiry and expression.

In all of these areas, the scientific community through its organized bodies including CIFS has an ongoing and indispensable part to play. The forces of reaction and constraint on scientific freedom are always with us, in our own societies in subtle ways and unsubtly in floridly repressive societies.

Robert French is a member of the APS Committee for the International Freedom of Scientists. He was Chief Justice of Australia from 2008 to 2017 and is presently Chancellor of the University of Western Australia, from which he graduated in Science (Physics) and Law in 1968 and 1971.