Two APS student members, working with the APS Office of Government Affairs (APS OGA), wrote op-eds highlighting harmful loan provisions in legislation pending in the U.S. House of Representatives. Those op-eds became the tip of the spear in a national petition campaign that drew more than 1,300 signatures from fellow students and other members of the scientific community.

Introduced last year in the House, the PROSPER Act (Promoting Real Opportunity, Success, and Prosperity Through Education Reform) Act would eliminate Grad PLUS loans and include federal loan caps that may make the loans insufficient to cover the cost of attendance at many colleges and universities. The students’ op-eds are highlighted within the petition that will be delivered to U.S. Senators Lamar Alexander, of Tennessee, and Patty Murray, of Washington, by the end of the month. Alexander and Murray serve on the Committee on Health, Education, Labor, and Pensions. The House version of PROSPER is awaiting a full floor vote while the Senate is crafting its version of the bill.

“I’m overjoyed to see so many people uniting against a bill that could be so harmful to students pursuing a better future,” said Justin Powell, a graduate student at Lincoln Memorial University who protested the bill in an op-ed in the Knoxville News Sentinel.

In his piece, Powell included the following:

“The legislation, which caps the amount of federal money graduate students could borrow at $28,500 and drastically alters current repayment plans, would mean that I could not afford to attend graduate school, keep a roof over my family’s heads — including my wife and daughter — and put food on the table. As a student working on a master’s degree in life science research at Lincoln Memorial University, my loans cover costs for tuition, books, housing, food and other miscellaneous items — far more than what the loan cap would pay for on an annual basis. In order for my family to actually prosper, I suggest that our U.S. senator, Lamar Alexander, work with his colleagues to prevent the loan restrictions from becoming law. Alexander serves as chairman of the Committee on Health, Education, Labor, and Pensions and will play the key role in the bill’s fate in the Senate.”

During a recent interview, Powell added, “I could not have afforded a portion of my education if this bill had been enacted when I started school. I believe that we need to expand education, not limit it. Therefore I wanted nothing more than to help get the word out, and APS graciously helped me accomplish my goal.”

Shua Sanchez, a physics Ph.D. student at the University of Washington, who wrote an op-ed in The Spokesman-Review protesting the PROSPER Act, said, “As a Ph.D. student with student debt, I know that decreasing the accessibility and quality of student loans would be detrimental to the ability of many young and promising scientists to succeed in academia today. I wrote my op-ed to help explain that issue and motivate people to get involved in protecting the opportunities of STEM students with lesser financial security.”

Sanchez explained in his op-ed how crucial the loans are that would be eliminated by the PROSPER Act:

“I am a first-generation Ph.D. student studying physics at the University of Washington, where 14,000 other graduate students pursue advanced degrees. As a freshman undergraduate, I took out several thousand dollars in subsidized Stafford loans to help fund my education. Under the current Higher Education Act, my loan has not accrued any interest, and as a graduate student I am not required to make any payments until I finish my degree. These provisions make a graduate education possible, as it allows thousands of students each year to begin an advanced degree program without having to simultaneously pay off large loans from their undergraduate degree.”

He added, “However, if the PROSPER Act were to become law, graduate students would face new stringent income-based repayment plans and loan interest would begin accruing immediately. Yearly and lifetime borrowing caps would also be put in place, which would leave many students unable to find adequate funding to continue their degrees. These changes will drastically decrease access to higher education for millions of students, and especially to advanced-degree programs like my own. To remedy this problem, I urge our U.S. senator, Patty Murray, to work with her colleagues to prevent this legislation from becoming law. As the ranking member of the Health, Education, Labor and Pensions Committee in the Senate, she will play an integral role in the bill’s fate.” 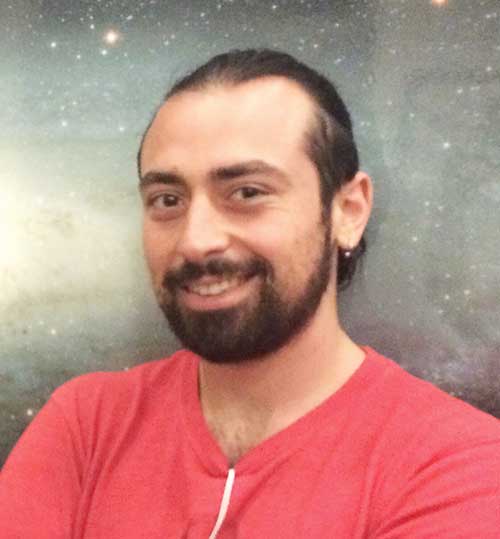 “APS OGA is delighted about the number signatures on the petition,” said Greg Mack, manager of grassroots advocacy.

“The fact that so many people signed the petition speaks to the understanding of the negative impact of this bill and what it would mean for future STEM students and their careers,” added Mack. “We hope that members of Congress listen to their voices, and act accordingly, by working with their colleagues on legislation that does not increase the financial burdens of graduate education.”

If the PROSPER Act were to become law, it would eliminate loans that make graduate school accessible for many students, according to the petition against the bill.

“It would be a step toward restricting graduate school to only those students who are wealthy enough to afford it on their own,” said Francis Slakey, APS chief government affairs officer.

“That’s unacceptable — Congress should never tell students that they are too poor to achieve their dreams,” he said.