Each October, the world awaits the Nobel Prizes, bestowed for “the greatest benefit to mankind.” This year, Arthur Ashkin, Gérard Mourou, and Donna Strickland won for their groundbreaking research in laser physics. The award to Strickland changed history, making her the third woman after Maria Goeppert-Mayer in 1963 and Marie Curie in 1903. The physics community will rejoice and welcome all of the 2018 Nobel winners, and especially that we now have a living Nobel woman physicist. 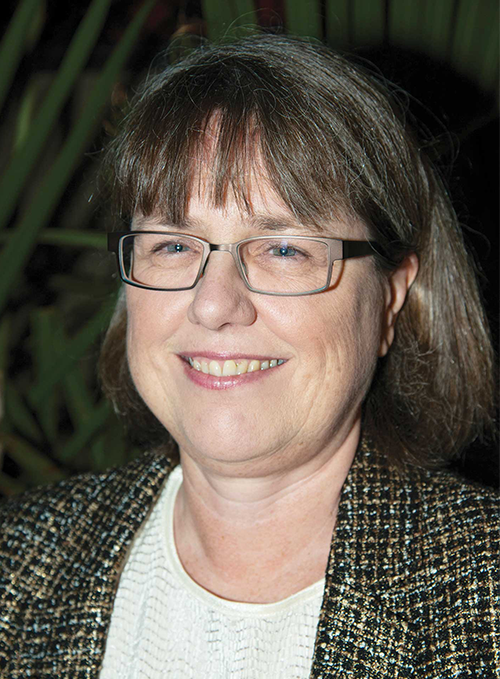 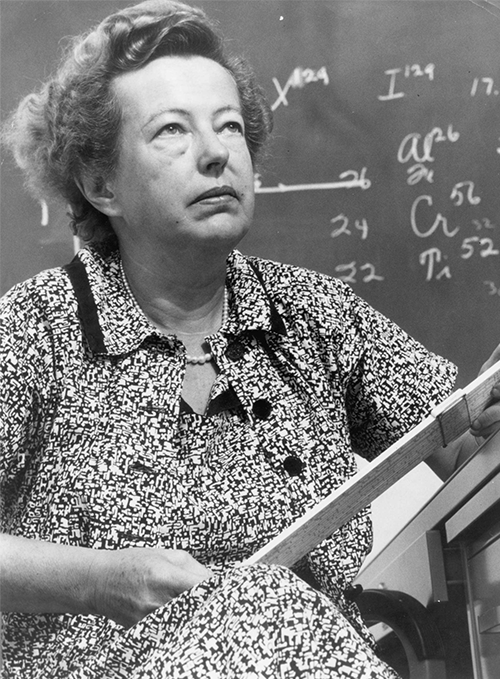 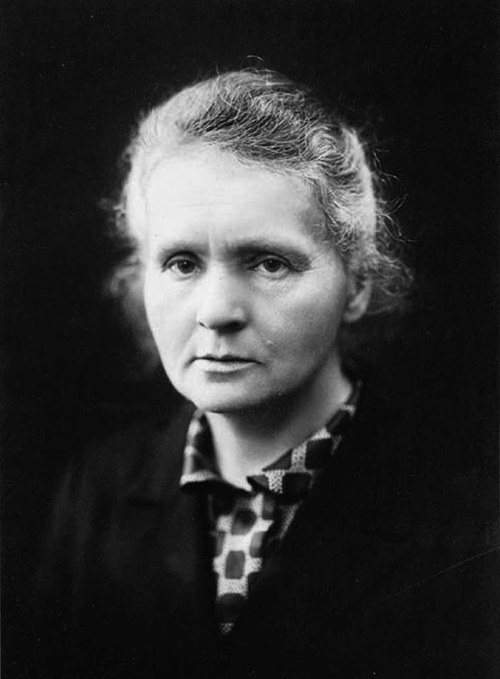 However, we should ask why only 3 of 210 Nobel physics laureates are women. While we celebrate the accomplishments of Strickland, physicists should refrain from too much back-slapping. In fact, the percentage of women Nobel Laureates in physics has decreased from 17% in 1903 to 2.5% in 1963 to merely 1.4% today. This trend and the long gap of 60 and 55 years for the last two women Nobel laureates must change.

Why is it important? First, the physics community will be intellectually much richer; second, it is the right thing to narrow the extraordinary gender gap; and third, it helps to give credit where it is due. And living women Nobel laureates will motivate more women to pursue physics.

It is very telling that today only 52 of all 935 Nobel Laureates are women. Goran Hansson [1], the secretary of the Royal Swedish Academy of Sciences (RSAS) admitted, “we are disappointed, … that there aren’t more women who’ve been awarded [the Nobel].” He went on to say, “There was an even larger bias against women then... There were far fewer women scientists if you go back 20 or 30 years.”

But even today, the RSAS is only 13% women [2], and this is the group that selects the physics, chemistry, and economics laureates. Is there bias against nominating women or a bias at the selection committee level? Are physicists and those in other disciplines not nominating deserving women, and why not? These questions cannot be easily answered with certainty. We know for certain that Alfred Nobel’s legacy has boundaries and nuances. For example, no more than three can share the Prize, nominees and nominators are kept in confidence for 50 years, and the Prize is awarded posthumously only in exceptional circumstances.

Marie Curie holds the singular distinction of receiving Nobel Prizes both in Physics (1903) and Chemistry (1911). She came from humble beginnings and had a tumultuous life: as a sister, she sacrificed and delayed her own education for her sibling’s success; as wife, she stood by her husband and shared the Nobel with him, and as mother, she groomed and mentored her daughter to win the Nobel Prize in Chemistry in 1935.

What many of us may not know or remember is that Madame Curie’s first Nobel Prize was not without hiccups. Reportedly [3], she was not even nominated by the French Academy of Sciences (FAS) in 1902. The Academy nominated only Henri Becquerel and Pierre Curie. If the Swedish mathematician Magnus Goesta Mittag-Leffler, an advocate of women scientists and a nominating committee member, had not intervened, history would have been very different. Mittag-Leffler wrote to Pierre Curie (husband of Marie Curie) advising him of the situation. In turn, Pierre wrote [3], “a Nobel Prize for research in radioactivity that failed to acknowledge Marie's pivotal role would be a travesty.” Fortunately for the physics community, Marie Curie became the first woman to receive the Nobel Prize.

Was it because of some bias that Curie was not in the initial nomination? The answer may lie in what happened in later years. In 1911, FAS rejected Curie’s bid to become a member by a margin of two votes. The reasons may be that she was Polish, a woman, and anti-Semitic newspapers had reported that she was Jewish [4]. In fact, Curie was never inducted into FAS (the first woman in 1962 was a French physicist and a student of none other than Marie Curie). Were these just aberrations or bias among FAS members (all men) against women? The present FAS is only ~8% women [2].

Following the death of Marie Curie’s husband in 1906, one of his students, Paul Langevin (who was unhappy with his marriage) wanted to marry Marie Curie. As a result, some newspapers accused Curie of breaking up a good French home. A mob in front of Curie’s house frightened her and she took refuge with friends. Yet against such odds, Curie received a second Nobel Prize in chemistry in 1911. Only a woman of her courage, conviction, and commitment could focus on science amid the turmoil. Was the bias a norm in the society those days or an “unconscious” effect?

Does the nomination and the Nobel Prize in 1963 to Maria Goeppert-Mayer have a similar tale? Not quite, but there are some parallels. In the 1940s, she was a research volunteer at the University of Chicago where her husband Joseph Mayer was on faculty. Reportedly [5], she was not hired at the University because of its anti-nepotism policy. Goeppert-Mayer was also not offered a teaching position at Johns Hopkins or Columbia. She focused on her brilliant discovery of the shell structure of the atomic nucleus while working part time at Argonne National Lab. When her groundbreaking research became known, she was hired as a full professor at the newly founded University of California at San Diego in 1960. Her shell structure discovery, done in her “spare” time, led to the Nobel Prize which she shared with Hans Jensen and Eugene Wigner for separate but related work.

A quick comparison between Curie and Goeppert-Mayer suggests some similarities. Both were part of a team of three with only 25% of the Nobel Prize proceeds going to the women. One wonders why? They were also offered less than deserving academic rank in comparison to their husbands; it has not changed much for many women physicists even today. Curie appears to be a victim of explicit gender bias whereas Goeppert-Mayer may have faced an unconscious bias by the universities in not making an exception to hire her. Today, many universities go out of their way to solve the “two-body” problem in attracting scientific “power” couples. The available nomination database up to 1966 [6], also reveals that Goeppert-Mayer was a nominee for the Nobel Prize 27 times between 1955-1963, before she was finally chosen for the honor.

History should not be erased, nor should it be forgotten. Consider three deceased women physicists, all examples of missed opportunities for Nobel recognition. Their excellent research represents three subfields of physics with direct impact on the award of Nobel Prizes to many men. It is not known if they were nominated or if the arguments by their nominators were not persuasive enough to bestow the honor on them.

Mildred Dresselhaus (died 2017) was rightfully dubbed the “Queen of Carbon.” She predicted that a sheet of graphite, a form of pure carbon, could be rolled into tiny, cylindrical carbon structures called nanotubes. Her research work, at least partially, inspired two other Nobel prizes - 1996 Chemistry (for fullerenes) and 2010 Physics (for graphene).

Astronomer Vera Rubin (died 2016) did pioneering work on galactic rotation that supported the theory of dark matter. Rubin never won a Nobel prize for this work, although many physicists believe she should have. In 2011 Nobel Prizes honored three men (S. Perlmutter, B.P. Schmidt, and A.G. Reiss) for the discovery of the accelerating expansion of the universe attributed to dark energy, perhaps as ground-breaking as Rubin’s work about dark matter.

Physicist Chien-Shiung Wu  (died 1997) did experimental work that led to the Nobel Prize for Lee and Yang, but she was left out. The Wikipedia entry about Lee is very telling, “After the definitive experimental confirmation by C.S. Wu and her collaborators of parity non-conservation, T.-D. Lee and C.-N. Yang were awarded the 1957 Nobel Prize for Physics.” UCLA physicist Nina Byers has called Wu’s absence from the 1957 Nobel “outrageous” and the science historian at Brandeis, Pnina Abir-Am, did not mince words suggesting that Wu’s ethnicity also played a role.

2018 and Beyond: Period of Hope and Challenge for Action

The award to Donna Strickland revives our hope yet again after 55 long years. However, we must not leave things to chance for the next woman Nobel physicist. We must move from hallway conversations to actively nominating our women colleagues. Contrary to belief, the Nobel Prize process is not entirely mysterious; a set of short videos [7] from an interview with a member of the Nobel Committee for Chemistry is a good source of how the selection process works. While not every physicist can directly nominate candidates for a Nobel, the Nobel Laureates in physics are among the long list of those who can.

The selection process begins with the Nobel Committee for Physics (now chaired by a woman with five male members) followed by a discussion among the larger group of the “Class for Physics.” The members of these groups are not obvious but available with due diligence on the RSAS website [8]. The majority vote by the RSAS (with over 600 Swedish and foreign members) ultimately determines the Prize recipients each October. The RSAS members can also be contacts for nominations. Additionally, efforts by the science community to get more advocates for women on various committees will be needed. Remember that Mittag-Leffler’s advocacy in 1903 changed the course of history with Curie as the first woman Nobel laureate.

The most urgent and effective course of action is to get women physicists nominated. This year, RSAS’s Hansson said that the academy was taking measures to ensure more women are nominated [9] and "We don't want to miss anyone." Let us help RSAS in their stated goal and strive for 20 women physics Laureates by 2050. Our larger goal must be attracting and retaining more women in physics. We will be well served in the 21st century if the “Nobility” of Nobel Prizes has a narrower gender gap.

The author is an emeritus professor and a life member of APS, having served in various academic leadership positions at several institutions.