Steven Weinberg is well-placed to tell the story of the standard model of particle physics. In 1979, he was awarded the Nobel Prize in physics, along with Abdus Salam and Sheldon Glashow, for the unification of the weak and electromagnetic forces. Their “electroweak theory,” which became the first pillar of the standard model, assumed a symmetry between photons and vector bosons, the force carriers of the weak interaction. That symmetry, Weinberg proposed, is “spontaneously” broken as a result of interactions with other fields, making it unobservable. His theory explained several puzzles in the field, including why the weak interaction differs for left- and right-handed particles (parity violation).

In a recent essay published in Physical Review Letters, Weinberg recounted the excitement surrounding the standard model during its development in the 1960s and 1970s. Now, in an interview with Physics, Weinberg explains initial reactions to the model and why it was called “standard.” He also offers advice to the current generation of particle physicists as they attempt to build a model that goes beyond the one that he helped build. 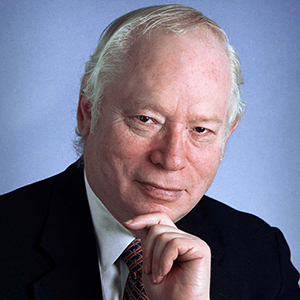 Your 1967 paper, “A model of leptons,” was a significant step in the standard model’s development. At the time, did you have a sense that your theory would be so transformative?

I thought it might be. I really felt that I was proposing the kind of theory that might be right and that might solve the outstanding problems of the weak interactions. There were other ideas around at the time, but I was convinced that the way forward was with a gauge symmetry that was spontaneously broken.

What was the reaction to your idea?

Just before the paper published, I spoke about the theory at the Solvay Conference in Brussels. My talk aroused some interest, but I wasn’t carried around the room on people’s shoulders. At the time, even I knew the theory wasn’t complete. One missing element was the proof that the theory really was renormalizable, that is, that the infinities in the calculations could be eliminated. (That proof came in 1971 from Gerard ‘t Hooft and others.) The other missing item was experimental verification, which started to happen in 1973 with the discovery of neutral currents in weak interactions. Also in 1973 came a theory of the strong force, called quantum chromodynamics. Those two pieces: the electroweak theory and the strong theory formed the standard model.

When did people start calling the whole thing the standard model?

I don’t know exactly, but I remember using the name in 1973 during a talk in Aix-en-Provence in France. I wanted to point out to my audience that we physicists had a pretty good picture of elementary particles by then, and we could use this “standard model” as a device for interpreting experiments.

Did having “standard” in the name imply certainty for you?

I was confident that the theory was right, but my confidence was partly shaken by data from a number of experiments in 1976 and 1977 that were hard to make sense of within the standard model. In the spring of 1977, I ended up canceling a trip I had planned with my wife and daughter to go to Yosemite. Instead, I spent that time working with my friend Ben Lee trying to find an alternative theory that could account for the experiments. I’m proud to say we failed, as it later turned out that the experiments were wrong.

In the end, the issue was settled by a 1978 experiment at SLAC that confirmed the prediction of parity violation in the interaction of electrons with nuclei. After that, I think everyone was convinced that the standard model was correct.

In your PRL essay you describe some of the twists and turns in the standard model’s development? Do you see a benefit in revisiting that complicated history?

I think that by studying the history of physics we can learn about the judgments—and misjudgments—that all physicists make. History can also be a source of motivation: By knowing the story behind our theories, we, as physicists, can feel part of a great historical progression. That sense of motion keeps us at our desks and in our laboratories.

Where is that progression taking particle physics?

I think the goal is a “final theory” that explains all forces and particles. But its form is very cloudy. At this point, such a fundamental theory seems farther away than ever, as there are hints that the required energies for seeing it are beyond our reach. It’s just a pity that the accelerator experiments haven’t yet revealed anything beyond the standard model, with the one exception of the neutrino masses.

Do you think the problems faced by particle physicists today are different from those that you faced as a young scientist?

I do. It was a different situation 50 years ago. Back then, we had experimental data coming out of our ears, and a lot of it didn’t seem to fit any pattern. The problems seemed formidable, but there were so many ways to go with new theories. It really was a thrilling time to be a physicist.

Nowadays, it’s very hard to think of a challenge that we can get our teeth into. The current puzzles don’t offer theorists many opportunities to propose solutions that can be tested experimentally.

Do you have any advice to offer the next generation?

Winston Churchill had a motto at the beginning of World War II: “Keep buggering on.” In that spirit, I think it’s better to do something than to do nothing. My advice is to try crazy ideas and innovative experiments. Something will come up.

Michael Schirber is a Corresponding Editor for Physics based in Lyon, France.