On April 16, three distinguished researchers spoke at a plenary session marking the 90th anniversary of the founding of the APS journal Reviews of Modern Physics (RMP). The session was chaired by RMP Lead Editor Randall Kamien (University of Pennsylvania) and covered advances in laser-based particle accelerators, the search for dark matter, and the astrophysics of black holes. 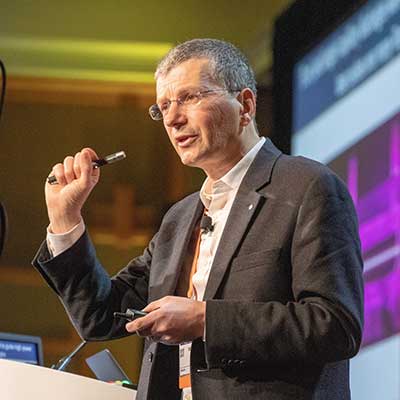 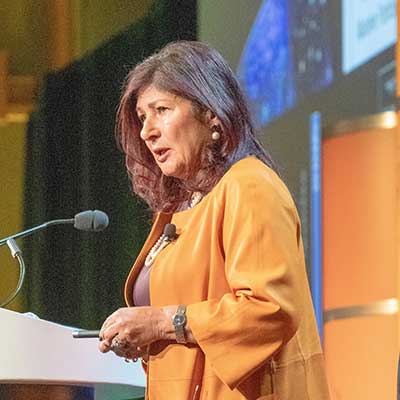 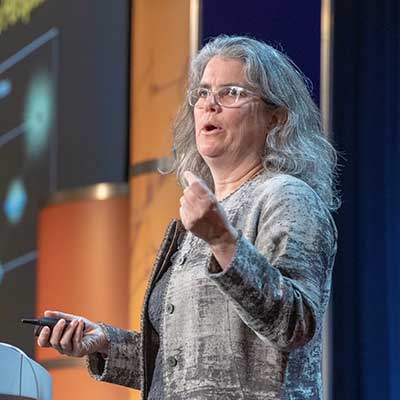 Wim Leemans (DESY) discussed progress in building a new generation of particle accelerators in which electrons surf on plasma waves created by intense lasers. The technology has the potential for accelerating particles along tens of centimeters to energies that would require conventional accelerators that are hundreds of meters long.

Elena Aprile (Columbia University) reviewed the status of experimental searches for dark matter in underground laboratories. Although there have been no confirmed signs of dark matter to date, the highest sensitivities to date have been achieved with direct detection schemes based on interactions in large volumes of liquid xenon.

Andrea Ghez (UCLA) talked about the center of the Milky Way, which is known to contain a supermassive black hole thanks to more than a decade of observations with high resolution ground-based telescopes.

Videos of all three presentations are available on the APS YouTube channel.