The official discovery of cosmic rays is attributed to Austrian physicist Victor Hess, who won the 1936 Nobel Prize in Physics for his work. But as is often the case in science, Hess had plenty of contemporaries who made significant contributions to the discovery, including a German Jesuit priest and physicist named Theodor Wulf.

Born in July 1868, Wulf was ordained as a Jesuit priest by the age of 20 and then began studying physics at the University of Göttingen. He taught the subject at a Jesuit university for several years in addition to his experimental work. He soon became intrigued by the ongoing scientific debate about the origin of ionizing radiation measured in Earth’s atmosphere, specifically over whether it was terrestrial in origin, or came from space.

Many scientists had been using gold leaf electrometers to measure radiation intensity in a variety of experiments. But the instruments, no matter how well insulated, invariably lost charge because of the constant bombardment of external radiation. Wulf thought the existing devices simply weren’t accurate enough to measure radiation intensity outside the lab given how easy it was to damage the gold leaves simply by moving the device. So he designed his own electrometer, which used a pair of conducting quartz threads coated with platinum in place of the gold leaves. Wulf also housed the wires within a vertical cylinder to rule out charge losses due to, say, ionized gas around the instrument.

One way to determine whether the radioactivity was coming from Earth would be to measure whether it decreased with height. So Wulf used his improved electrometer to make measurements of radioactivity in several locations—at the foot of the Matterhorn, for instance, as well as in chalk mines near Valkenburg and inside Belgian caves. There was a fair amount of variability in those measurements, but the radioactivity did seem to be terrestrial in origin. Still, one of Wulf’s experiments, involving an electrometer submerged in water, showed a slight decrease in ionization. From this, Wulf suspected that some kind of radiation from above must also be contributing.

Further evidence was provided by two independent measurements made at high altitudes from a hot air balloon in 1909. One might expect a decrease in radiation intensity at such heights if it was truly only terrestrial in origin. But Albert Gockel observed a smaller decrease than expected, and like Wulf, saw this as a clue that space-sourced radiation might be involved. However, another scientist, Karl Bergwitz, measured the expected large decrease. To resolve the issue, Wulf decided to take his electrometer to the Eiffel Tower and make measurements from there. This would remove the confounding effects of the balloon’s motion on the radiation measurements.

Wulf obtained permission to conduct radiation measurements from the Eiffel Tower and spent four days over Easter weekend in 1910 doing so. He compared those results against radiation measurements at the foot of the tower and at his home in Valkenburg. He published his findings on September 15, 1910, in the journal Physikalische Zeitschrift. While the radiation intensity was slightly lower at the top of the Eiffel Tower, this could be attributed to the fact that the intensity had been shown to drop by 50 percent traveling through 80 meters of air. The Eiffel Tower is 200 meters, so if the radiation were terrestrial in origin, the intensity should have been much lower at the top. As Wulf himself concluded, “the attempts made so far therefore require either excluding the earth’s crust, another source of gamma rays in the higher layers of air, or a much weaker absorption in the air than [was] previously thought.” 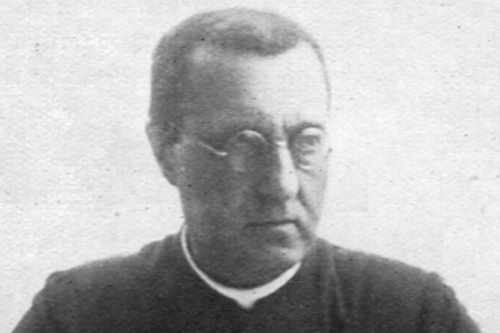 We now recognize this as the first concrete evidence for the existence of cosmic rays. But at the time, Wulf’s scientific colleagues largely dismissed his efforts. In fairness, there were some issues with Wulf’s choice of the Eiffel Tower for his experiments. He himself acknowledged that the metallic structure could actually be attracting radioactive particles, which might be an additional source of radiation, confounding his results. Nor could he entirely rule out unknown phenomena resulting in ground radiation not being absorbed by air quite as much as prior experiments with radium had indicated.

Shortly after Wulf published his findings, Victor Hess made a series of high-altitude radiation measurements from a hot air balloon during both day and night, over the course of three years. Other scientists mounted their instruments on balloons to record ionization at higher levels, but their results were inconclusive due to instrumentation defects. Hess designed improved instruments that could withstand the temperature and pressure changes at higher altitudes. He determined that the intensity increased significantly with height, and his radiation measurements during a solar eclipse effectively ruled out the sun as the source of these cosmic rays. Hess shared the 1936 physics Nobel Prize with Carl Anderson for the latter’s discovery of the positron. Wulf was shut out of the honor entirely.

But at least he’s not alone in losing out on a Nobel for cosmic rays. Another scientist, Domenico Pacini, made a similar discovery right around the same time as Hess. Pacini didn’t use a balloon to measure changing radiation levels in the atmosphere. Instead, he went underwater, placing his instrument in a copper box and sinking it in the Bay of Livorno. He found that the radiation was significantly less intense at the bottom of the bay than at the surface, so the Earth’s crust could not be the source of cosmic rays. Unfortunately, Pacini died in 1934, and the Nobel Prize cannot be awarded posthumously.

Wulf, Theodor. (1910) “Observations of the radiation of high-penetration capacity on the Eiffel Tower,” Physikalische Zeitschrift 11: 811-813.