The Topical Group on Data Science

The APS Topical Group on Data Science (GDS) is the Society's newest membership unit, minted just six months ago in April 2019. The group is focused on promoting research at the growing interface between physics and data science. This spans big data, machine learning, and artificial intelligence, with relevance to everything from astronomy to high energy physics to materials science.

GDS was founded by current chair Mohammad Soltanieh-ha, a Clinical Assistant Professor at Boston University, with help from chair-elect Jie Ren, a senior scientist at Merck. The idea for GDS was born from perceived shortcomings in the typical data science training that physicists receive.

“We need to educate people about the new data science techniques and tools that are becoming standard in many branches of science,” Soltanieh-ha remarked, recalling his own PhD experience in which he educated himself about data science before a stint in the industry. “In physics, data science education is lacking in graduate school curricula and even at the post-doc and faculty level because the techniques are so new.”

Echoed Ren, “I work in industry and I see how the trend of data science has impacted everything—from IT to traditional industries like pharma.” And yet, “physics is somewhat lagging behind in applications of data science.” 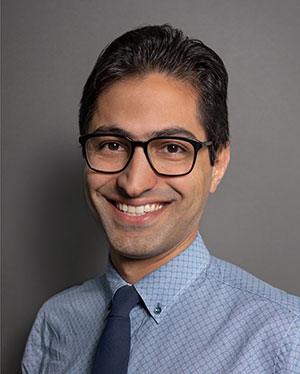 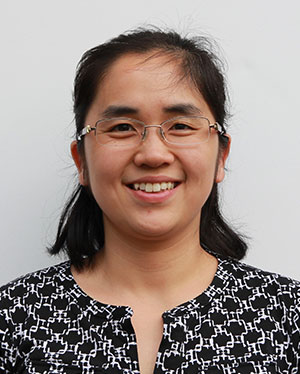 While more training in data science is needed in the physics community, Soltanieh-ha and Ren underscored that data science represents a huge opportunity for physicists.

“Data science has roots related to physics in terms of methodology and optimizing large datasets,” Ren remarked. “Fundamentally, there’s a deep connection, although there is an energy barrier to cross in order to establish formalized data science knowledge in the physics community.”

Beyond the relevance of data science to physics research, Soltanieh-ha pointed to the trend of companies in the industry hiring more data scientists.

“Physicists are the perfect match for these positions,” he elaborated, drawing on his own experience hiring for data science positions, “they have a good understanding of statistics, solid programming background, and can think critically.”

Viewed in this light, a forum like GDS is in many ways long overdue. Emphasizing the enthusiasm for a data science-focused platform at APS, Soltanieh-ha recalled that the original petition to form GDS received a whopping 1,200 signatures from members of the APS community—far beyond the 200 required for creating a new topical group. “The demand is there, the need is there, and as APS we should support that,” he noted.

Reflecting the increasing relevance of data science across all domains of physics, GDS is already an extremely interdisciplinary group. The group’s fast-growing membership of 350 people includes affiliates of over 23 other APS units, covering an impressive 60 percent of all 38 APS divisions, forums, and topical groups. As it stands now, the largest proportion of GDS members hail from the Divisions of Computational Physics (DCOMP) and Fluid Dynamics (DFD) and the Forums for Industrial and Applied Physics (FIAP), Education (FEd), and Early Career Scientists (FECS; see APS News January 2019).

Beyond different branches of physics, GDS encompasses an impressive diversity of sectors where physicists work. As Ren put it, “data science uniquely brings people together from all sides: university, industry, government, and non-profit.”

To this end, GDS has forged specific partnerships with both FECS and FIAP to inform early-career scientists about the many career avenues inside and outside of academia available to physicists with data skills.

Noted Ren, “we want to show the external community that physicists can do data science, and this skillset applies to physics research as well as anywhere else in industry.”

Next year's APS March Meeting in Denver will be GDS’ introduction to the broader APS community, and the group has planned a strong lineup of two invited and six contributed sessions. These include a FIAP-partnered session where researchers from Google and IBM will shed light on data science in industry, and a FEd-partnered session on strategies to better integrate data science skills into physics curricula. In addition, GDS is an unofficial partner of the DCOMP-led session on molecular dynamics. GDS’ contributed sessions include: Big Data in Physics, Deep Learning for Computer Vision, Machine Learning for Quantum Matter, Machine Learning and Data in Polymer Physics, Emerging Trends in Molecular Dynamics, and Statistical Physics Meets Machine Learning.

GDS is additionally hosting a pre-conference tutorial on active learning and AI, plus a short course on deep learning for image processing applications. Soltanieh-ha explained that the idea behind these pre-conference activities is to help educate people who are new to the data science field, so they can confidently dive into data science sessions when the wider conference agenda begins.

Of particular note, this year’s prestigious Kavli Foundation Special Symposium will also be data science-themed. This high-profile session is typically a highlight of each March Meeting—in fact, no other invited sessions are scheduled concurrently to encourage attendance.

Overall, this volume of content is far beyond what is typical for a new topical group, highlighting the appetite within the APS community for more data science-related content. Of course, GDS hopes to boost its offerings in future years as the organization (and demand) continue to grow.

As GDS expands, Soltanieh-ha and Ren envision the organization becoming a hub for data science education. This encompasses educating graduate students and early career scientists about job opportunities in the data science sector, refining data science curricula in physics programs, and bringing together physicists who use data science in their research to share best practices. Noted Ren, “as we see data science start to have a greater influence in our community, we want to have a place for us to talk about methodology and how we can get the right skillset as a physics community. That will benefit our research, whatever it is.”

Overall, GDS stands out as a rising star within APS, filling an important niche for the growing number of physicists with an interest in data science. As Ren put it, “this booming field is rocking the entire landscape, and physics isn’t exempt from this.” More information can be found at the GDS website.