The Women of Fluid Mechanics: Personal Stories and Practical Advice

By Courtney Otani and David Hu

Note: This jointly authored article contains the personal perspective of Otani combined with a summary of the DFD meeting by Hu.

Sometimes while you are in the middle of a situation or have only existed in one type of culture for years, it is easy to become numb to and unaware of all of the cultural influences in play. I have been an engineer in academia and industry for the past five and a half years now and have gotten used to the low numbers of women and the inequities they face. I am often the only woman on a project team. I have almost exclusively male figure heads (professors, managers, and mentors). I expected the same going into the 2019 APS Division of Fluid Dynamics (DFD) Meeting but was glad to see that the featured workshops focused on promoting women in fluid mechanics.

Coming into a workshop panel session at the conference, I expected to hear much of what I have already heard or experienced. What I did not expect was that the population of attendees at the Division of Fluid Dynamics Meeting is only 11% women. That statistic truly shocked me. Even though the engineering industry is still predominantly male, I thought that strides were being made to increase the female population and promote females. If everyone else has gotten so accustomed to this current state of affairs, how are we to expect anything to improve or change? The rest of the panel session continued to prompt provoking questions, bring to light shocking stories, and promote concrete actions that can improve this environment.

The panel consisted of four accomplished women in fluid mechanics.

Dennice Gayme, associate professor of mechanical engineering and Carol Croft Linde Faculty Scholar at Johns Hopkins University. She convinced her department chair to create a diversity committee to give faculty credit for service related to diversity.

Nicole Sharp, founder of the FYFD website, which has provided weekly reporting in fluid mechanics for the last nine years. Her social media for the site reaches more followers than the Journal of Fluid Mechanics Twitter feed or the Physical Review Fluids Twitter feed. She was also recently selected as a AAAS If/Then Ambassador.

Monica Martinez Wilhelmus, assistant professor of mechanical engineering at UC Riverside, who when she was hired, was the second woman in her department of 17 men. She has since been part of the search committee and contributed to the recruitment of two more women professors. 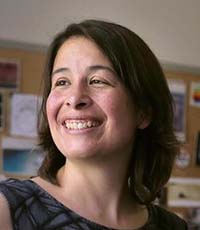 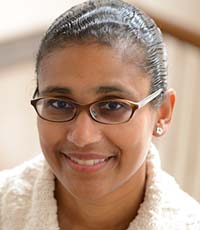 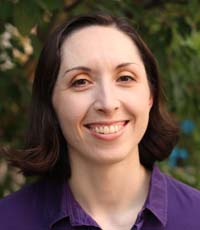 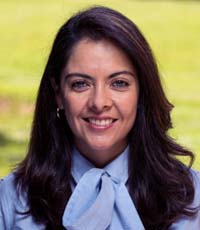 In spite of their intellect, work ethic, and accomplishments, all of these women have faced and witnessed disrespect and scrutiny based on their gender. It was not as much of a surprise to me to hear that the panelists experienced injustices amongst colleagues. What I didn’t expect was the disrespect and scrutiny from people with less authority. Dennice was told by undergraduate students that she needed to prove she knew the material. Nicole has been subjected to YouTube comments not related to the content of her video but on her voice or physical appearance. These kinds of reactions are unnecessary and disrespectful. It was frustrating and upsetting to know that these women have worked hard and have the knowledge and capability to teach complex scientific concepts only to be immediately questioned because they are women.

While these problems were recognized by the panelists themselves, they are difficult to address since these women were sometimes the only ones that could see the problem. This is why I am glad that I attended this workshop. The sharing of stories and awareness is a great start to addressing the problems that women engineers face. This workshop created a support group and coalition of male allies who are now aware of these injustices and will be able to make strides in calling out and fixing the situation. I believe that creating a support group outside of the women who are facing these challenges is integral to fixing the problem. Support amongst this minority is fundamental and necessary. However, bringing in those who are part of the oppressive majority may help to tip the balance and eventually create space for women to succeed.

Sometimes well intended measures to balance inequity (such as imposing quotas) are unsustainable. Women and people of color are often overloaded with work outside of their own personal research because they are expected to shoulder the extra burden. Monica shared the frustration of often being called upon to do service tasks. While she loves the work, it does take time and she often feels conflicted over refusing to participate, given the impact it has on promoting diversity. In one instance, for example, she was asked to participate in UC Riverside’s Spanish-speaking student orientation—a task only two professors in the entire college could fulfill given their Hispanic backgrounds. Until the numbers of those in minority groups are raised to match the demand, allies should continue to take some of these responsibilities while advocating for the minority.

Other actions that have been more successful are making the problem tangible and promoting female figures in engineering. Both of these actions set the tone for taking steps toward tackling the problem. Peko told the story of Nancy Hopkins who in 1994 pioneered a study to measure how MIT discriminated against women. She took measurements of office size and other data to prove that women were experiencing inequality based on unconscious bias (MIT Technology Review: Measuring Up). The administration sent this information immediately to The Boston Globe because they knew that if the problem was public, change would have to occur. The story is hopeful in that it shows that women, in collaboration with institutions, can promote change.

MIT mechanical engineering is one of the departments that has a 50/50 ratio of women to men among their undergraduates. Peko believes that having women in prominent roles such as Associate Dean of the School of Engineering, Associate Department Head of Education, and Introductory Class professors helped set the tone for how MIT’s Department of Mechanical Engineering would be run and thus encouraged more women undergraduate students to pursue mechanical engineering. Nicole is in a prominent role for middle and high school girls as one of the If/Then Ambassadors. As an ambassador, she makes herself visible to prove the If/Then motto: “If she can see it, then she can be it.” I also believe that having prominent female figures can help encourage growth of female representation in engineering. Seeing people with similar backgrounds and identities as you in the roles you want to fill is inspiring because you see yourself in them. Their success feels like your success and gives you the hope that you too can achieve what they have.

This panel discussion left me feeling optimistic and determined to fight for a better future for women in engineering. Cultivating an environment to empower women will bring scientific discovery and industry to new heights. 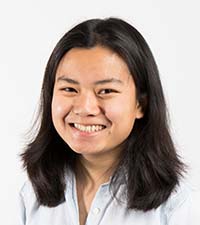 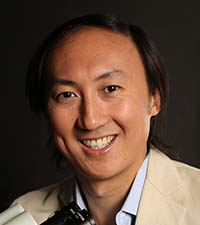