Scientists Must Intensify Their Commitment to Research Integrity

A few months ago, a prominent APS Fellow was led out of his office in handcuffs and charged with fraud for lucrative research contracts with China that he allegedly failed to report to the National Institutes of Health. At a time when the US government is increasingly concerned about foreign influence, particularly from China, the lesson of those handcuffs on a leading US scientist at one of our flagship universities couldn’t be clearer: scientists must recommit to the core principles of research conduct.

Recent Reports and Reaction by Congress and the Executive Branch

This incident is just one recent example of the US government’s response to growing concerns about foreign influence, espionage, and IP theft. A recent US Senate report [1] largely critical of the scientific community states that some countries “seek to exploit America’s openness to advance their own national interests.”

Furthermore, that Senate report, titled “Threats to the US Research Enterprise: China’s Talent Recruitment Plan,” notes: “This report exposes how American taxpayer-funded research has contributed to China’s global rise over the last 20 years.” It states that members of China’s Talent Recruitment Program—scientists engaged in research in the US who transfer their work to China in exchange for high salaries, lab space and other incentives—have downloaded sensitive electronic research files, submitted false information when applying for grant money, and willfully failed to disclose the receipt of money from China on their US grant applications.

That report was just one of many recent examinations of the extent and impact of foreign influence, from China in particular, on the US scientific enterprise. Other reports that have also circulated widely among policymakers in DC offer other views on this issue. 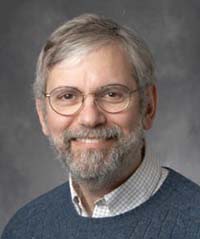 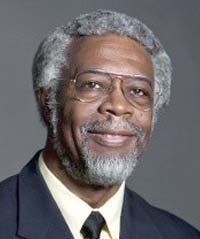 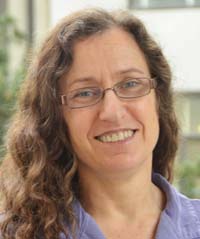 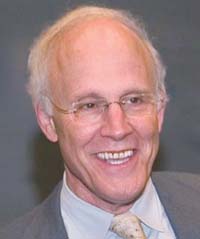 China’s tactics also came under fire in a report [2] last fall by Strider, a Maryland-based intelligence company, that alleges that China has gone from a “laggard in quantum science and technology to a global leader” by taking advantage of the scientific openness of the United States and European nations, as well as their funding mechanisms. The report goes into considerable detail describing a network spanning four continents, operated by a scientist in China. “For over a decade” according to the report this leading scientist at one of China’s premier research universities, “in collaboration with PRC (People’s Republic of China) government stakeholders, has executed an intentional strategy to exploit Western government funding to train Chinese quantum scientists at Western research institutes and relied on both ‘unwritten agreements’ and monetary incentives through PRC government talent programs to then bring those Western-trained quantum scientists back to China.”

Together, these two reports tell a chilling story that calls into question our principles of open science, and also the integrity of the scientists themselves, who are characterized as at best naïve, and at worst, greedy and complicit in unethical contracts and deep conflicts of commitment.

These report conclusions, however, discount the very values that are intrinsic to progress in fundamental science, and even encourage new policies that could override those values, hamper the US role in worldwide scientific research, and thus diminish our nation’s scientific enterprise. This real danger was displayed by a recent APS study, where 32 percent of international physics students who chose not to study in the US, say the country is "unwelcoming to foreigners."

The National Science Foundation (NSF) is rightly concerned about this issue, so the agency commissioned a report [3] on fundamental research security that was carried out last fall by JASON, the highly acclaimed group of distinguished US scientists with a long history of consultation for the government on security and science questions. According to NSF, four main themes emerge from the JASON document:

The Director of the White House Office of Science and Technology Policy and current Acting Director of the National Science Foundation, Kelvin Droegemeier, is quoted in an NSF statement on the report, “The integrity of our research enterprise rests upon core principles and values of transparency, openness, and merit-based competition. Principled international collaboration and foreign scientific talent in the United States are critical to the success of the US research enterprise.” Dr. Droegemeier is accurate in his assessment, which is a sensible conclusion to draw from the various reports that have been issued regarding foreign influence on US science.

If scientists don’t engage in the open, transparent and ethical behavior expected of us, our largely self-policed scientific enterprise will understandably invite new regulations from the federal government. And some of the regulations already proposed—including bans on foreign scientists or restrictions on their participation in subfields of research —could risk the very qualities that have made fundamental research an engine for US scientific innovation and economic growth.

Fundamental research transcends national boundaries, and open, international contact is essential for progress in basic science research. Vital research projects would not have reached fruition without open, international scientific collaboration including LIGO, CERN, or the US network of accelerator-based user facilities, just to name a few.

APS Board Statement and a Commitment to Research Principles

There is clearly a need to balance national security concerns such as economic espionage against the research requirements and considerable national benefits of open science. APS believes this balance is best achieved through adherence by scientists, their employers and the US federal government to core principles, which our APS Board of Directors laid out in a Statement on Open Science and a Recommitment to Research Principles [5]. APS leaders are now discussing the path forward in meetings with leadership in the State Department, Department of Defense, Department of Energy, Department of Commerce, and the White House as well as relevant committees in Congress.

In the APS Board’s view, first and foremost, scientists must commit to research integrity: objectivity, honesty, openness, accountability, fairness, disclosure and stewardship. Research integrity imposes expectations on behavior of individual scientists, and it imposes expectations on how scientists interact with each other and with their employers. There must be reciprocity in the global exchange of research information between scientists. There must be full disclosure to employers and federal funders of potential conflicts of commitment. And there must be responsible handling of research information, particularly prior to publication. All of these expectations must apply globally, whether a scientist is in the United States or Europe, Canada or China.

Is it realistic, for example, to expect scientists in China to adhere to research principles? From our experience, and those of our colleagues, the answer is yes. In our discussions with leading scientists in China, they emphatically endorsed these principles, knowing as we do that disregarding them will jeopardize the open scientific exchanges that propel fundamental research.

Adherence by scientists to these principles should, in turn, support the commitment of Congress and the Administration to the principles that have successfully guided our nation’s research enterprise since 1985. During the height of the Cold War, President Reagan considered whether to impose restrictions on fundamental research in order to limit Soviet intrusion and influence. He concluded that the benefits of an open scientific enterprise far outweighed the risks. In national security decision directive NSDD-189, Reagan stated that “to the maximum extent possible, the products of fundamental research should remain unrestricted.” In addition, most importantly, the directive clarified that the means of control of fundamental research for national security is the mechanism of classification.

Scientists and the government must now recommit to these research principles in order to, as Reagan recognized, sustain a research enterprise that generates the greatest benefit to the US. Those who choose to ignore these ethical guidelines, rare outliers in our opinion, should be shunned by our research community. Setting the example, the American Physical Society is now establishing policies that require adherence to these principles in order to receive or retain an honor, award, or fellowship.

The health of the fundamental research enterprise and the needs of national security can both be satisfied by strict adherence to these principles of openness coupled with responsible stewardship. With that understanding, we can ensure that science will continue to advance, and the scientific enterprise can be held in the highest regard.

5. APS Board Statement on Open Science and a Recommitment to Research Principles.

Phillip H. Bucksbaum is the President of the American Physical Society and holds the Marguerite Blake Wilbur Chair in Natural Science at Stanford University, with appointments in physics, applied physics, and in photon science at SLAC.

Frances Hellman is APS Vice President, Dean of the Mathematical and Physical Sciences, Professor of Physics, and Professor of Materials Science and Engineering, University of California at Berkeley.