Members of the physics community have been mobilizing to promote equity, diversity, and inclusion within their individual institutions. Bringing these groups into a larger network to share their experiences and expertise can expedite systemic change for the physics community at large. The APS Inclusion, Diversity, and Equity Alliance (APS-IDEA) is creating such a network made up of teams from a wide variety of institutions, all committed to creating a social movement to transform the culture of physics.

APS-IDEA is a new initiative, supported by the APS Innovation Fund (IF), with a mission of empowering physics departments, laboratories, and other organizations to achieve cultural change. Two online workshops on June 12 and July 30 brought the newly formed network together to begin a collaborative effort to make the physics community welcoming to all.

“The ultimate vision for APS-IDEA that we’re heading for in say, 10 or 20 years, is to transform the culture of physics to be more equitable and inclusive, and with a diversity that better reflects the nation,” says Monica Plisch, Director of Programs at APS and a member of the APS-IDEA Steering Committee. “Essentially we’re seeking to establish a community of transformation.” 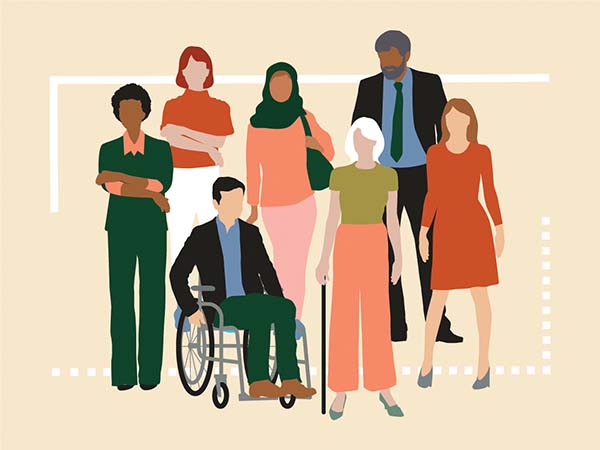 APS-IDEA was launched in October 2019, and the program is already exceeding expectations: The first call for applicants to join the APS-IDEA network took place earlier this year and garnered 109 applications in just over a month, outstripping the original goal of 25 to 30 teams.

“A short-term goal of APS-IDEA is to build up our network, and we’re off to a very good start in terms of engaging the community,” says Plisch. “Applications were mostly from US physics departments, but also included 14 international teams, 13 laboratories and four large collaborations. There were a wide variety of colleges and universities, including some Hispanic Serving Institutions and Historically Black Colleges and Universities. We've had very broad interest.”

A total of 97 teams—collectively including about 1200 individuals—were selected as inaugural members of the APS-IDEA Network. Each team is made up of members who represent a range of stakeholders, making sure to include both high-level members of physics departments and students.

“We encouraged the teams to have not just the senior people but also folks who are more junior or in positions of relatively low social power, because to make change you need that,” says Plisch. “The people at the top have the power to make change. The people at the bottom are the ones who have the clearest perspective on what needs to change. This is an example of what is called ‘shared leadership.’”

The two online workshops—both of which had identical content but were held on different days to maximize team involvement—gave APS-IDEA Network members their first chance to begin getting to know one another and learning about concepts for improving equity, diversity, and inclusion, such as shared leadership.

“Physicists are typically not aware of the social science literature, including some of the strategies from the business literature, the higher education literature, and others on how to change culture,” says Plisch. “At the first kickoff meeting, it was widely acknowledged that culture change is what we need to do.”

An impetus for creating APS-IDEA came as Plisch began to notice an uptick in physicists working to advance EDI within their physics departments, labs, and collaborations, but many groups were essentially working in isolation.

“It became clear to me that a lot of these folks were doing the work without the benefit of being connected to a larger community, and there was a need for connection to expertise, to the relevant literature, and to other folks who had done things successfully,” says Plisch. “I connected with Ed Bertschinger at MIT, who had a similar vision, as well as Jason Gardner who was chair of the Forum on Early Career Physicists, and we joined forces to submit a pre-proposal to the APS Innovation Fund.”

Through the IF review process, a couple of groups with a similar vision merged to develop a network of connected EDI efforts. The current APS-IDEA steering committee includes: Ed Bertschinger, Professor of Physics at Massachusetts Institute of Technology; Erika Brown, Education and Diversity Programs Manager at APS; Michelle Lollie, a physics graduate student at Louisiana State University; Jesús Pando, chair of the Department of Physics and Astrophysics at DePaul University; Monica Plisch, APS Director of Programs; Geoff Potvin, Associate Professor in the Department of Physics and the STEM Transformation Institute at Florida International University; Edward Price, Director of the Center for Research and Engagement in STEM education at California State University San Marcos; and Erin Scanlon, a postdoctoral scholar in the physics department at the University of Central Florida.

With the huge initial success of APS-IDEA, the Steering Committee is actively working to build up the infrastructure needed to advance the mission of promoting EDI in physics.

“When we got such a large number of teams applying, we realized pretty quickly we had to scale up our operation,” says Plisch. “We're actively seeking facilitators for online learning communities and recruiting more steering committee members so that we can fully support all of the teams that have joined the APS-IDEA Network.”

For more on APS-IDEA, visit the APS-IDEA page.