Attracting more industrial physicists to become APS members is a long-term goal of the organization, and Dan Pisano, Director of Industrial Engagement, is committed to making that happen.

“The key to achieving this goal is to make APS a part of the lives of physics students and early career physicists,” said Pisano, who earned his PhD in nuclear physics at Yale University.

“The more we can offer this group in helping them be successful in their careers, the more likely they are to stay with APS throughout their careers. With more than 70 percent of physics graduates going into industrial careers, there is a big pool of talent to attract to APS. Virtually all who go on to academic careers are lifetime members of APS, and we can get there, too, with physicists who go into industry.”

With a strong technical background and extensive business experience, Pisano is more than well-suited for his role, which he began in April.

“Most of the positions I have held required that I interact with customers around the world. I developed a skill in recognizing the differences in doing business in different countries,” he said. “As a result of my global responsibilities, I found myself on an airplane most days. I accumulated more than 3 million miles in frequent flyer points!” 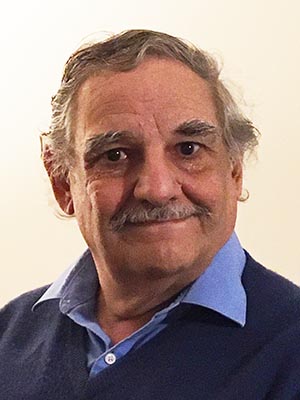 Pisano’s career began at Yale where he worked as a postdoc. Interestingly, he has been taught by and worked with more than 10 Nobel Laureates in physics, chemistry, and medicine.

“I did a lot more than just nuclear physics, including solving a fundamentally difficult mathematical problem in nuclear reactions which utilized the full capability of the Courant Institute’s supercomputer at New York University. I also dabbled in radio astronomy, astrophysics, and the atomic spectra of hydrogen-like iron, nickel, and manganese,” he said.

He added, “After three years as a postdoc, I decided that sitting in front of instruments and computers was not a good use of my talents. I had more ideas than I could pursue myself; yet, in terms of my experience, academia constrained physicists to be mostly sole contributors, and it limited team players (particle accelerator teams were the exception back then.) So, I decided to move into industry where the compensation was higher, where there were technicians who might be able to help me explore new ideas, and where team players were more welcome.”

Pisano landed his first industrial position with EMI Medical as a device physicist in Northbrook, Illinois.

“Little did I realize I was the first technical person the company hired for their startup to develop a practical [computed tomography] scanner for the world market,” he remembered. “The president of EMI slid a yellow pad across the table along with a Bic pen and asked me to tell him everything we needed to acquire to achieve our goal! Money was no object. ‘Oh, and what sort of people should we hire?’ He pointed to my desk in the corner of this warehouse, and I was off and running. All this for a 30-year-old with no business experience except what I had picked up from my dad.”

Pisano hired a team of about 10 physicists and engineers and they met daily over coffee and donuts at 7:30 a.m. to brainstorm how to develop the CT scanner. In about six months, they submitted a proposal to the board of directors who authorized Pisano to spend up to $65 million (in today’s dollars) to get the scanner to the prototype stage. A year later, in 1977, they demonstrated their prototype at an industry trade show to great fanfare.

Next Up: Manufacturing the Prototype Scanner

“The president of EMI encouraged me to take over manufacturing and quality, saying ‘You designed it. Now build it!’ In a real sense, the EMI president was my mentor. He encouraged me to visit physicians throughout the United States to learn what they really needed our new scanner to do for them to be successful in their medical practices. I was also interviewed by the New York Times and became a liaison to the Food and Drug Administration to explain how this new machine worked. I literally worked around the clock to keep things on track,” recalled Pisano.

EMI eventually sold the company to GE Medical, a leader in the CT scanner market. Pisano went on to work for another company and also started his own consulting business before beginning his position at APS.

These days, he is often working with Crystal Bailey, Head of Career Programs at APS, on developing career webinars to prepare young physicists for future jobs in industry.

“I’ve enjoyed working with Dan on building this new webinar series titled ‘Success in Industry Careers.’ Industry employers already clearly value what physics graduates bring to their companies, but they have also pointed out that other key skills and knowledge could be stronger in new hires; we hope that this webinar series will get students thinking about how to build these skills,” said Bailey.

Pisano noted that he and Bailey have tremendous support in their endeavors to improve the skill set of young physicists.

“Our driving force for assisting industrial physicists comes from all directions—the APS Industrial Advisory Board, the Forum on Applied Physics Executive Committee, and the Chairs of physics departments throughout the US,” he said.

Francis Slakey, Chief Officer of External Affairs for APS, is elated to have Pisano in this new role.

“Dan brings a wealth of experience to this position, and his background in customer service and tackling problems in a holistic manner will serve APS—and its entire membership—very well,” Slakey said.

The author is Senior Press Secretary in the APS Office of Government Affairs.