A Changing Dichotomy: The Conception of the “Macroscopic” and “Microscopic” Worlds in the History of Physics

Note: This article is adapted from the winning entry in the third annual essay contest sponsored by the APS Forum on the History of Physics. The full essay is available at aps.org/units/fhp.

“Two kinds of intellectual activity, both equally instinctive, have played a prominent part in the progress of physical science,” Jean Perrin wrote at the opening of his Les Atomes (1913) [1]. The tradition of induction is represented by Galileo and Carnot, who were capable of establishing physical laws through the direct observations and generalizations of experience. The inquiries guided by intuition include the works of Dalton and Boltzmann, which inspect the “hidden gears” of the empirical world and seek to “explain the complications of the visible in terms of invisible simplicity” [1]. The temporary success of one method, as Perrin opined, cannot deny the necessity of the other. Furthermore, he envisaged the day when the two approaches would merge into one—a time when individual atoms would be as visible as microorganisms.

Les Atomes, viewed by many as the manifesto for the reality of atomic hypothesis, was published at a critical point in the history of modern science. In modern vocabulary, Perrin’s dichotomy between the “inductive” and “intuitive” inquiries can be rephrased as the classification of physics research according to the scale of the physical objects being studied. However, few physicists of the following generations would fully accept Perrin’s criterion—visibility—as the most sensible standard to distinguish macroscopic phenomena from microscopic ones. In fact, given the progress of modern physics since the quantum revolution, one might find this borderline increasingly hard to draw. 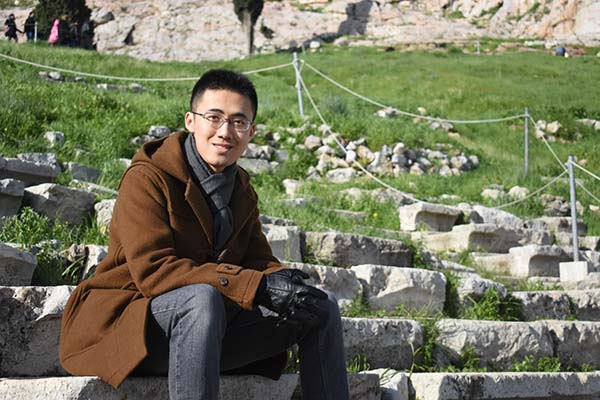 It would not be easy for modern minds to imagine a time when the study of the basic entities of matter was not only absent in scientific practice, but as some schools of thought claimed, should even be excluded from rational thinking. In Renaissance natural philosophy, “qualities”—the Aristotelian term for the causes of properties and natural effects—is divided into the “manifest” and the “occult,” depending on whether they are perceptible to human senses [2]. Magnetism, chemistry, and medicine are all “occult,” which appeared to be insensible and unexplainable, as inappropriate topics for rational philosophy. Such a doctrine was challenged during the Scientific Revolution. As René Descartes asserted, mechanical explanations will be found for all “occult qualities,” which are therefore within the scope of scientific reasoning [3]. Moreover, he believed all perceptible effects are essentially generated by those hidden mechanisms. Meanwhile, pioneers of experimentation demonstrated that human senses can be extended through the assistance of scientific instruments. A remarkable example is the microscope, which had a major impact on both academic research and popular culture.

The infant microscope marked the arrival of an age when miniature structures, previously invisible, could form an extended vision for the sake of scientific observation and experimentation. Those objects that are obscure to the unassisted eye but visible with optical equipment comprise the early modern conception of the “microscopic world.”

Fin de Siècle: The Struggle of the Atomic Hypothesis

Owing to the fast diffusion of the microscope as a gadget for research and leisure, by the late 17th century, its magnified image was deprived of the privilege of being a “new world” but absorbed into humans' natural sensation. In the meantime, the early modern period witnessed the renaissance of the ancient atomism—the belief that all matter is composed of undividable fundamental entities. Notably, Descartes, Boyle, and Newton all employed the model of “corpuscles” to explain astronomical motion, chemical reactions, and light, respectively. The reality of microscopic particles was eventually to be revealed thanks to the advances of statistical physics and electromagnetism in the second half of the 19th century. However, without direct experimental evidence, the true existence of these particles beyond a convenient hypothesis remained a matter of belief. For example, Ernst Mach, a firm positivist, would question whoever spoke to him of atoms: “Have you seen one?” [4].

One could hardly reply with a definite “yes” before Perrin’s systematic study of the Brownian motion and reliable measurements of the Avogadro number in 1907–1909 [5].

Around the same decade, various charged particles were observed and measured in cathode rays, cloud chambers, and falling drops, where particles are isolated from the bulk. Then came the prominence of reductionism in the practice of science: a complex phenomenon should be understood from the properties and configurations of its components. What was exactly opposite to the dominant philosophy before the Scientific Revolution almost became the new doctrine in the 20th century.

Considering these backgrounds, especially the struggle to validate atomic reality among fin-de-siècle physicists and chemists, Perrin’s criterion to differentiate between macro- and microphysics seems fairly reasonable. But unlike its meaning at the time of Huygens and Hooke, the “visibility” of scientific atomists does not refer to the resolution of the eye, but the very limit of experimental methods. This new notion, however, was soon to be modified when the foundation of physical science was rewritten by quantum mechanics.

Since the turn of the 20th century, physicists have been questing for the “most fundamental” building blocks of nature. Particles more elementary than atoms were discovered by methods that followed stringent standards. Moreover, Perrin’s prospect of seeing atoms under the microscope has indeed been realized. Invisibility is thus no longer the distinctive feature of the atomic world. “Microscopic” objects are thereafter not characterized primarily by their spatial scale, but through the physical laws they obey: being “microscopic” means their behavior has to be described using the formalism of quantum mechanics.

Different as it may sound from its predecessor, in practice this new criterion requires very few objects to be reclassified. For a long time, “microscopic,” “atomic,” and “quantum mechanical” more or less denote the same regime. However, this de facto correspondence has no solid basis: nothing in the current version of quantum theory forbids it from describing larger objects or more complicated systems.

This already came into the mind of Erwin Schrödinger as early as 1935, when he raised the “cat paradox” trying to present the absurdity of applying the quantum formalism to macroscopic things and living beings [6]. This paradox has nevertheless sparked the interest among contemporary physicists to study the quantum effects of objects much larger than atoms and molecules. In particular, certain types of solid-state device, once sufficiently isolated from the environment, possess a quantized energy-level structure and can be prepared to a state containing no more than a few excitation quanta, and even to a coherent superposition of different low-excitation states. Given the name “artificial atoms,” they are the basic components of the quantum machines, whose macroscopic degrees of freedom for control and measurement are intrinsically quantum mechanical [7].

Those systems containing a large number of particles and thus “macroscopic” in spatial scale but exhibiting quantum coherence lie in the scope of mesoscopic physics, in which the “macro–micro” borderline is separated from the “classical–quantum” boundary. In these cases, the breakdown of the one-to-one correspondence between “atomic” and “quantum mechanical” forces us to rethink the essence of the old two-world dichotomy.

Why does there have to be a dichotomy? In fact, more than a century ago, Perrin already conceived the merge of the two methods of inquiry. What we have been searching for is a universal set of basic principles, a consistent way of perception, that is applicable to all physical systems regardless of their spatial size or particle number. We are halfway toward this goal: On the one hand, the grand success of quantum mechanics grants us the confidence that the theory may also work at a larger scale. On the other hand, no one has ever found a “Schrödinger’s cat,” namely, an everyday object in a quantum superposition of classical states that are macroscopically distinct. Further explorations in mesoscopic physics might provide more insightful solutions to this dilemma.

After sketching a few key episodes in the history of physics, we find the conception of the “macroscopic” and “microscopic” worlds is by no means constant over time. Instead, it has been actively reflecting our limit of experimentation, perception, and comprehension regarding the composition and behavior of matter. Besides the development in theory and philosophy, the evolution of instrumentation plays an essential role in this odyssey. Interestingly, the reality of atomic hypothesis was verified through the study of the Brownian motion of granules under the microscope, and the operation of a quantum machine is based on the precise control and measurement of natural or artificial atoms. This three-stage relay is emblematic of the scientists’ growing capability of observing and manipulating the subtle structures of nature throughout the ages.

The author is a graduate student in the Department of Applied Physics and the Yale Quantum Institute at Yale University.