The APS Bridge Program launched in 2013 with support from the National Science Foundation to increase the number of PhDs in physics awarded to underrepresented minority students, particularly African American, Hispanic American, and Native American students. A significant gap exists between the number of underrepresented minority students who receive bachelor’s degrees in physics and the number of PhDs awarded. The Bridge Program works to fill this gap with a one- to two-year post-baccalaureate program, designed to give students experience and increased preparation for entering PhD programs.

In May 2019, the first PhDs were awarded to Bridge students Tommy Boykin and Kevil Galiano. Now, they are joined by two new Bridge alumni who have recently received PhDs: Brian Casas (University of California, Irvine, UCI) and Manuel Bonilla Lopez (University of Southern Florida, USF). Casas and Bonilla both took time away from new positions—Casas is a postdoctoral researcher at the National High Magnetic Field Laboratory, and Bonilla is an engineer at Intel—to share their stories of success and advice for other students hoping to launch careers in physics.

Casas, who studies exotic materials, pinpoints the beginning of his interest in physics to a childhood fascination with crystals after various field trips to museums. While he initially began his undergraduate career at Rutgers University as a chemistry major, he quickly switched to physics and eventually found his way into condensed matter research.

“For a large chunk of my undergraduate career, I didn’t know other physics majors and I didn’t know how to navigate that space with academia until I found other older students to be mentors,” says Casas. “I joined a research lab as a senior [studying] condensed matter—I worried about it being my first research experience, but I really enjoyed getting to study in a different way.” 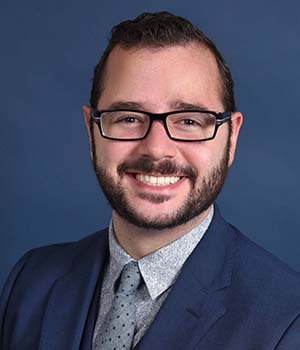 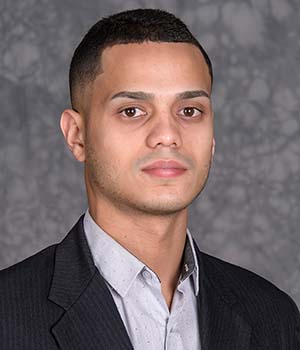 Inspired to continue his physics career, Casas applied to two graduate programs, but after being rejected from both, he applied to the Bridge program at USF, headed up at the time by Bridge Program Director Casey Miller. At the USF, Casas found a supportive community and a launching point for his research endeavors.

“It was a great experience because I [started] doing graduate course work, and with other Bridge Fellows there at the time, it had the largest population of Latinos I’ve seen in a physics department,” says Casas. “The culture was extremely supportive, and I had a sense [that] I could maybe succeed in this realm.”

For his PhD, Casas transferred to UCI to pursue his research interests in topologically non-trivial matter. “These are phases of matter that are fairly new, next-gen electronic materials. I’m not so interested in applications, but in fundamental research in material discovery,” says Casas. “I’d ultimately like to transition into a faculty position to focus on teaching and mentorship.”

Casas has been involved with mentoring undergraduate students at UCI, stressing the importance of fostering a feeling of belonging for students from underrepresented groups looking to continue their physics careers.

“There’s a general lack of support for underrepresented students in a lot of physics departments—many departments want to increase diversity without the resources or follow-through to make sure students succeed,” says Casas. “I’m lucky to be involved in mentorship programs, and the first students I mentored were at USF…I tried to find a way to distill whatever harsh realities I had faced into lessons to help others avoid pitfalls…Looking back, my undergraduate experience may have been different with more mentorship.”

For those looking to follow his footsteps toward a PhD, Casas reminds students to consider the long-term commitment in graduate school when selecting an advisor.

“Realize that your relationship with your advisor can last five to seven years—be deliberate about who you decide to work with,” says Casas. “It’s not just about the physics you’re interested in…consider the day to day interactions with an emphasis on your mental health.”

Like Casas, Bonilla’s interest in physics started before college and blossomed into a career in materials science research. Bonilla credits his high school physics teacher with setting him on his career path by fostering an interest in physics and acting as a mentor.

“I come from a small town in Puerto Rico and I was raised on a farm, so I didn’t know many professionals, but I had a good physics teacher,” says Bonilla. His teacher became a role model and an inspiration, as Bonilla made it a goal to study hard to have an opportunity to “become smarter than [his] teacher.”

Bonilla studied physics at the University of Puerto Rico, diving into research at a materials science lab during his second year at school. During his senior year, Bonilla was contacted directly by Miller, the Bridge Program Director, who asked him to apply to USF as part of the Bridge Program. “I was so busy at the time with tests and other responsibilities that I hadn’t had time to apply to other programs. The timing was really perfect,” says Bonilla.

Bonilla spent two years at USF in the Bridge program before applying to a PhD program, also at USF. While completing research in two-dimensional materials for his PhD, Bonilla recognized that the long hours of academic research didn’t appeal to him as a future career, so he began searching for careers in industry. He stresses that students should keep an open mind when trying to decide on a career path in physics—and remember that careers exist outside of academia.

“Plan to be flexible in choosing a career…Work hard, but don’t [believe that] all of your opportunities [are] in one place,” says Bonilla. “People tend to make you think you have to go to plan A or you’re a failure, but it’s your career, and your life—don’t let your boss or a professor dictate what you do.”

He also emphasizes staying true to oneself, both while selecting a career or navigating academia, especially as a minority student.

“Go into a field that makes you feel comfortable—especially [if you are a minority not well] represented in physics,” says Bonilla. “You have to understand that the things that represent you will be seen as outside of the normal…try to be true to yourself, don’t try to be just like your professors to be successful in academia. Be different, be the first one—do it as yourself.”

For more information about the APS Bridge Program or to apply, visit the Bridge web page.