Lewis Latimer: The Shadow Behind the Light Bulb

The post-civil war period in the US saw many scientific discoveries foundational to technology today. Notable among these breakthroughs was the invention of the incandescent light bulb, attributed to the famous Thomas Alva Edison [1], along with his less-known African American collaborator, Lewis Howard Latimer.

When illustrious scientific minds such as Edison and Hiram Maxim raced towards new heights of innovation, Latimer’s knowledge of physics and electrical engineering proved invaluable. During a season of explosive change in American culture, Latimer’s rise from the son of a slave to remarkable inventor is a historical gem, although the details of the story have fallen through the cracks of history. The existing records about Latimer are scarce and in somewhat poor agreement on important specifics concerning his relations to the early electric lighting industry, greatly inhibiting the accessibility of his story. 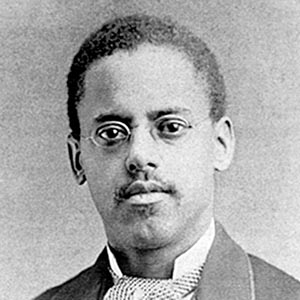 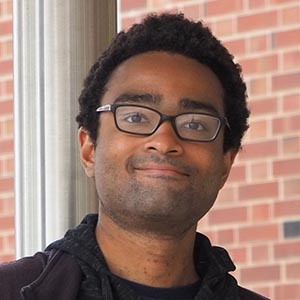 Latimer, from Desk Clerk to Draftsman

Born in Chelsea, Massachusetts, on September 4, 1848, Latimer was the youngest of four born to George and Rebecca, who had escaped from slavery in Virginia in 1842. In 1864, seven years following the famous Dred Scott case, George Latimer went into hiding, fearing the return of slavery, leaving sixteen-year-old Lewis to falsify his age and enlist in the United States Navy to support his mother and siblings during the Civil War [2].

After an honorable discharge, he took up a desk position at the Crosby and Gould patent law office, where he taught himself mechanical drawing and drafting by observing the work of the firm's draftsmen. While records do not unanimously agree on Latimer’s level of formal education—some suggest he received training at Phillips Grammar School in Chelsea, others insist he was largely self-educated [2]— there is no doubt of Latimer’s profound skill in physics, mechanics, and design.

As a desk clerk, Latimer was able to hone a profound attention to detail and a thoughtfulness that made the office boy stand out even among experienced professionals. Recognized for his talents and quick wit, Latimer was soon promoted to draftsman. As a draftsman, Latimer was integral to a number of revolutionary projects, including Alexander Graham Bell’s design of the telephone [3]. Before long, Latimer became directly involved with the booming field of incandescent lighting physics.

Latimer as an Expert in his Field

In 1880, Latimer was sought as an assistant manager and draftsman by Maxim, Edison’s primary competitor, at the US Electric Lighting Company. Years later, Latimer was recruited by Edison at the Edison Electric light Company.

The available details surrounding Latimer’s work with Edison and Maxim are highly controversial: Some sources make no mention of his scientific prowess, remarking only on his activity as a patent clerk. Other sources insist that Latimer was a scientific equal and forerunner on these research teams and that the records are far too deferential to Edison individually. These scholars speculate the deference was likely a reflection of the times when big ideas couldn’t possibly be ascribed to non-white people [2]. However, substantial evidence exists for one of Latimer’s contributions: the integration of the carbon filament into the 1879 design credited to Edison. The filament was able to better regulate electrical discharge because of the natural durability of carbon, significantly lengthening the lifetime of the bulb for practical use [4]. While working with Edison, Latimer wrote the time’s most thorough book on electric lighting, the 1890 Incandescent Electric Lighting: A Practical Description of the Edison System.

For this work, Latimer was formally acknowledged as one of the charter members of the Edison Pioneers, a distinguished group of people deemed responsible for creating the electrical industry. Latimer was the only person of African ancestry in the organization when it was officially formed on January 24, 1918. In 1929, on the 50th anniversary of Edison’s pre-carbon filament design of the light bulb and widely heralded invention of electric light, Latimer’s two daughters were guests of honor of the Edison Pioneers’ annual meeting. However, when the 75th anniversary was celebrated in 1954, no mention of Latimer was made [4].

Latimer on Electrical Energy and the Carbon Filament

In Incandescent Electric Lighting, Latimer recounts the physics that lay the foundation for electric lighting [5]. Latimer had a mastery of his craft and a gift for teaching and is said to have even shared his passion with his siblings and mother before her death in 1910. This book was extremely popular as it presents how an incandescent lamp produces sustainable light in an easy-to-comprehend, conversational style. In this text, Latimer describes that although complex, the electric generator is possible to understand.

In his book, Latimer explains that the same force responsible for shifting a needle around on a smooth table as a magnet waves over it can also induce electrical current in a copper wire [5]. Latimer intuitively applied the basic concepts of electromagnetism, a term coined by Danish Scientist Hans Christian Oersted in the 1820s and rigorously formalized by Scottish scientist James Clark Maxwell in the 1860s. The central idea communicated in Latimer’s work is the function of the electric generator: to convert the mechanical energy imparted to it into electrical energy.

The level of detail with which Latimer writes on the physics and mechanics of the incandescent bulb suggest he played an integral role in his partnership with Edison and Maxim. In Latimer’s publication, he describes a relationship between a force, an electric current, and a magnetic field, a concept we now know as magnetic torque, using a loop of wire mounted on a rotating shaft between the two poles of a horseshoe magnet. By turning the shaft rapidly between the two poles, an electric current can be generated in the loop of wire, effectively converting mechanical energy into electrical energy to be used for the light bulb—the same principle is at play in modern generators. Desire for control over this energy conversion in powering lighting systems inspired Latimer to modify Edison’s original designs with one of his own: the carbon filament bulb.

While Edison is widely considered the “Father of Electricity” for his developments in electrical engineering, including a preliminary light bulb, his model was far from the finalized product for which he receives recognition. The original light bulb only burned for a few short hours, even though its platinum filament delayed melting [1]. It was clear that for practical use, changes to the burning filament were necessary. Some claim Edison tested thousands of materials for filament manufacturing before happening upon the best one while others call it a sheer stroke of genius. In fact, an overwhelming amount of evidence suggests that the famed giant stood on the shoulders of Latimer’s physical intuition and sound methodology [3].

In Incandescent Electric Lighting, Latimer describes the causes of the problem from two practical stand points: (1) a combustible material requires oxygen to burn, and (2) the light bulb burns out because the filament gets too hot and conducts more current than it can sustain. In addition to pumping air out of the bulb, Latimer also suggested that, “while the copper and platinum wires readily conduct the current, the carbon filament offers a great deal of resistance to its passage” [5]. Now well known in modern science, carbon can conduct heat well, and it is one of the best materials at dissipating energy in the form of heat and light, thus this new bulb is described incandescent.

Lewis Latimer, a Man Worth Remembering

Although some details of his history may be lost to time, Latimer’s journey as a Black scientist during a tumultuous period in a highly transformative field can still be recognized and appreciated. From the son of slaves to accomplished intellectual, Latimer’s story has the power to inspire not only people of color, but all members of the scientific community and society at large. This letter is a call to the academic world to remember and lift up the shadows behind other intellectual lights.

I emphatically recognize Gary and Sonya Williams, two people without whom I would not be here, and my young brother Gaoshua Williams. My parents imparted to me the value of hard work, the importance of perspective, the will to resist mediocrity, and an appreciation for my African ancestry that inspired this letter.

I dedicate this letter to all those who came before me and those who will come after.

The author is a PhD candidate in the Department of Physics, University of Illinois at Urbana- Champaign. This article is adapted from his winning essay for the APS Forum on the History of Physics Essay Contest. The full essay can be found at engage.aps.org/fhp/resources/essay-contest.