Neil Ashcroft, a theorist who paved the way for high-temperature hydrogen superconductors and was renowned for his commitment to educating the next generation of physicists, died on March 15 in Ithaca. He was 82.

For his work, Ashcroft collected honors including a Guggenheim Fellowship and the Bridgman Award for high pressure physics. In addition to his leadership positions, Ashcroft was an honorary fellow of the Royal Society of New Zealand, a foreign member of the Russian Academy of Sciences, and elected to the National Academy of Sciences. He was a fellow of APS.

“He could well have shared a future Nobel Prize on high-temperature superconductivity,” said N. David Mermin, his longtime colleague at Cornell University. “That was really uniquely Neil's way of thinking about things—I don't think anybody else had thought about what hydrogen would be like if the hydrogen nuclei were extremely dense.”

Ashcroft had a fitting mantra to describe many of his research interests: “Whatever it is, squeeze it.” In 1968, he published a paper in Physical Review Letters simply titled “Metallic Hydrogen: A High-Temperature Superconductor?” Four decades later, he made another seminal contribution to the field by proposing chemical precompression in a hydrogen alloy—the other element would squeeze hydrogen into a lattice even before external force was applied. His work formed the backbone of research that, last year, led to the first ever room-temperature superconductor: a hydrogen alloy under 2.6 million atmospheres of pressure.

“Theory, experiment, everything that we all do—it’s his ideas that we are putting into action,” said Ranga Dias, a physicist at the University of Rochester who led the team that created the room-temperature superconductor. “It's a big loss to our field.” 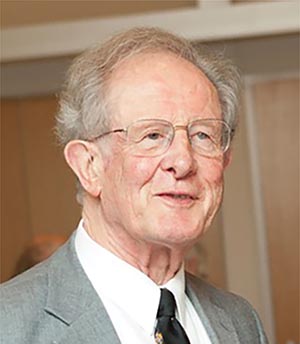 Neil William Ashcroft was born in London in 1938, but after World War II ended, his family emigrated to New Zealand, where he was raised by his mother. Ashcroft got his bachelor’s and master’s degrees at what was then Victoria College of the University of New Zealand, before he went back to Cambridge for his PhD under John Ziman, working on the Fermi surfaces of metals—the aesthetically pleasing shapes that show which electron orbitals are filled or unfilled at absolute zero. By 1964, Ashcroft made his way to Cornell, where he remained for the rest of his career. But he never forgot his roots in New Zealand.

“Once a year Neil would turn up and he'd usually stay for about a month over the New Zealand summer with his wife and to catch up with friends,” said Nicola Gaston, a physicist at the University of Auckland. “He was so self-effacing and humble about who he was that there are a lot of people who probably don't realize how significant a role he played behind the scenes.”

In addition to his work guiding science in New Zealand, Ashcroft organized numerous conferences and served as a mentor to many students—even those who he didn’t supervise. But his greatest impact on physics came through the textbook he coauthored with Mermin, Solid State Physics, an encyclopedic tome simply known as Ashcroft and Mermin. Published in 1976 after 7 years of work and never revised, it remains the gold standard for condensed matter texts even half a century later, despite massive advances in the field.

“Traditional solid state physics books always began—and still do—with crystallography,” said Mermin. “Which is a very boring subject and quite technical, and one of the good things about the book was getting right into the physics.”

The first two chapters in Ashcroft and Mermin instead cover the Drude and Sommerfeld theories of metals.

“What is the simplest model, the spherical cow model, that physicists could do? Have a solid state material with a sea of electrons that do not interact with each other,” said José Menéndez a physicist at Arizona State University. “The approach is so logical and so physical … I really do think that it’s one of the best physics books ever written.”

Mermin attributes the success to repeated revisions and collaboration between himself and Ashcroft.

“I would write something that I could understand and send it back to Neil. Neil would then correct all the mistakes I had made and send it back to me. Every chapter went back and forth several times,” he said. “Neil approached it more almost as a chemist than as a physicist, in the sense that he was deeply interested in materials he was talking about. I approached it more as a mathematician, in that I was interested in the structure of the theory. I think one of the reasons the book has been so successful is that we managed to combine those two very different perspectives.”

Roald Hoffmann, a Nobel-winning chemist at Cornell whom Ashcroft collaborated with toward the end of his career also praised the book.

“Ashcroft and Mermin has a certain style and verve to it, aside from the pedagogically very clear orientation,” he said. “It's very important to me, and I wish I had written something like that in chemistry.”

Though Ashcroft was a “pen and paper” theorist, he was also instrumental to the development of density functional theory (DFT), according to his former graduate student, Jeff Neaton, a physicist at Lawrence Berkeley National Lab and the University of California, Berkeley.

“He viewed DFT as like a canvas of sorts,” Neaton said. “I think he showed the community how to use DFT to explore specific realizations of physics he was interested in.” In 1999, Neaton and Ashcroft used DFT to make the first prediction that lithium under high pressure would behave strangely, pairing up like diatomic hydrogen molecules.

“I feel like he was a role model who showcased what science should be and how it should operate,” said Gaston. Ashcroft was especially attuned to making younger researchers feel comfortable and by all accounts, was extremely generous with his time.

As an undergraduate in Sri Lanka, Dias was stuck on a problem in Ashcroft and Mermin, so he decided to send an inquiry straight to the source. “I really did not expect to get a reply,” he said. “Sure enough, he replied, and he walked me through the mistakes.”

The author is a freelance writer based in Bellport, New York.