The Frontiers of Physics (FOP), a US-based collaborative program, held the first US-Bangladesh Conference on Physics in partnership with University of Dhaka and the Bangladesh Physical Society (BPS) in Dhaka, Bangladesh on February 5 and 6, 2021. FOP was founded in 2019 for the purpose of advancing science and education in Bangladesh by Charles Clark (National Institute Standards and Technology), and the author (The Ohio State University). Clark’s interest in promoting science in Bangladesh was inspired by his collaborator, well-known Bangladeshi American neutron spectroscopist Mohammad Arif, who passed away recently. Clark provided the start-up funds for FOP and I am the FOP liaison to Bangladeshi institutions. BPS covered the expenses for the conference.

The inaugural conference year of 2021 was chosen to coincide with the centennial anniversary of the University of Dhaka and of Satyendra Nath Bose joining its Physics Department. It was there that Bose, while giving lectures on radiation, introduced a new concept of particles with integer spin, now called bosons. This concept led to the development of Bose-Einstein statistics and the prediction of Bose-Einstein condensates.

The US-Bangladesh Conference on Physics featured Nobel Laureate Eric Cornell as the public keynote lecturer. Cornell was awarded the 2001 Nobel Prize in Physics, along with Carl Wieman and Wolfgang Ketterle, for experimental verification of the existence of Bose-Einstein condensates. The conference also featured presentations by seven speakers from Princeton University, University of Florida, The Ohio State University (OSU), the Joint Institute for Laboratory Astrophysics (JILA), and NIST, and by seven of the most active researchers from the Bangladesh Universities of Dhaka, Chittagong, Jahangirnagar, Rajshahi, Engineering and Technology (BEUT), and the Atomic Energy Commission (BAEC).

The organizing committee selected the conference sessions with three objectives: (i) to highlight current physics research in Bangladesh and in the US for prospective collaborations, (ii) to present available opportunities for studying at US universities to students and research exchange programs to Bangladesh researchers, and (iii) to inspire and motivate students and researchers with a Nobel Laureate's public lecture. Due to the COVID-19 pandemic, the conference convened on zoom and was streamed live through nine Facebook accounts. The program ran for four and a half hours both days during the evening hours in Bangladesh and morning hours in the US. The presentations were viewed by thousands all over Bangladesh and by many from Pakistan, India, Turkey, Malaysia, Japan, Germany, Ireland, and the US. 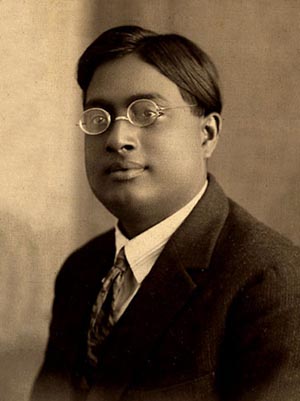 The Minister of Education of Bangladesh, Dipu Moni, inaugurated the conference. Earl R. Miller, US Ambassador to Bangladesh, spoke on US educational and research opportunities for Bangladeshi students and researchers. Cornell (JILA) explained Bose-Einstein condensation for a general audience, and the other US and Bangladeshi speakers covered large areas of physics and astronomy. Clark spoke on how neutrons, which can travel through matter easily, enable imaging structures in dense matter, testing quantum entanglement and studying matter-wave optics. Anil Pradhan (OSU) spoke about modeling of exo-planets, and I presented a spectroscopic interpretation of observation of lanthanides following the detection of gravitational waves created during the merger of two neutron stars. M. Zahid Hasan (Princeton) discussed topological concepts of quantum phases of matter with experimental verification of a topological insulator whose surface hosting an unpaired Dirac fermion can give rise to topological superconductors with helical Cooper pairing. Khandker Muttalib (Florida) spoke on the study of thermoelectricity for possible use in green energy production. Sheikh A. Akbar (OSU) spoke about ceramic nano-heterostructures in materials design that can be platforms for sensing and biomedical applications and presented results on the successful creation of various nanofibers and nanostructures in his lab without the use of lithographic techniques.

Among the Bangladeshi speakers, two presented new findings that have not been observed before: A. A. Mamun (Jahangirnagar) discussed identification of new nuclear-acoustic waves in cold degenerate quantum plasma. Khondkar Siddique-e-Rabbani (Dhaka), founder of the Department of Medical Physics at the University of Dhaka, spoke about imaging techniques that he has developed for the study of the stomach, lungs, and any small region inside the body and the characterization of breast tumors to determine malignancy. Syed M. Hossain (BAEC) described the nuclear infrastructure in Bangladesh. Golam Mohammed Bhuiyan (Dhaka) reported his theoretical study of the behavior of liquid metallic binary alloys. M. Idris Miah (Chittagong), who does his research in Australia whenever the opportunity arises, spoke on multiphoton spin generation and detection in semiconductors. M.A. Hakim (BUET) presented results on size dependent properties of nanostructured materials. Saleh H. Naqib (Rajshahi), who is currently collaborating with researchers at Cambridge University, spoke on the study of the pseudogap in hole-doped cuprates, which show superconductivity at high temperatures.

The session devoted to helping students and researchers find information on US universities, exchange programs, and relevant funding sources was introduced for the first time at a Bangladesh Physics conference. This session included EducationUSA Director Iqbal Sohel (US State Department). At the concluding ceremony, Cornell, Clark, Nahar, and Hasan were honored as new Fellows of the BPS by its President Mesbahuddin Ahmed.

The impact of the conference was very inspiring. Audience questions indicated high interest in opportunities to study in the US and exchange research programs. However, students and researchers often find their qualifications, particularly in research, do not match the standards of the universities they would like to attend or visit. It would be highly beneficial to initiate an International School of Young Physicists (ISYP), similar to the International School for Young Astronomers run by International Astronomical Union (see APS News, October 2019), for students and young researchers in developing countries.

Sultana Nahar is a research professor of astronomy at The Ohio State University, co-author of the textbook Atomic Astrophysics and Spectroscopy, creator of the NORAD-Atomic-Data, co-director of the STEM ER Center, and adjunct professor of physics at Aligarh Muslim University and Cairo University. She has introduced over a dozen educational and research programs in Bangladesh.