The US House of Representatives recently approved a reversal of the Trump Administration’s rollback of methane emissions regulations, following robust engagement by APS members to support the change. The resolution, which was passed by the Senate in April, will now head to President Biden for his signature.

“We are extremely happy about this development, which will help reduce methane emissions from the oil and gas industry in a significant way. APS members have consistently ranked climate change as one of the issues most important to them, and they deserve credit for dedicating their time to reach out to their members of Congress to urge action on this matter,” said Mark Elsesser, Director of APS Government Affairs.

In response to recent scientific results indicating that the negative environmental impacts of methane are significantly higher than previously estimated, the Society submitted a public comment in fall 2019 to the US Environmental Protection Agency (EPA), opposing the agency's proposed policy amendments to curtail regulation of greenhouse gas emissions. The amendments would have eliminated requirements on oil and gas companies to install technologies to monitor methane leaks in pipelines, wells, and storage facilities. APS had urged the EPA to instead carry out a rigorous assessment of methane emissions—a major contributor to climate change.

“With the risks of methane emissions now determined to be higher than previously estimated, this is not the time to be relaxing regulations,” APS stated in the comment. 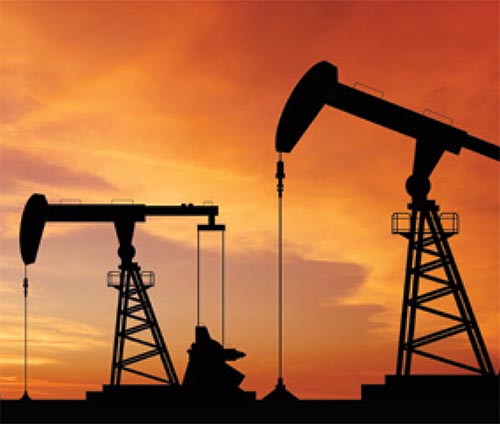 Unfortunately, regulations concerning methane leaks were put in place when new EPA rules were finalized during the last few months of the previous administration. But with support from APS Government Affairs, Society members pushed back by asking their congressional members to support a reversal of the rollback.

Both the House and Senate had recently introduced a joint resolution of disapproval via the Congressional Review Act, which provides an opportunity to quickly address the issue rather than going through the lengthy rulemaking process to reverse the rollback of methane emissions regulations.

“Climate change is among the chief priorities identified by APS members, and they have responded in force to this effort. Nearly 800 APS members took action to contact their representatives and senators when we sent out the call to action, which is a phenomenal showing of support,” said Callie Pruett, APS Senior Strategist for Grassroots Advocacy.

“Furthermore, when we asked for members in Ohio to make extra calls to Senator Robert Portman (R-OH), many responded and did so. It is a sign of our members' impact that Senator Portman was a supporter of this resolution.”

According to a report by the Climate & Clean Air Coalition in conjunction with the United Nations Environment Programme, “cutting human-caused methane by 45% this decade would keep warming beneath a threshold agreed by world leaders.”

The report further notes multiple benefits of reducing methane, including a rapid reduction of warming to help prevent dangerous climate tipping points; an improvement in air quality that can save hundreds of thousands of lives; the prevention of crop losses, leading to better food security; and the creation of jobs through mitigation efforts.

The APS Panel on Public Affairs and the Optical Society (OSA) are doing their part to address the methane issue via a joint study covering the technological gaps in sensing and monitoring methane emissions from oil and gas companies. The report will also identify the role of basic and applied physics in enhancing or developing new sensors and sensing platforms required to detect emissions.

Raymond L. Orbach, former Undersecretary for Science in the US Department of Energy during the George W. Bush Administration and retired professor at UT Austin, who serves as co-chair of the study, said the report is timely because of the need to respond to the IPCC greenhouse gas reduction targets. Failure to respond will exacerbate the effects of climate change on lives around the world, said Orbach.

“The APS/OSA report is important because the data makes it clear that methane is an important greenhouse gas, and its growing atmospheric concentration poses a real danger to our planet. Fugitive methane emissions from oil and gas production, in combination with flaring of natural gas, are adding to the concentration of greenhouse gases in the atmosphere. The resulting impact on climate change makes reduction of methane emissions essential if we are ever to meet the goals set by the Paris Climate Agreement,” he said.

APS members still have time to take action on the methane issue. The letter remains active for House members, and APS members can continue to show their support by contacting their congressional representatives concerning this important matter.