The hard work of APS members and APS Government Affairs (APS GA) paid off handsomely last year after several of the Society’s science priorities were included in legislation in both the House and Senate. And in some cases, those priorities were signed into law. APS GA enabled more than 8,200 contacts in 2021 from Society members to federal policymakers and their staff. Members helped advance the Society's science policy priorities through emails to Congress, social media posts, phone calls, an op-ed, and virtual visits to DC and local congressional offices.

“As I think about the Society’s accomplishments during the past year, I am extremely proud of how APS Government Affairs continued its long tradition of partnering with our members to advocate for policy priorities that are important to keeping our nation’s scientific enterprise strong,” said APS President Sylvester James Gates, Jr. “I’m eager to see that tradition continue into 2022 and beyond.”

Mark Elsesser, Director of Government Affairs, added, “Our members remain dedicated to working with our staff to advocate for physics and amplify their voices for science, even when the pandemic has created additional responsibilities for many. Our combination of grassroots advocacy, meetings by APS leadership, and data-driven policy reports are helping us persuade Congress to take steps to address the physics community’s policy priorities.” 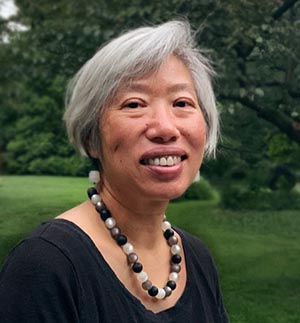 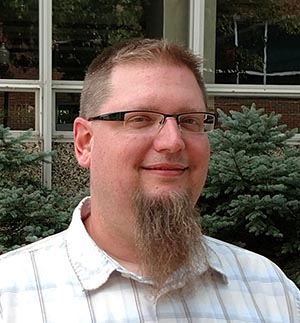 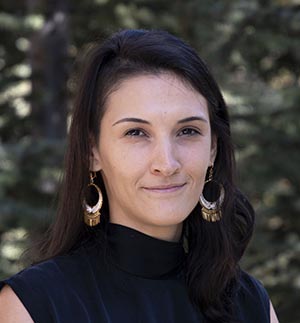 The 2021 APS Congressional Visits Day (CVD) held during the APS Annual Leadership Meeting was one for the Society’s history books. It was the Society’s first virtual CVD, with more than 60 APS members from around the country participating—including some currently living abroad—in more than 80 congressional meetings. Based on members’ accounts, their experiences were both positive and productive.

To prepare for the unique, all-virtual, two-day event, APS developed a new website hosting the one-page summaries of APS’s science policy priorities, which was accessible by congressional staffers. They also set up a virtual lounge that allowed APS members to communicate with one another and provide feedback to APS GA staff. The APS GA team utilized these new tools again in June when they organized a CVD for about 40 physics department chairs during the APS-AAPT Department Chairs Conference.

Callie Pruett, Senior Strategist for Grassroots Advocacy, remarked, “Last year, despite all the challenges presented by COVID-19, our advocates virtually raised their voices on behalf of APS and on behalf of the science community. Looking back, I admire each of them for their courage and commitment to making our world a better place even when the world was a very scary place. They didn’t have to step up, but they did.”

Last year, APS GA partnered with multiple science societies to advocate for major pieces of legislation addressing science and innovation. A primary one was the NSF for the Future Act, which aims to accelerate American innovation by expanding the agency’s use-inspired research and strengthening the agency’s curiosity-driven fundamental research programs. The reauthorization bill also includes provisions to address a number of APS’s policy priorities, including broadening participation to bolster the domestic STEM workforce. APS GA underscored the importance of that provision in its report, “Building America’s STEM Workforce: Eliminating Barriers and Unlocking Advantages. Additionally, APS President Sylvester James Gates, Jr. and Gerald C. Blazey, Vice President for Innovation and Partnerships at Northern Illinois University, partnered to write an op-ed about broadening research opportunities in The Hill, one of Capitol Hill’s main media outlets.

To support the NSF for the Future Act, APS launched a community sign-on letter, gathering more than 1,650 signatures of members of the scientific community. The House Science Committee posted the letter to its support page for the bill and shared it with the Speaker of the House’s legislative team.

Additionally, several pieces of legislation addressing some of APS’s policy priorities passed out of the House in May, including the Supporting Early-Career Researchers Act, the STEM Opportunities Act, the MSI STEM Achievement Act, and the Combating Sexual Harassment in Science Act, a bill that has long been a priority for APS GA. In support of these bills, APS members contacted Congress more than 800 times through email, calls, and social media in early 2021. Some of these bills also are included in Sen. Majority Leader Chuck Schumer’s (D-NY) US Innovation & Competition Act (USICA), which passed the Senate with bipartisan support in June. In November, Congress agreed to merge some of the House bills, including NSF for the Future, with USICA, as the next step to having Congress pass a final bill for President Biden to consider signing.

In 2020, the Trump Administration sought to eliminate the current “duration of status” guidelines that allow international students who study in the US on certain visas—such as F and J visas—to remain in the country for as long as they maintain compliance with their terms of admission. In response, about 1,600 APS members submitted personal comments opposing the proposed rule change, and the Society’s members were responsible for approximately 1 in every 20 comments submitted concerning the proposed rule. On July 6, 2021, the Department of Homeland Security withdrew the notice of proposed rulemaking.

In other visa and immigration news last year, APS GA continued to advocate for Congress to authorize international students pursuing advanced STEM degrees to express their intent to stay in the US and pursue their careers post-graduation; and to provide any international student who earns an advanced degree in a STEM discipline a clear path to a green card by exempting them from any green card caps. The APS-endorsed Keep STEM Talent Act and the US Citizenship Act both include similar legislative provisions.

The APS Council approved a revision of the Society’s climate change statement in November, clearly implicating human activities as the “dominant driver” of climate change. In a move aimed to help address climate change, Senator Martin Heinrich (D-NM) and Representative Diana DeGette (1st-D-CO) introduced joint resolutions of disapproval in the House and Senate in March, using the Congressional Review Act to reverse the rollback of regulations for methane emissions from the oil and gas industry during the Trump Administration. APS members contacted Congress nearly 2,300 times in support of the joint resolutions via email, phone calls, and social media. The Senate passed the bill on April 28, and the House did the same on June 25. President Joe Biden signed the legislation into law on June 30, restoring Obama-era methane regulations.

Since the release of an APS Board Statement in February 2020, the Society has advocated for the federal government to take a balanced approach to address its concerns regarding research security and foreign influence. The Society has engaged policymakers on this issue through letters from the APS President, meetings with APS leadership, APS GA reports and more than 600 letters from APS members to Congress. These efforts began paying off late last year.

In a letter addressed to Biden Administration officials, APS President Sylvester James Gates, Jr. outlined a series of recommendations for adjusting the China Initiative—a targeted effort that is sowing fear among some APS members, restricting legitimate international scientific collaboration, and hindering the US in the race for global talent. Furthermore, during a meeting with the FBI, agency staff described plans for a research security “pivot,” which involves a rebalancing of investigations where the FBI focuses on intentional, malign activity and other federal agencies together with professional societies handle non-disclosure cases that are administrative or inadvertent in nature.

In addition, Secretary of State Antony Blinken signed a delegation of authority on August 25, 2021, stating that Chinese students could obtain a visa to study and conduct research in the United States if their entry is deemed “in the national interest.” The delegation of authority gives the US consulates abroad who provide visas the ability to make exceptions to Presidential Proclamation 10043, which bars Chinese students and scholars who allegedly have ties to China’s “military-civil fusion strategy” from studying and conducting research in the United States. The Trump Administration issued the proclamation, which remains the current policy.

APS members raised their voices on this issue through more than 600 letters to Congress.

At a time when Congress was confronting many unprecedented issues, US Rep. Joe Neguse (CO-D-2nd) kept another important matter—access to affordable helium—on its radar by re-introducing the “Securing Helium for Science Act” during the 117th congressional session. Neguse originally introduced the bill in December 2020. If passed into law, the legislation would provide researchers supported by federal grants the ability to continue to purchase helium from the Federal Helium Reserve at a discounted rate for eight years after its sale, which is scheduled to be completed in September 2022. APS GA has also advocated for funding for key federal science agencies to support robust helium recycling programs for principal investigators. Helium recycling provisions were included in both the National Science Foundation (NSF) for the Future Act and the Department of Energy (DOE) Science for the Future.

In 2021, the APS-supported Physicists Coalition for Nuclear Threat Reduction sponsored 53 colloquia, virtually and in-person, at universities and a few national laboratories across the country. Given by a team of 13 experts, the talks highlighted the physics, history, and risks of nuclear weapons as well as potential policy opportunities to reduce their dangers. After each colloquium, interested attendees were invited to stay to learn more about the coalition, which grew to about 600 members in 2021. Launched in 2020 to inform, engage, and mobilize the US physics community around the danger posed by the world’s nuclear weapons, the coalition is supported by the APS Innovation Fund. APS GA guides coalition leaders on advocacy topics and in other pertinent areas. One of the coalition’s first advocacy activities was to push for a five-year extension of the New Strategic Arms Reduction Treaty (New START), with advocates sending more than 175 letters. In early 2021, the Biden Administration extended New START through 2026, maintaining the current arms control regime and providing both governments time to negotiate a future agreement.

The author is APS Senior Public Relations Manager. Members of the APS GA team also contributed to this article.